The EU’s Green Deal and Austria’s efforts to generate the total demand for electricity in Austria based on renewable energies call for a boost of advancement in the hydropower industry. 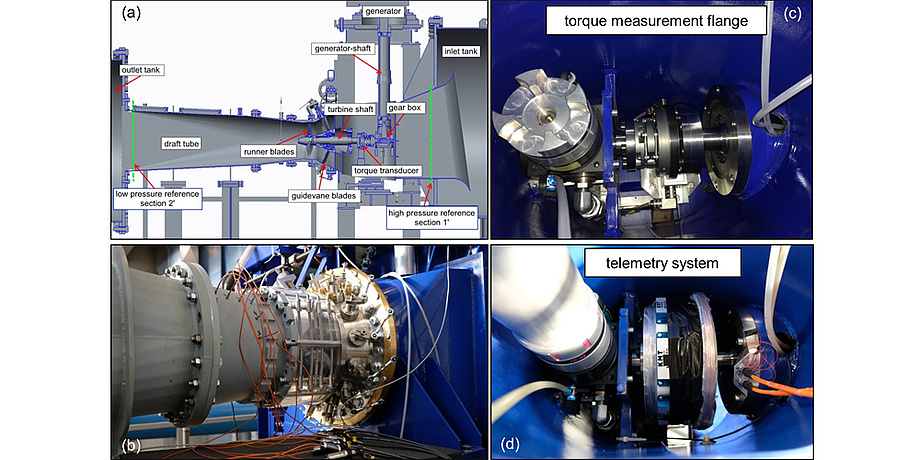 At present, hydropower is the only technology capable of storing and generating renewable electrical energy on a large scale, on-demand and in large capacities.

All forms of generation or storage of electrical energy have one thing in common: in a best-case scenario, a power plant should be available everywhere, however not in the vicinity of habitats and invisible to the eyes of the observer, regardless of whether it is hydroelectric power in urban areas, wind parks in alpine regions, photovoltaics in agricultural regions, chimneys of thermal power plants, or nuclear power plants near our country’s borders.

Potentially, proximity to residential areas and people, in general, has an unwanted influence on permissible emission levels. It is, therefore, standard practice to devote particular attention to problems such as noise or vibrations, audio-visual impairments or the ecological impact in general. Although these aspects are nowadays essential in the development of power plant sites and their mechanical equipment, the cost issue is especially critical for hydropower. Due to increasing grid requirements, machines are being operated in areas as never before, leading to increasingly innovative cost-optimised projects for hydropower technology. As of the growing integration of other renewable energy sources, the market calls for permanent partial load operation at the lowest possible level, speed variability and increased load change frequency. Research on hydraulic machines and their upgrading is therefore carried out on different levels. Upgrading and repowering machines for this purpose requires virtual and experimental tests, some of which are presented as selected examples in the following. 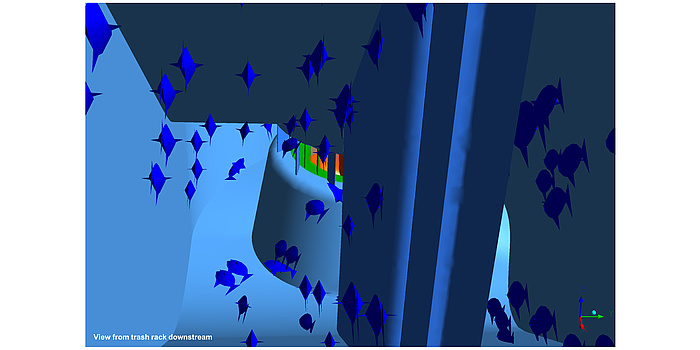 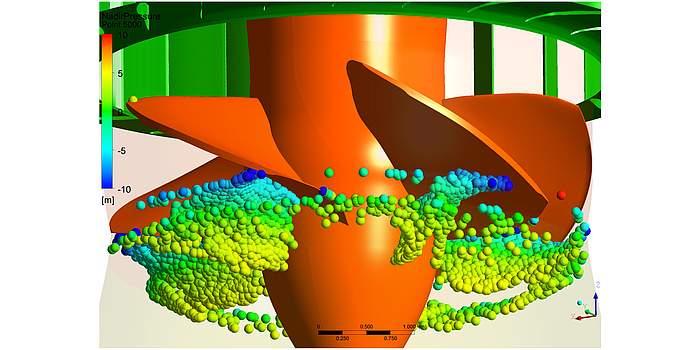 In recent years, different machine concepts have been developed to exploit locations with low heads for energy production as well. A closer look at the cost allocation within a low-pressure system reveals that the economic aspect stands out, as in addition to the construction costs the generator is a fixed cost block. Utilising a standard generator (asynchronous or synchronous) and having a one-step translation results in an enormous cost advantage as direct-coupled low-speed generators are expensive and respective manufacturers are few. The demand for high-performance bulb turbines, which provide high efficiencies and low pressure fluctuation characteristics, has been increasing. However, head losses in draft tubes may induce high energy losses in relation to the low heads under which they are operated.

The model test serves as a link for almost all developments in hydraulic machines, on the one hand, to verify numerical developments, and, on the other hand, to subsequently extrapolate the results of model tests to prototypes. For this type of turbine, the central element is the pit, which is mounted on the turbine frame and includes the torque measurement shaft and a bevel gearbox to transfer the shaft power to the generator during the model test (see Figure 1). The hydraulic design has been numerically enhanced, based on an existing start geometry, and a manufactured model has been installed on the 4-quadrant test bench of the Institute for an IEC 60193-compliant test. Further investigations within the presented research project, which was funded by the Italian government, included cavitation, pressure and pressure pulsation measurements directly on the blades in the rotating system, for which the signals were transmitted by radio via a telemetry system, and velocity field measurements in different sections. The results of these measurements were used in particular to compare the CFD results with experimental data. 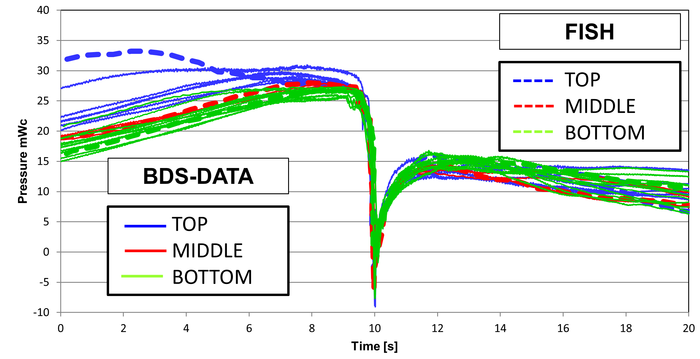 Migrating fish can be injured when passing through turbines in the downstream direction. Although the overall influence on the fish population is still not known, it is undoubtedly linked to the damage potential of the turbines, the stage of maturity and the size of the migrating individuals as well as the number of migrating fish in proportion to the total population. The main damage mechanisms are usually the contact with the turbine blades, and the pressure drop in the turbine as well as shear forces and turbulences. Investigations with live fish in a 5-bladed vertical Kaplan turbine were carried out, and Barotrauma Detection Sensors (BDS) were applied to determine physical parameters during the turbine passages. The numerical flow simulation included the entire turbine to realise transient simulations with a scale-adaptive turbulence model, combined with a particle tracking model to determine the correct flow path of the machine. These trajectories provided the input information based on which the magnitudes of injury mechanisms could be quantified. The lowest pressures could be quantified and localised (Figures 2 and 3). The results and correlations detected can be incorporated into the development of fish-friendly turbines, where – to date – it has been necessary to rely on the results of experiments which do not represent the conditions prevailing in Central Europe. The investigations are part of a project supported by the Austrian Research Promotion Agency (FFG) and the Austrian Association of Electricity Companies (Österreichs Energie).

Figure 4: Model of the turbine unit. Model test according to IEC 60193.

Increasing the Energy Production by Empowering a Kaplan Turbine

Hydropower plants have already proven their long service life with countless plants that have been in operation for more than 100 years. Nowadays, the refurbishment of such plants leads to a maximum annual production with a simultaneous increase in the ecologically necessary residual water. For a 25 MW power plant in Upper Styria, an improvement of the annual production by 6 GWh could be achieved through a replacement of the runner. Based on the results of the numerical development, the starting point of cavitation could be shifted to the limit of the new operating range. This effect could also be confirmed by a model test (Figure 4).

Hydropower contributes and will continue to contribute by far the most to the goal of generating 100 % of the electricity demand in Austria from renewable energy sources.