From MINImill to high-precision prototypes

The CNC mill allows users without any technical knowledge to mill, for example, single and doubled-sided prototypes from wood and plastic. © qBot GmbH
It all began in the student hall of residence as TU Graz students Jakob Neuhauser, Thomas Schiefermair and Martin Viereckl were fiddling around on a 3D printer to be able to produce components themselves easily and fast. “We weren’t happy with just printing plastic parts, we wanted to process other materials, such as circuit boards and wood,” remembers Thomas Schiefermair. The idea of a CNC milling machine for DIY use was born, and after two years of development the students founded their own start-up, named qBot Gmbh, in January 2017, through which they brought the MINImill onto the market. 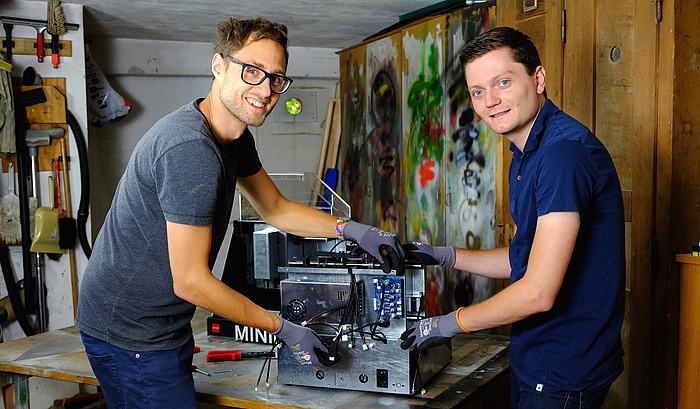 Jakob Neuhauser (left) and Thomas Schiefermair in the workshop in Neuhofen, Upper Styria, the head office of qBot GmbH. The company name “qbot” is derived from “cubit” – an old unit of measurement which corresponds to the approximate 40-centimetre edge length of the MINImill – and “robot”, which refers to the MINImill’s autonomous operation. © qBot GmbH
“The MINImill Is a fully automatic CNC desktop milling machine which allows users without any previous technical knowledge to mill two and three-dimensional prototypes out of various materials. These range from wood and plastic as well as Plexiglas and foam rubber, and include circuit boards and metals such as aluminium,” explains electrical engineering student Jakob Neuhauser, who is responsible for the electrical wiring and control system of the MINImill. 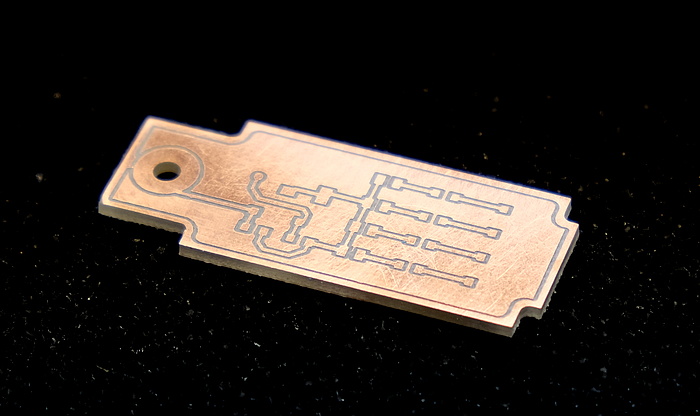 SMD circuit board produced using the MINImill. MINImill calculates the optimal milling path for one and two-sided circuit boards directly from CAD files and automatically measures the circuit board surface before the milling operation to achieve perfect etching. The MINImill deals fully automatically with drilling, etching and contour milling. © qBot GmbH
“The software automatically chooses the required milling parameters for the users. This means they don’t have to know about the intricacies of the milling process as they do with conventional milling machines. Due to this, production and calibration costs for the milling process are significantly reduced and development times sharply accelerated,” adds computer science student Martin Viereckl. This has been made possible through the control software that he developed and the innovative CAD-CAM interface, which can convert CAD data into machine code. The third associate, Thomas Schiefermair, is not only the managing director of qBot GmbH, he is also responsible for the design of the mill and its commercial implementation. 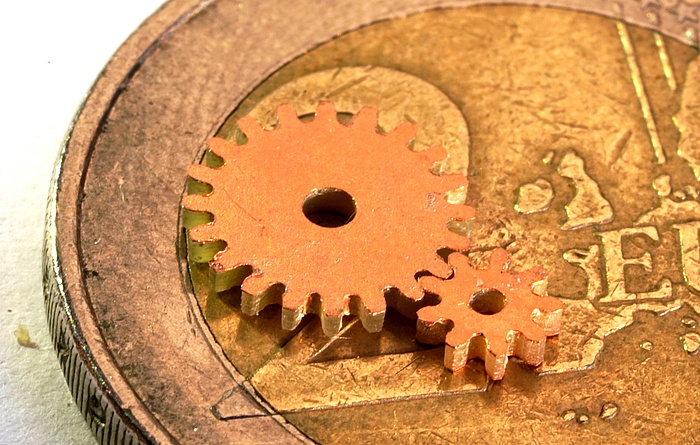 The robot gearing milled by the MINImill out of fibreglass board for a 2.5 X 2.5-centimetre-large nano-robot with which Thomas Schiefermair picked up second place in the “Nano Sumo Robot” class at the RobotChallenge in Beijing in August 2017. © qBot GmbH
An Austrian patent application has been filed, and the first MINImills have already been sold. The international market will be developed shortly. “We’re introducing the MINImill at the next Maker Faire in Berlin, and want to get a toe-hold in Italy soon,” says Thomas Schiefermair, with an eye on the near future
The MINImill can be used by students of TU Graz in the electronics laboratory E-Lab.
Here is a video of the MINImill in action.
Thomas SCHIEFERMAIR
Florianer Straße 16
4501 Neuhofen
Phone: +43 677 624 013 82
office@minimill.at
www.minimill.at