From Slurry to High-Purity Hydrogen 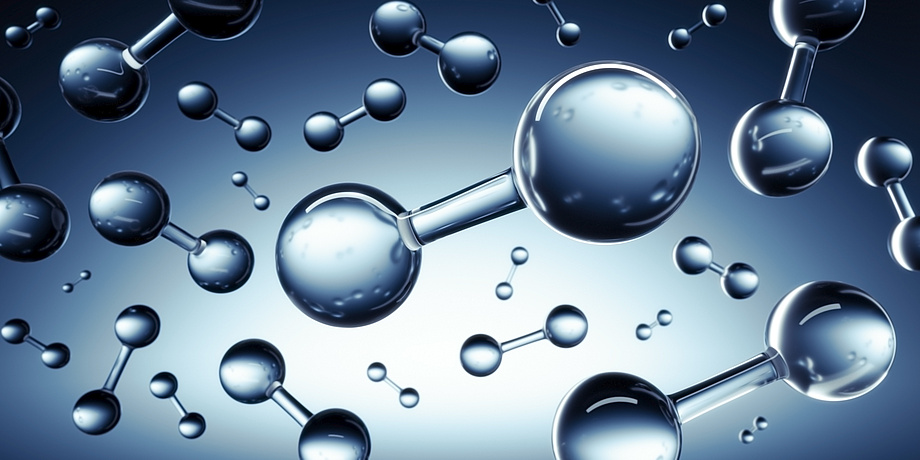 Green hydrogen is seen as a beacon of hope in the energy and mobility revolution, but it is not yet suitable for mass production. There are several reasons for this. Hydrogen is currently produced mainly centrally from fossil raw materials. It then has to be compressed or liquefied in an expensive and energy-intensive process in order to be delivered to filling stations, for example. Expensive infrastructure with high investment costs is needed there to store large quantities of hydrogen.

For a nationwide supply of hydrogen, decentralized production will therefore be indispensable in the future, and will ideally be climate-neutral from locally available renewable energy sources. In 2020, researchers at Graz University of Technology (TU Graz) led by process engineer Viktor Hacker, together with the Graz-based start-up, Rouge H2 Engineering, presented a sustainable process for decentralized hydrogen production, the so-called "chemical-looping hydrogen method". The research results, which have won several awards, have resulted in a compact on-site on-demand plant that can produce hydrogen from biogas, biomass or natural gas.

Now Hacker and his team are once again making people sit up and take notice. This time with regard to the concrete results from the continuing  project Biogas2H2. In one of the world's largest industry-related demonstration plants, they produce high-purity hydrogen directly at an existing biogas plant from real biogas, which includes all the impurities that are present in the gas. The project is funded by the Austrian Research Promotion Agency FFG.

Hydrogen from biogas in southern Styria

"We demonstrate that a chemical looping system can be integrated into an existing biogas plant. High-purity hydrogen for fuel cells is produced from real biogas, not only in the laboratory but actually on an industrial scale," explains Viktor Hacker from the Institute of Chemical Engineering and Environmental Technology at TU Graz. The real biogas – methane gas from pig manure, Glycerol phase, silage maize and grain residues – comes from the southern Styrian company Ökostrom Mureck GmbH. There, they are very interested in this additional mainstay. The option of biogas generating green hydrogen for sustainable mobility in addition to electricity is of course very exciting, according to managing director Karl Totter.

Rouge H2 Engineering and TU Graz built the demonstration plant on the company's premises in Mureck in summer 2021 and it will be in operation for testing purposes until the end of October. The 10-kilowatt plant diverts about one per cent of the biogas flow (about 30 litres per minute) and mixes it with steam. The mixture flows into the plant's reactor. There, the biogas is reformed and syngas produced. This gas subsequently reduces iron oxide to iron. Then steam enters the reactor, which reoxidizes the iron back to iron oxide. This releases hydrogen with a purity level of 99.998 per cent.

Ready for commercial use

This iron/steam process achieves an efficiency of 75 per cent. "If instead of the one per cent, we were to channel the entire biogas flow of the Mureck biogas plant (about 480 cubic metres per hour) through a correspondingly up-scaled chemical looping plant, we would even arrive at a 3-megawatt hydrogen production plant. This means the technology is now ready for commercial use. We can also produce decentralized hydrogen from real biogas on a large scale. All it needs is a little space for our plant. We are therefore open to orders from the biogas industry with immediate effect," emphasizes Rouge H2 project manager, Gernot Voitic.

This type of decentralized production also has a positive effect on the production price and thus on the purchase price of hydrogen. Hacker adds: "Currently, hydrogen is offered at the filling station at 10 euros/kg. The techno-economic analyses that are part of our research project forecast a competitive hydrogen price of 5 euros/kg for decentrally produced hydrogen from our process. This makes the process competitive with other technologies, such as electrolysis (5-12 euros/kg hydrogen).

The problem of pressure

The technology has been proven to work and can also be integrated smoothly into an existing biogas plant. However, key questions regarding nationwide availability are still open. These include: What should be done with the hydrogen in the future? And: Who will make the first move?

The idea of installing a hydrogen filling station in addition to the plant for producing hydrogen from biogas is obvious. But the crux of the matter is that hydrogen-powered vehicles currently have to be refuelled at 700 bar pressure, "in order to get as much hydrogen as possible into as small a tank as possible and thus achieve an attractive range," explains Viktor Hacker. The chemical looping plant produces hydrogen at a pressure of up to 100 bar, which is comparatively high, but not enough for refuelling. Compressing the hydrogen to 700 bar is both tricky and expensive. "This compression has to take place somewhere, either directly at the production site or at the latest at the filling station, which could of course also be supplied with bottled hydrogen. Costs will accrue, and this brings us back again to the pump price." Technically, this compression is not necessary: in principle, fuel-cell vehicles can also drive with only 2 bar pressure – just not very far. So, decentralized hydrogen production directly at biogas plants would lend itself to shorter journeys, for example for hydrogen tractors (which are currently not even available on the market) or for hydrogen-powered storage vehicles such as forklift trucks.

Other possibilities for using hydrogen "ex biogas plant" would be to fill it into gas cylinders for further transport, to lay hydrogen pipes directly to homes equipped with fuel cells, or to use it in industrial processes. For Karl Totter, senior and junior, the way is very clear for Ökostrom Mureck GmbH: "We could very well imagine using our biogas to produce hydrogen and adding a corresponding plant to our site. But someone has to buy the hydrogen from us. On the demand side, there still has to be some movement so that we can take this investment step."

For hydrogen research at TU Graz, it is now no longer about the concrete application of the technology – this is where Rouge H2 Engineering comes in – but about its further development. Specifically, the project Acceptor started in September 2021 (funded by the Austrian Science Fund FWF), in which Hacker and his team will focus on the expandable service life of the iron-based material in the reactor.

This research topic is anchored in the Field of Expertise “Mobility and Production”, one of the five strategic research focus areas at TU Graz. 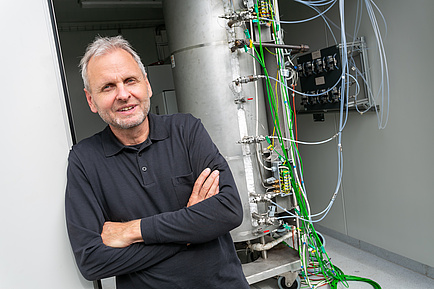 Pushes the development of technologies for the production of green hydrogen: Viktor Hacker from the Institute of Chemical Engineering and Environmental Technology at TU Graz. © Frankl - TU Graz 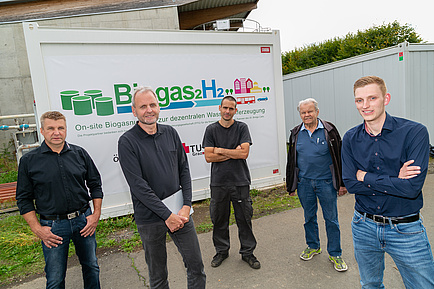