Hydrogen is regarded as the energy carrier of the future. 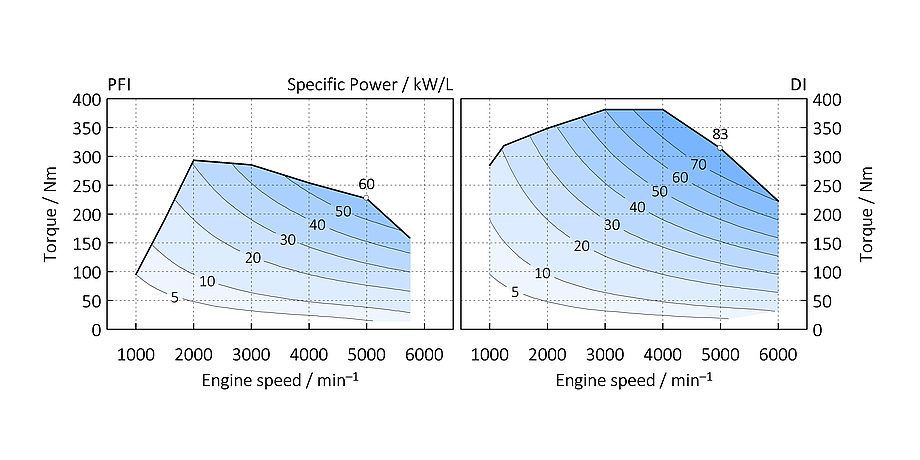 For mobility applications hydrogen has the potential to make an important contribution towards well-to-wheel and life-cycle CO2 neutral mobility solutions. Usually the fuel cell is seen as the obvious energy converter, promising emission-free operation and high efficiency. The motivation for this research is a technology open assessment of whether and how hydrogen internal combustion engines can represent an alternative for many applications.

Substantial arguments in favour of the application of hydrogen internal combustion engines are existing manufacturing structures, robustness, low demands on fuel quality and a much more favourable cost situation, which could lead to a much faster penetration and development of the starting infrastructure. In some European countries, as well as in several important markets, e.g. Japan, Korea and China, a network of hydrogen refuelling stations exists and is currently expanding.

In the past few years, the Institute of Internal Combustion Engines and Thermodynamics has carried out intensive studies on this topic within the framework of bilateral activities with industrial partners, a large EU project and several FFG projects. These ranged from basic research to application in engine concepts and approved vehicles.

In cooperation with Robert Bosch GmbH the focus of the current project is on the achievable efficiency, emission behaviour, power density and last but not least engine technology to be developed for this purpose. In particular, activities are concentrated on the evaluation of mixture formation, combustion and exhaust gas emissions for a H2 internal combustion engine that is targeted for passenger car and light duty vehicle applications. The experiments are based on a 2.0 litre turbocharged SI engine that has been adapted for hydrogen operation with regard to fuel injection, ignition and turbocharging system. The results demonstrate significant functional potentials, e.g. with respect to specific torque, power and exhaust gas emissions, that have already been accomplished with relatively low development effort.

The derivation of the technical concept for a future H2 internal combustion engine should be based as far as possible on the technical solutions for components and modular engine kits already available on the market and therefore carries the option to limit initial investment and additional costs. The specific properties of hydrogen as a fuel must be taken into account. Although hydrogen has a high gravimetric calorific value (120 MJ/kg), the power density is relatively low for concepts with external mixture formation (H2 Port Fuel Injection) due to the low density (0.09 kg/m3 at ambient conditions), so that the achievable specific torque and power are limited. The use of an internal mixture formation (H2 Direct Injection) leads to significant improvements, especially if high H2 mass flows can be realized. The very wide ignition limits (4 to 76 % by volume) in combination with a very high laminar flame speed enable an efficient homogeneous lean operation with lowest engine-out NOx emissions. In order to expand lean operation to the highest possible specific loads and speeds, a capable turbocharging system is required, which provides very high air mass flows at relatively low exhaust gas temperatures (e.g. two-stage turbocharging with variable turbine geometry).

A gasoline engine with direct injection and turbocharging is therefore the preferred engine base for derivation and development of an H2 internal combustion engine for passenger cars and light commercial vehicles. The components for a 700 bar hydrogen tank system can largely be taken from passenger car fuel-cell applications. Figure 1 shows the H2 internal combustion engine system chart for passenger cars and light commercial vehicles.

With external hydrogen mixture formation in the intake ports (PFI) and homogeneous lean engine operation, comparatively high engine torque levels could be achieved for the examined configuration in the medium engine speed range. Using internal mixture formation (DI), engine operation with high excess air ratios is feasible in an even larger engine map range, since displacement of the intake air by hydrogen can be largely avoided with a corresponding H2 direct injection strategy.
To cover the wide speed range of a gasoline engine, a two-stage turbocharging system with variable turbine geometry is required for both exhaust gas turbochargers to enable the full load curve shown (Figure 2).

The low speed range in particular is a major challenge for design and control of the system in the examined configuration, since the required “small” turbocharger reaches its speed limit relatively quickly at higher engine speeds.

In Port fuel injection operation, a specific power of 60 kW per litre displacement, relatively high for external H2 mixture formation, was achieved for the configuration examined (Figure 2 left). The specific torque reaches a value of about 150 Nm/l at 2000 rpm. These specific power and torque levels achieved without further optimisation already cover the requirements for a base engine variant.

In direct injection operation, a specific torque of 191 Nm/l and a specific power of 83 kW/l were achieved (Figure 2 right). This already covers a significant proportion of the engine power variants offered today. By using a turbocharger configuration adapted for the high-speed range respectively, further improvements of specific power can be expected.

Nitrogen oxides (NOx) are practically the only pollutants that can occur during hydrogen combustion in the engine. Even the engine-out NOx emissions (Figure 3) could be kept at a very low level (< 10 ppm, corresponding to approx. 0.1 g/kWh for this engine) by the lean operation (λ > 2.5) in a significant engine map area. Extremely low tail-pipe emissions can therefore be expected with effective exhaust gas after-treatment. Particularly at low engine speeds, however, further improvements to the turbocharging system are required in order to be able to increase the excess air ratio for operation with lowest engine-out NOx emissions via increased air mass flow.

A focus for further research is the systematic design and optimisation of the systems and components for the H2 internal combustion engines that differ from the respective baseline powertrain. Here, the general target is an extensive use of existing modular engine kits and components as well as powertrain and vehicle architectures. Future H2 internal combustion engines concepts are mainly integrated into electrified powertrains (e.g. full hybrid powertrains). In addition to advantages in efficiency and driving range, this results in attractive functional synergies and additional degrees of freedom for design and operating strategy which has to be taken into account. For example, the use of the synergies of an electrified powertrain for dynamic engine operation, as the provision of the necessary high boost pressures for lean operation would pose a particular challenge here.

Furthermore, the development of an emission concept to represent a so-called zero-impact emission level is an essential task.

The hydrogen internal combustion engine is not restricted to vehicle mobility. In a large EU project (hymethship.com) [2] under the consortium leadership of the LEC and in cooperation with TU Graz, research activities are focused on an emission-free ship propulsion system.