The Wilkening group focusses on the characterization and development of new materials for modern energy storage systems. Emphasis is put on spectroscopic studies to shed light on micro- as well as macroscopic transport processes in crystalline as well as amorphous solids. In particular, we use solid state nuclear magnetic resonance (NMR) and conductivity spectroscopy to investigate short- as well as long-range ion dynamics in crystalline, nanocrystalline and amorphous phases. See www.lithium.tugraz.at for further information. 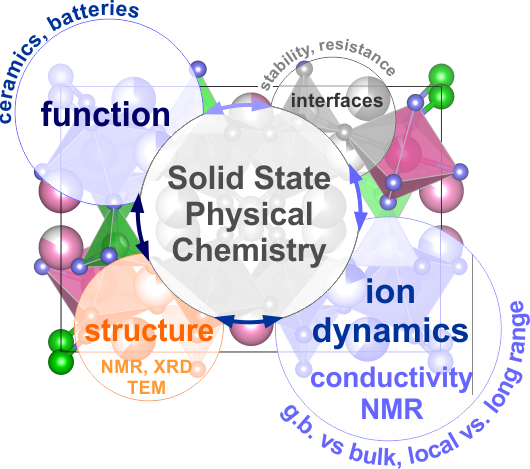 H. Martin R. Wilkening (Head of the Institute, member of the Senate) studied chemistry at the University of Hannover where he completed his Ph.D. thesis (summa cum laude, 2005) on "Ultraslow ionic motions in solids - NMR studies on lithium-ion conductors" under the supervision of Prof. i.R. Dr. Paul Heitjans. Subsequently, he was employed as a scientific co-worker in the same group and from 2008 as "Akademischer Rat a. Z.". In June 2011 he submitted his habilitation thesis to obtain the venia legendi in physical chemistry (mentor P. Heitjans). Shortly thereafter he accepted a full professorship at the Graz University of Technology (Austria) and received the venia docendi in solid state chemistry. In 2012 the Christian Doppler Laboratory for Battery Research was founded. Since 2016 HMR is director of the institute and a member of the senate of the TU Graz.

Awards: Over the course of his doctoral and postdoctoral studies HMR has been awarded several honors, such as the "Starck-Promotionspreis" of the German Chemical Society (GDCh, 2006), Wissenschaftspreis Hannover (2006), a research grant in the frame of "Wege in die Forschung II" of the Leibniz University Hannover (2009) and the "ADUC-Jahrespreis 2009 für Habilitanden" of the GDCh (2010). 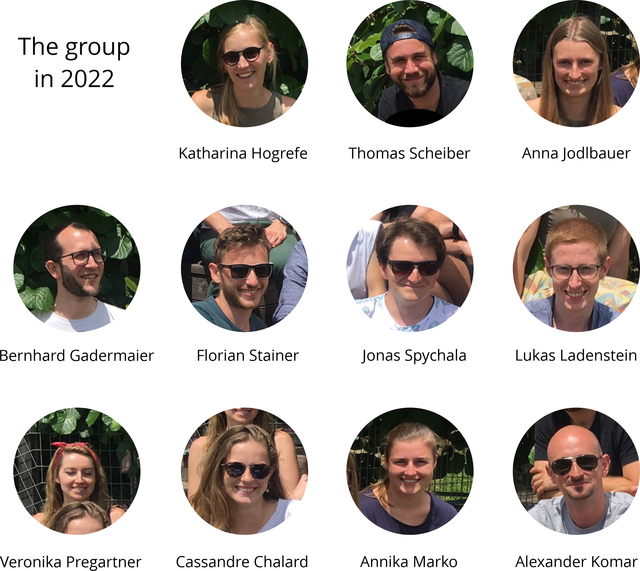 PhD candidates/PostDocs and their topics:

see also staff of the institute

For more information, please visit the website of the group: www.lithiumnmr.wordpress.com

Awards of the group