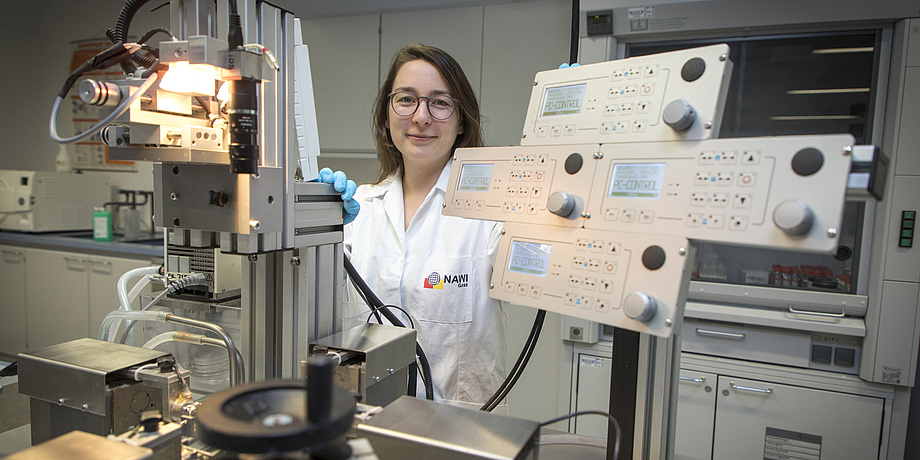 What has mechanical engineering got in common with the human body? Can you explain biological processes like the operations of a machine? The biomechanical engineer Justyna Niestrawska can answer these questions – straight out of her daily work. Her special field is continuum mechanics, in which the operations of the human body are described, modelled and simulated using mathematical equations.

German with Polish roots, she originally studied mechanical engineering at RWTH Aachen and specialised in plastics technology. She began to be interested in medical engineering during her master’s programme when she conducted research on heart valves. During a research stay at the University of Auckland, New Zealand, she came across the field of continuum mechanics. On one of the last snowy days of winter in the warm kitchen of the Institute of Biomechanics surrounded by plants, she explains: ‘I first came into contact with this research in New Zealand. It is known that heart muscle contracts less in certain diseases than in the healthy state. And the researchers in New Zealand were working on analysing the mechanics behind this using experiments, mathematically modelling them, and subsequently simulating the movements of the heart on computers.’

In its healthy state, the aorta consists of three easily distinguishable layers which, together with their different structures, ensure that the aorta is flexible and stable and that it can withstand the pressure of pulsating blood without being damaged.

The innermost layer is called the tunica intima, consists of endothelial cells and is mechanically negligibly thin in a young person. The tunica media – the middle layer – gives stability to the vessel wall with its straight fibres. ‘You can basically compare the structure of the aorta with a garden hose. As in a garden hose small fibres form a tissue which keeps it flexible and stable at the same time,’ explains Niestrawska. The outermost layer – the tunica adventitia – forms a kind of protection against excess pressure and its corrugated fibrous structure allows the artery wall to expand without damage in the case of a sudden severe stress. 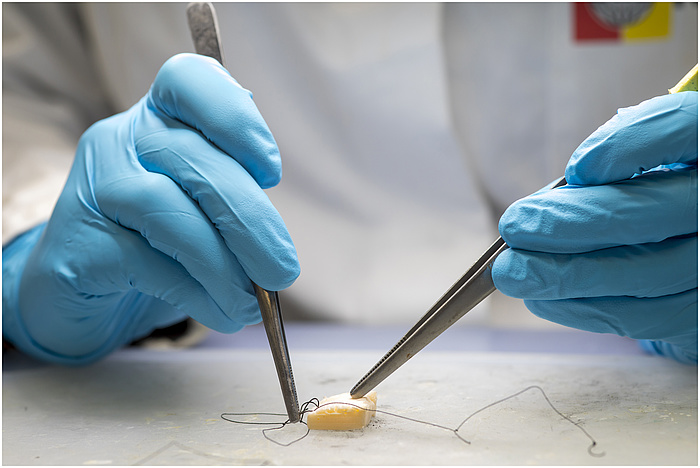 A sample is prepared for mechanical tests in the biaxial tractor using fishing hooks and yarn.

‘Finally we wanted to perform the same tests but with samples from diseased aortas.’ But this wasn’t possible because the first big changes in the diseased aortas became apparent in the first step: ‘Where we were able to separate the layers from each other easily in the healthy samples, the diseased samples had completely grown together and couldn’t be manually separated or even optically distinguished,’ explained the scientist. 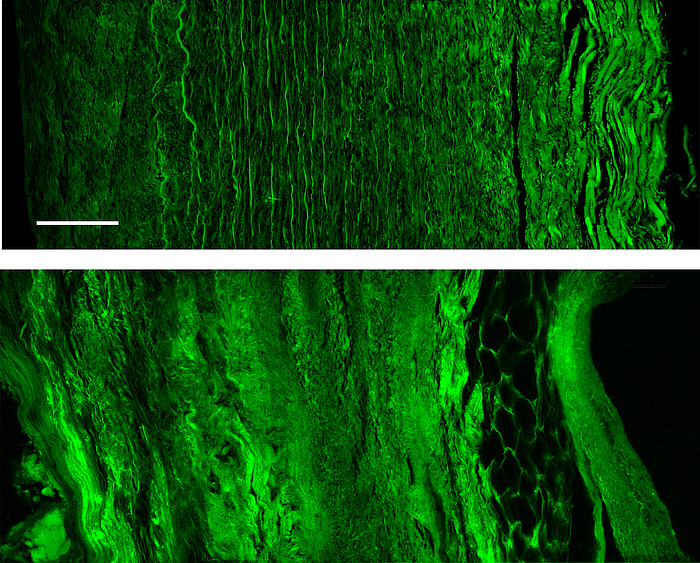 The upper figure shows a healthy aortic wall with the three layers of intima, media and adventitia clearly visible from left to right. The second picture shows an already diseased aorta, whose layers grew together and are difficult to distinguish.

Additionally, small fat cells could be detected in the tissue in the diseased samples. ‘Our hypothesis is that these lipids are deposited from the outside of the wall to the inside, thus making it more fragile.’

The paper ‘Microstructure and mechanics of healthy aneurysmatic abdominal aortas: experimental analysis and modelling’ was published in the Journal of the Royal Society Interface and can be looked at on the website of the Journal.