"Mathematics unjustly gets a bad press"

Students think: "Mathematics has got nothing to do with my life." Wrong! Professor Peter Grabner on the role of mathematics in everyday life – in bank transfers, weather trends and so on. 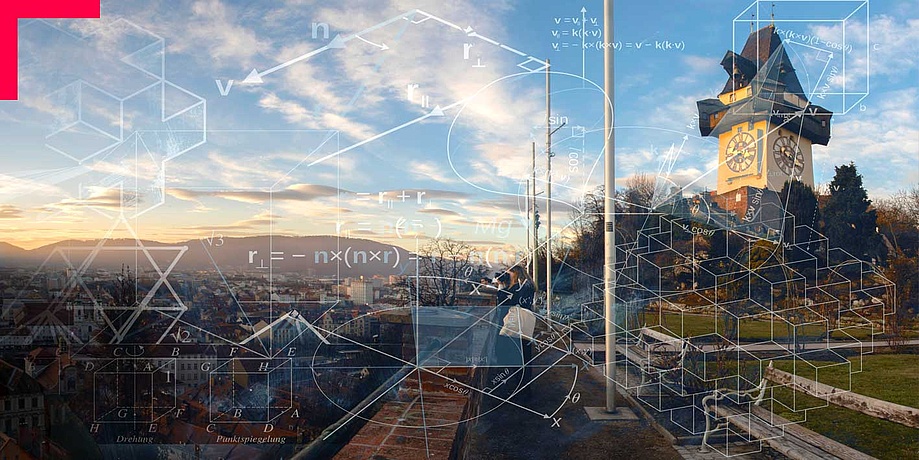 It seems as if the everyday relevance of mathematics is sometimes missing at school. Where is it essential?

Peter Grabner: Without mathematics, for instance, there would be no forecasts in weather reports. The mathematical models behind these flow evolutions are among the most complicated in applied mathematics. Behind this is an equation about which still quite little is known. Namely, how verifiably the behaviour of the solution depends on the initial values. This is well described by the metaphor of the butterfly effect. A small change at the beginning can bring about a big change down the road.

Are you referring to accuracy in weather forecasts?

A prediction is only as good as the measurement data you put into it. The starting point for the forecast involves the measurement data collected at individual points on Earth. You never know all the details, only the measured ones. And the aforementioned butterfly cannot be included because it will not make its wing beat next to the measuring station.

That means, as a mathematician, you don't trust weather forecasts on principle?

If I plan a mountain tour for tomorrow, I can only rely on the forecast. But one must be clear where the description of the world through mathematics ends. In mathematics, there is only true or false. In everyday life, there are many shades of grey in between.

Talking about mountain tours and planning: with modern mobility, we can no longer do without satnavs. How complex is that in the background?

Behind satnavs are discrete optimizations in path networks and graphs. These are difficult problems where the required computational effort grows exponentially with the amount of data. The best solution here would involve in part huge amounts of time. This is why we work with approximations. These can be achieved with less computational power. Because if the satnav takes more than one minute, people start to get impatient. These approximations are good enough to calculate the optimal route to Vienna and a fairly realistic arrival time.

Key word Google. Everyone knows the search engine uses an algorithm. What does this mean exactly?

The word algorithm is value-free. It is just a computational procedure. Behind it is the Latinization of the name of the Arab scholar Muhammad ibn Musa al-Chwarizmi. He wrote the first book on what today would be called algebra. In other words, how to solve equations. He stated a procedure which is broken down into small steps. Which is what "algorithm" means. But the idea behind it can be as complex as required. Just like Google. Google does not reveal its algorithm. But part of it is likely a probability process.

Can we trust mathematics?

When we pay with our credit card number on the internet, we are users of a cryptographic system. Hardly anyone understands anything about this and we have to trust it. Data encryption is essential. Theoretically, of course, I can crack any cryptography system if I just spend enough time on it. But if it takes me a year to get a person's credit card information, it’s useless. So it’s a cost-benefit calculation. You have to keep the computational cost high enough to render it not worthwhile.

A casual question coming up: why do we still need "human" mathematicians today? After all, computers do everything.

The idea that suddenly everything will be done by artificial intelligence (AI) is too naive and euphoric. Because AI runs out of creativity. It can pick out solutions from oodles of data, but it can't explain them. If I want to understand why something is the case, it gives no answer. And from an intellectual point of view, this is unsatisfactory.

What are you working on in your research?

How to create well distributed point sets. For example, 10,000 points on a spherical surface. In terms of application, this means: what is the best way to distribute meteorological measuring stations on the earth's surface? It sounds simple, but that's where complex issues arise. We know that some options are better than others. But there is no algorithm to prove that this distribution is better than a random distribution. And this is what interests me: beating the odds!

What is the ratio of female to male students in the field of mathematics at TU Graz?

Was there an area of mathematics in your school years with which you were on a "war footing"?

At the very beginning, I wasn't particularly interested. But once it became more structured and specific, I knew it was my subject.

So is mathematics for you pure enthusiasm?

Yes, it is. Mathematics deals with so many things. And it's important to me to make people aware of this. But every year in May, mathematics gets a bad press with reports that the Matura (Note: matriculation exam) has been so hard. If only people were aware that mathematics constantly plays a role in everyday life. It helps students not to be taken for fools later. For example, if they want them to read a graph on certain developments or finances. 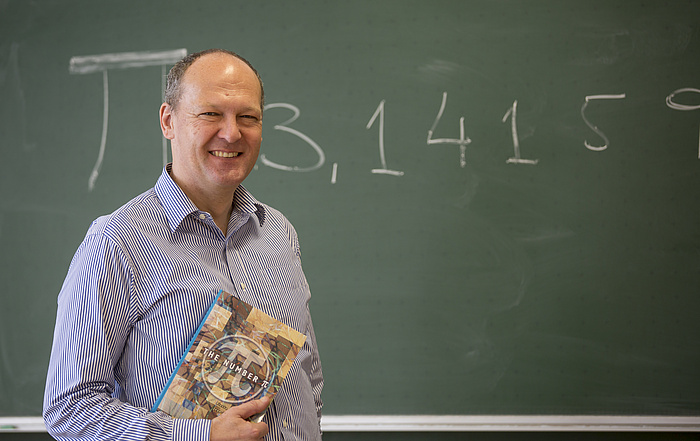 Professor Peter Grabner would like to see the image of mathematics improve because of its value in our lives.

Mathematics has an image of being complicated...

Mathematics provides answers that are not always popular. Answers people don't want to hear. And then they just say that mathematics is complicated. It probably has the disadvantage of correlating with reason. We know that we shouldn't play the lottery, but we just believe... In our country, celebrities and politicians flirt with the fact that they were bad at maths at school. In other countries that would be embarrassing, but in our culture it's OK. If we could get away from that, that would be a step in the right direction.

Insights and courses for really everyone

You don't have to be a student at TU Graz to attend courses here. From mathematics to digital skills, from microbiomes and health to programming (even for kids), there's a huge range of free digital university courses. They can be easily followed on the internet.
If you take a look at the www.imoox.at website, you’ll be amazed at the wide range of exciting topics. By the way, before the beginning of studies in September, Maths-fit (also as part of the Maths-fit course) and the Mathematics-MINT bridge course (Note: MINT is similar to STEM) are offered as a starter package for first-semester students, independent of time and place.

iMooX is the biggest German-language platform of its kind. Here, freely accessible and openly licensed online courses (so-called Massive Open Online Courses or MOOCs) of TU Graz but also of other universities are available to all interested parties – free of charge and also independent of time and place. When you have completed it – after answering the self-assessment questions – you get a certificate of attendance. The driving force behind the biggest German-language MOOC platform is also TU Graz. "We intend to further develop digitally supported education in the German-speaking higher education area," emphasizes Martin Ebner, the mastermind behind iMoox.