The photovoltaic system is working on the roof, the e-car is charging in the garage, or at least the e-bike is hooked up to the electricity. Everyday life in many households. And the trend towards sustainability means that the importance of electricity delivery is growing even further. For this reason, the experts in electrical engineering at TU Graz are involved in exercises for blackout scenarios and understand the art of "rebooting" the power grid. 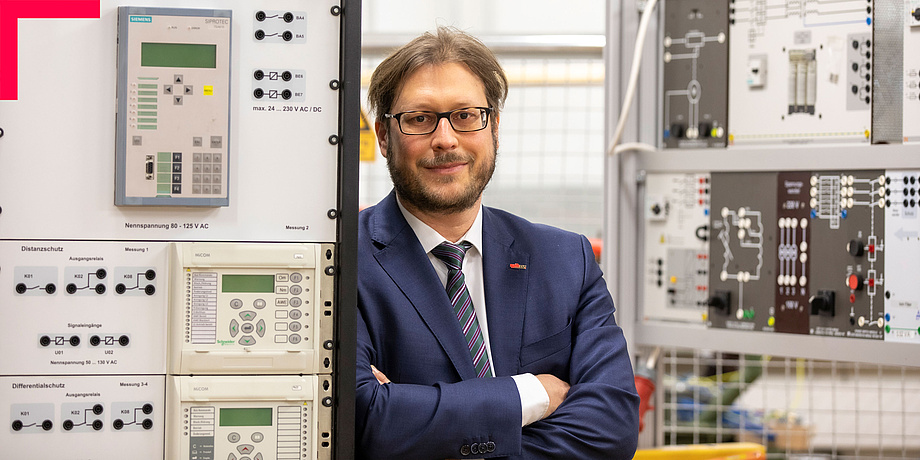 For Robert Schürhuber, head of the Institute of Electrical Power Systems at Graz University of Technology, the European synchronous grid stretching from Norway's Nordkapp to Malta is one of the largest and most complex technical grids ever created.

From reaching for the light switch early in the morning to plugging in the charging cable for the smartphone late at night, our everyday life is unthinkable without electricity. The brief power cut in the office makes us aware that without "juice" we're now forced to be unproductive. The whole of life takes place around electricity delivery, but we don't perceive it that way.

According to Wikipedia, the age of public electricity delivery began in Austria in Scheibbs in Lower Austria in 1886. The current coming out of the line today has essentially remained the same. Hang on a moment, actually it hasn't. Because while direct current was used at the very beginning of electricity delivery, alternating current is used today – and has been for a long time. Over the decades, however, the power grid has been catapulted into completely different dimensions.

If we could take a peep through the socket to the source of our electricity, we would see the European synchronous grid at the other end today. "Our existing electricity grid stretching from Norway's Nordkapp to Malta is one of the largest and most complex technical grids we have ever created," emphasizes Professor Robert Schürhuber. But it is not only big, it is also robust and reliable, emphasizes the electrical engineering expert. The fact that 60 percent of the electrical energy in Austria comes from hydropower has a stabilizing effect on our grid. Electrical energy from hydropower plants can in fact be used flexibly and highly dynamically to compensate for fluctuations in other renewable energies. At the same time, the machines feeding in the power from the hydraulic power plants also support frequency and voltage maintenance and thus have a stabilizing effect on these two most important parameters of the grid. This is not only a plus in terms of sustainability, but also an advantage when the grid needs to be restarted after a power outage.

Electrical engineering as a topic of the future

"The challenges of this pan-European network lie primarily in network planning. And they are currently larger than in the last decades," adds Professor Herwig Renner. The requirements are changing faster than an expansion can take place – "and in the long run you can't get around physics or the limits of physics". Advances in IT can optimize many things, but not everything. "Feed-in technology is therefore a main research topic. How do we get the electricity generated by different sources into the common grid? With several 1,000 wind turbines in Austria as well as photovoltaic plants, this has become extremely complex today. These forms of energy generation cause more fluctuations in the grid. It won't work in the future without storage," says Schürhuber. Physics plays a big role, but so does teamwork, because the specialist subjects are becoming more closely linked. Incidentally, this is already evident in the study programmes of TU Graz.

And is there a real threat from a big blackout?

"Of course, you can never rule it out," says Herwig Renner. But this much-cited total blackout, which means the collapse of the entire power grid, is very unlikely. "Several factors would have to come together for that to happen. So a storm, particularly cold weather and inspection work on top of that, for example," he describes. After all, one factor alone could be remedied or bridged relatively quickly.
The size of the power grid provides security. On the other hand, it has also made it more difficult to predict exactly what would happen in the event of a large-scale power blackout. "How does a single station or a wind turbine react to a disturbance in the grid?", asks Renner, explaining the questions the technicians deal with. So from the power grid you quickly get to the keyword "safety network". And these are linked in a very close-meshed way in this case. In the event of a blackout, it is essential to restore the supply as quickly as possible. And there are numerous contingency plans for this – many based on the expertise of researchers in the field of electrical engineering at TU Graz." Austria has the huge advantage that the restoration of the power grid is easier to implement due to the large share of hydropower. It's even better than in Germany," says Schürhuber.

"We carry out calculations for a wide range of scenarios and are also specifically commissioned by grid operators to do so. But theory never replaces practice. That's why we regularly participate in exercises with the network operators in Austria, where scenarios are rehearsed," says Renner. With Holding Graz, for example, they looked at how to continue to supply the sewage treatment plant in Graz in the event of a blackout; after all, a plant like this would otherwise not be usable for months if it stood idle for more than 12 hours. And because those who study electrical engineering in Graz like to occupy themselves with their home country, the professor can also point to one or two master's theses by students in which scenarios were calculated for small Austrian communities, from blackouts to the restoration of the power grid. 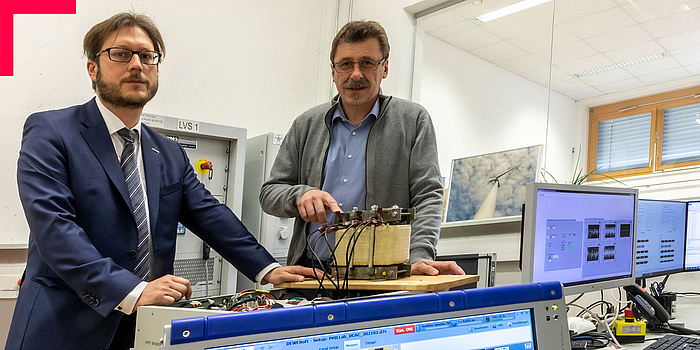 Robert Schürhuber and Herwig Renner (from left) are convinced that experts will still be in great demand in in the field of electricity delivery and grid planning in the future.

Electrical Engineering: a study programme with a job guarantee

There is so much going on in the field of electricity delivery and grid planning. This is a sector that is in great demand and there will still be a need for many experts, according to the professors.