Biotechnologist Bernd Nidetzky of TU Graz is one of only a few European researchers to receive the Elmer L. Gaden Award. The top international biotechnology research prize is awarded by the US journal Biotechnology and Bioengineering. 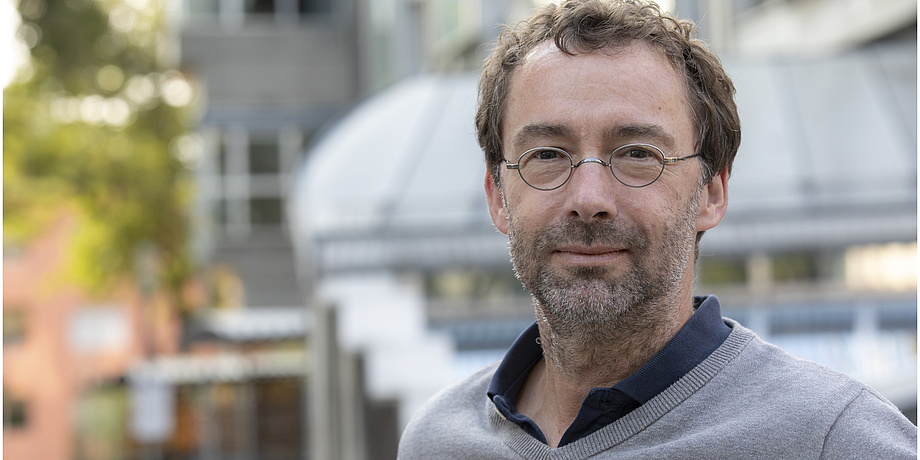 Bernd Nidetzky, head of the Institute of Biotechnology and Biochemical Engineering at TU Graz and recipient of the Elmer L. Gaden Award. © Lunghammer - TU Graz

Bernd Nidetzky was both surprised and delighted to receive the Elmer L. Gaden Award, one of the most prestigious prizes in biotechnology research: “After all, I didn’t put myself in the game for this, so I didn’t expect it. But it is a nice confirmation of one’s own work to appear in such a distinguished round of international research colleagues,” says the biotechnologist. The award has been presented annually since 1999 for scientifically particularly influential, innovative, creative and original research work. Up to now, the prize has gone mainly to US researchers. Nidetzky is the fourth European to receive this award.

Corona-virus pandemic permitting, Bernd Nidetzky will receive his award in March at this year’s conference of the Division of Biotechnology of the American Chemical Society in San Diego.

After studying technical chemistry at Graz University of Technology (TU Graz), Bernd Nidetzky specialized in biotechnological research in his doctoral thesis. He habilitated in 1999 in the field of biotechnology and enzymology at the University of Natural Resources and Applied Life Sciences, Vienna, where he worked as a research assistant at the Institute of Food Technology from 1992 to 2002. Since 2002, he has held the professorship for biotechnology at TU Graz, where he has headed the Institute of Biotechnology and Biochemical Engineering since 2004. He co-coordinates the Field of Expertise “Human & Biotechnology”, one of five forward-looking fields at TU Graz. Bernd Nidetzky is also Scientific Director of the COMET competence centre Austrian Research Centre of Industrial Biotechnology (acib). Nidetzky conducts basic and applied research on enzymes related to biocatalytic synthesis, synthetic biology and reaction engineering. The focus is on carbohydrate-active enzymes as well as enzymes that work at solid interfaces. He has been awarded, among other prizes, the Research Prize of the State of Styria and the University Research Prize of Industry (Styrian Federation of Austrian Industries). But the Elmer L. Gaden Award is new.

About the Elmer L Gaden Award

In honour of its founding editor Elmer L. Gaden, Jr., the journal Biotechnology and Bioengineering has awarded an annual prize since 1999 for a high-impact research paper that reflects exceptional innovation, creativity and originality. Each year, the winner of this award receives an honorarium and plaque and is invited to give an award address at a meeting of the American Chemical Society (ACS) Division of Biochemical Technology (BIOT) at an ACS national meeting.

Bernd Nidetzky shares his fascination with enzymes and his work as a biotechnologist here in a face-to-face interview with TU Graz "Fascination for enzymes".