Our future – definitely back on the rails

Climb aboard, sit back comfortably in the compartment, relax and travel with a clear conscience. That's what travelling by train is all about. So, everything on track? As a sustainable means of transport, rail has the edge. But all told, there is still potential for mitigation of environmental impacts when it comes to railway infrastructure. Autonomous trains could also optimize capacity utilization. And recycled materials could be used for railway components. Forward-looking ideas – the experts in railway engineering and transport economy at TU Graz are carrying out research in many directions. 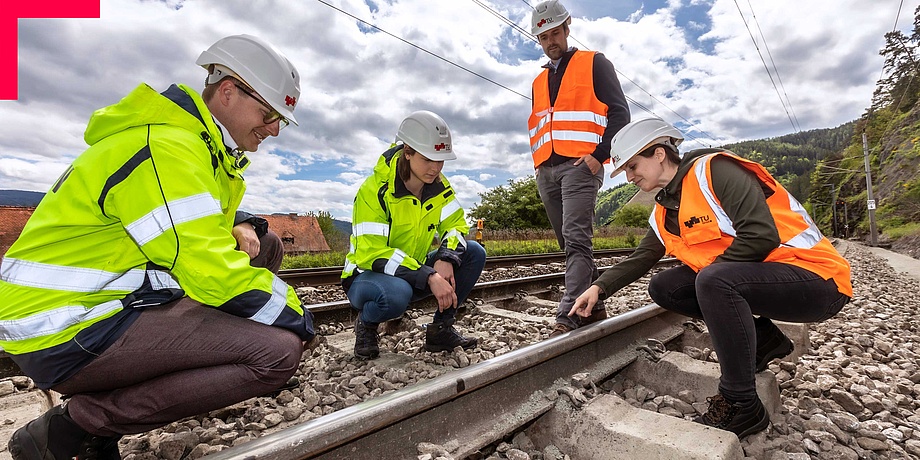 There is still a lot of potential to optimize the ecological footprint in the construction and maintenance of rail infrastructure.

When it comes to sustainable travel, the first thing that comes to mind is rail. "As a means of mass transportation, it is very ecological," explains Matthias Landgraf of TU Graz. Behind the scenes of the journey, construction work machines are at work for construction and maintenance. As they dramatically increase the potential of material recycling and decrease the quantities of necessary material transports with lorries, they contribute to environmentally friendly construction of railway infrastructure. Still, they need a lot of fossil fuel up to now. Also, material production, background transport, and construction and maintenance of infrastructure emit nearly the same amount of CO2 annually as the total sum of all train journeys. "Austrian Federal Railways already conduct a lot of projects and tests to reduce the carbon footprint of railway infrastructure, we help with evaluating and identifying further potential for mitigation. There is still a lot of potential here, and that's why infrastructure and its maintenance are our hobby-horse," says Landgraf smiling, referring to another means of transport as a comparison.

If we want to travel comfortably and safely by train in Austria at the speeds we are used to, 200 to 250 kilometres of rails and railway sleepers have to be produced and installed every year. "Most of the rail construction machines that replace the track, grind the rails and tamp the ballast are all still diesel powered, however, many new machineries are already tendered with alternative propulsion systems" says the expert. For example, a track-laying machine can be several hundred meters long, work continuously, and perform several work steps simultaneously.
Alternative propulsion will be in demand here in the future, but some of the machines and their corresponding energy requirements are too large for battery operation. From a technical point of view, we have to rely on hydrogen, its ecological big-scale production is being currently developed. "These highly specialized machines are designed for a long service life. You can't step in here with any ad hoc innovation. This makes it all the more important to use existing vehicles as efficiently and resource-saving as possible until we have alternatively powered construction vehicles. We also have to consider that we should not produce unnecessary waste by disposing running machines which are not at the end of service life yet." 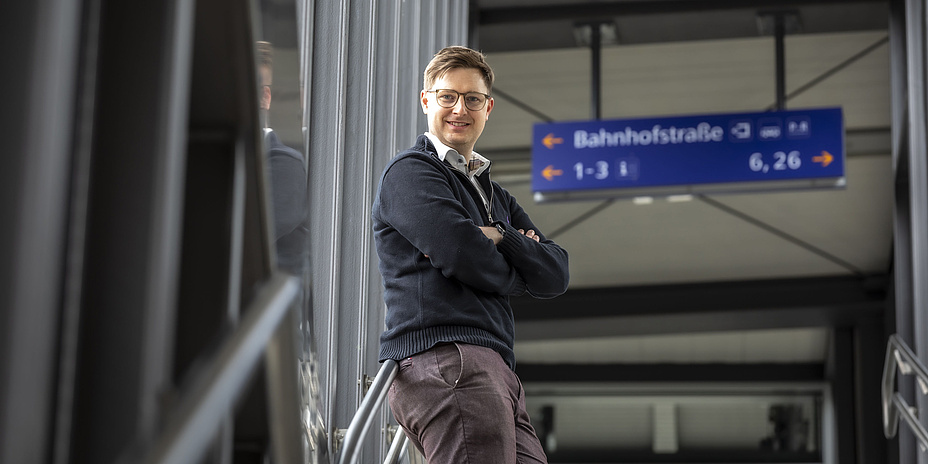 At the moment it is important to act in the best possible way. So, for example, how can you make wise decisions when buying new trains? "That's where we come in with the life-cycle assessment of the rail system," says Matthias Landgraf. A start has currently been made to establish "ecological procurement" together with ÖBB. This means that offers for a new acquisition can be ecologically compared with each other using calculation methods of TU Graz. "From the production of the train to operation over its entire lifetime, including maintenance and infrastructure, we calculate the amount of emissions and what it costs to offset them. This is added to the respective bid price and so sustainability becomes a cost factor and is thus identifiably included in the decision," he explains. Other large public clients in the transport sector, both at home and abroad, have already expressed interest in this methodology.

On track to the future: studying transport planning

"Studying transport planning means shaping the future of our mobility," emphasizes Landgraf's team-mate from TU Graz, Martina Zeiner, "from a technical and transport sociology perspective, there is still a lot to explore, and you have to think in an interdisciplinary way." In the teams at TU Graz, different experts work on this together. From thinking about new routings to electrification of branch lines to timetables and workable interchanges, there is a lot that can make rail more attractive and advance greening.

Studying at TU Graz: A bachelor's degree in civil engineering at Graz University of Technology (TU Graz) lays the tracks for specialization in the field of railway engineering and transport economy. This is offered, for example, by the Master's Degree in Civil Engineering – Infrastructure.

"We hope the trend towards rail transportation develops further on, of course. A challenge that comes with it is to provide the necessary capacity on railway lines. For safety reasons, only one train may be located along the railway line in a so-called block distance – usually at least one kilometre. Autonomous driving would allow smaller distances, then we would accommodate more trains on the track, but behind that there are complex algorithms and control systems," says the researcher, explaining the challenges being worked on. With the long braking distances – up to one kilometre at a speed of 160 km/h – automated communication and position transmission would change a lot.
Adaptive systems can inform the train drivers at any time of the optimum speed for energy-saving driving. This could save 20 to 30 per cent of energy, as infrastructure expert Zeiner is aware of. These are already in use in Switzerland. 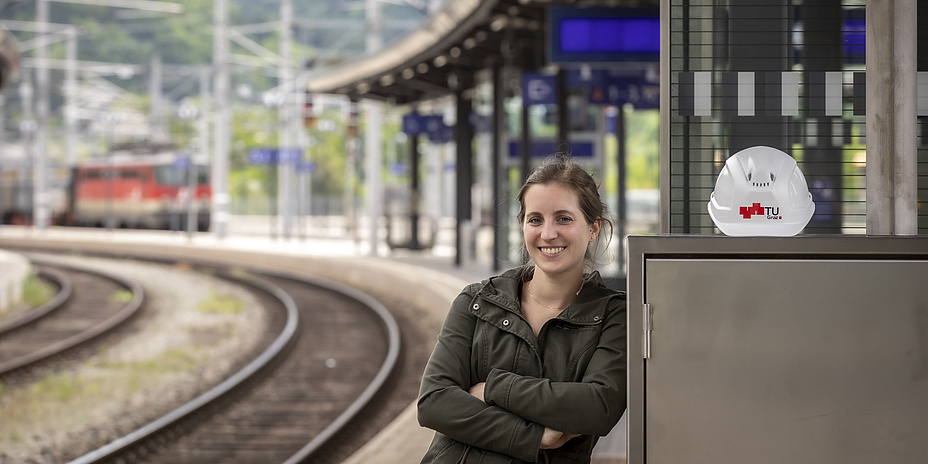 Since the 19th century, travelling by train has been a part of our lives. Much has changed during this time, but some things have remained largely the same. In the coming year, researchers at the Institute of Railway Engineering and Transport Economy at TU Graz will look at whether plastic sleepers, for example, would be a viable alternative for certain boundary conditions. Using recycled material would optimize the infrastructure in ecological terms. But to do this, they also have to withstand the stresses of train traffic, and that is something that will have to be tested over the next few years. As has been said, there is still a lot to develop. Researchers like Matthias Landgraf and Martina Zeiner will work together on this and also experience it them-selves, because after all they are passionate rail travellers – and not only by profession. 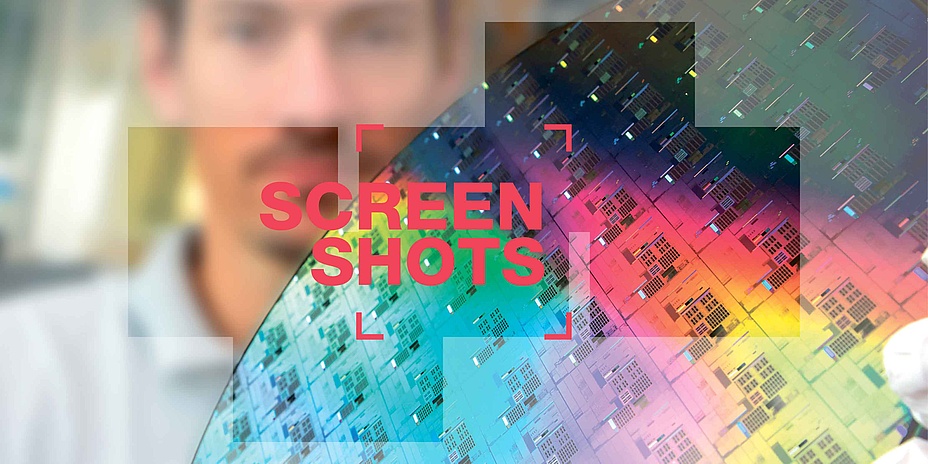