If the groundwater rises sharply, flooding can be imminent. The Tom and Jerry satellites, chasing each other high above the earth, help make important predictions – including about climate change. 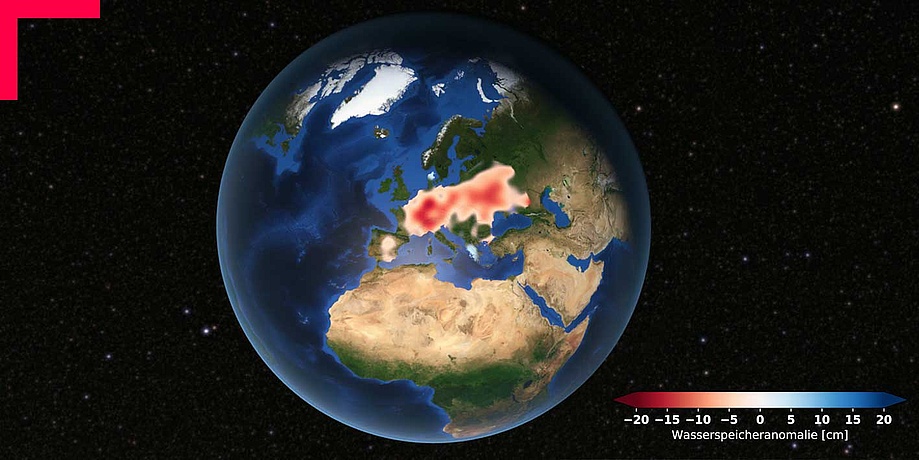 A drought in central Europe from a satellite perspective.

Between 200 and 300 gigatons of mass is lost from Greenland each year. "A gigaton is an ice cube the size of a cubic kilometre," Torsten Mayer-Gürr makes this – literally – gigantic consequence of climate change strikingly clear. The researcher heads the theoretical geodesy and satellite geodesy working group at TU Graz. Satellite geodesy deals with surveying the Earth on global scales, as Mayer-Gürr explains: "This is about large-scale changes on Earth, especially in the context of climate change. How is sea level changing, how much ice is melting? Where could flooding occur? We can calculate all of this using our satellites – including our satellite duo Tom and Jerry."

Satellite geodesy deals with surveying the Earth on global scales, as Mayer-Gürr explains: "This is about large-scale changes on Earth, especially in the context of climate change. (Torsten Mayer-Gürr)

Saniya Behzadpour from Mayer-Gürr’s team explains what the "cat-and-mouse game" in space is all about: "One of our research projects is the 'GRACE follow on' mission. We named the two satellites orbiting at 400 kilometres above the Earth Tom and Jerry because they are constantly whizzing around and chasing each other. We're interested in how the distance between them changes, because that is influenced by the Earth's gravitational pull," says the researcher. If satellite Tom flies towards a mountain range, it will be attracted by it due to its large mass. The distance to satellite Jerry then increases. "So we can generate global gravity field maps of the Earth and look at the change in mass." The example of ice melt in Greenland mentioned above can also be calculated in this way. In Antarctica, melting is occurring at a similar rate, and the melting water is leading to higher sea levels and the threat of flooding. 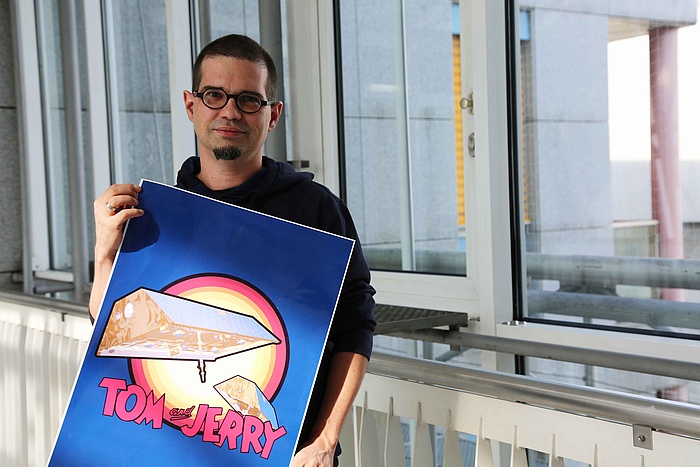 With the help of a satellite duo, Torsten Mayer-Gürr and his team calculate how sea levels change, where flooding can occur, and much more.

"Interplay" with other research disciplines

This is revealed by geodesy, as Mayer-Gürr says, referring to the interdisciplinary teamwork: "We provide the data and are in an ongoing exchange with other research groups, such as experts from climatology, glaciology, oceanography and meteorology, who make further use of this data." In the process, new potential is constantly emerging. "Currently, we are working with meteorologists to help them make even better use of our satellite positioning data. That's because the satellite signals change depending on humidity and temperature, and that in turn is important data for weather forecasting." There is also this interaction with oceanographers: "We need ocean current models to calculate satellite orbits, and oceanographers are helped by our data when calculating their models."

A groundwater map for the whole world

Speaking of water, the changes caused by climate change also include the increased occurrence of extreme weather events. In some areas of the world it rains significantly more, in others less. The geodesy team at TU Graz measures this by analysing groundwater, as Mayer-Gürr explains using an example: "When the monsoon starts in India, the water table – and therefore the mass – rises, and we can see this from the movements of our satellites." In an EU-wide research project, the TU Graz team is currently working on global groundwater mapping, and documenting changes even better. "In the future, the data should be available in real time."

As with all other data evaluations, "We don't work with ready-made software because it simply doesn't exist. We always develop this ourselves," Mayer-Gürr points out, referring to the close cooperation with IT experts that is needed "so that we can devote ourselves more to detective work." What he means is the team’s work of analysis. "We see a disturbance and discuss what may be causing it. To that end, the different approaches and focuses we have in the team are immensely valuable." According to Mayer-Gürr, anyone who is curious and enjoys solving problems as part of a team is in the right place in this broad field of geodesy: "Our work is becoming more and more important in times of climate change and of course NASA and ESA offer exciting jobs, even Google has former graduates of ours working there."

Space is closer than you think

From smoke detectors to cordless screwdrivers, countless everyday objects have their origins in space technology. For example, the cordless screwdriver was developed because there are no power sockets in space. Space research can also contribute to greater sustainability. This is demonstrated by solar cells developed to power satellites. To promote such innovations, the Business Incubation Centre of the European Space Agency (ESA BIC for short) was founded in Graz in 2016. TU Graz is one of the cooperation partners. In total, there are over 20 ESA BIC branches in Europe. Graz is the centre for Austria and Southeastern Europe.

More than 21 start-ups are currently part of ESA BIC Austria in Graz. But what kind of innovations are created there? What is being worked on? A few examples: the IceKing start-up con-ducts glacier monitoring. Lympik is developing a sports analytics platform, which is designed to simplify training measurement and analysis using satellite and IoT technology. And Team Tumble-weed has designed an innovative, wind-powered Mars rover for rapid, large-scale exploration of the planet.
In addition to advice and support for start-up projects, TU Graz also offers courses and project formats such as the Start-up Garage.
More information on gruenden.tugraz.at.

Support and Information for Founders