At the Formula Student competition in Barcelona the TU Graz Racing Team once more gained top positions with second place in the overall class. 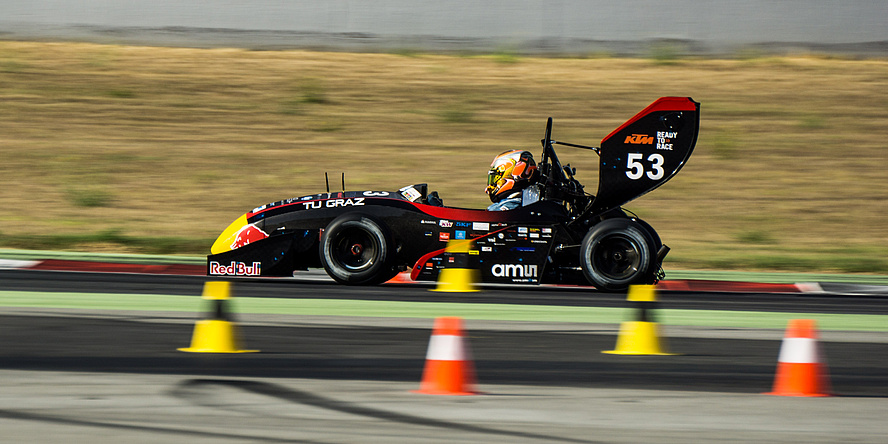 Once more the TU Graz Racing Team had a very successful race in Spain. The TANKIA 2016 racing car did not only achieve second place in the overall class, it also won first places in the skid pad test and fuel efficiency individual events. In the skid pad event you have to drive clockwise and counter clockwise two times each in a figure of eight. What counts here above all is an optimum running gear setting. In this event the TANKIA 2016 was even faster than the competitors with electric engines.

The TU Graz Racing Team has been in existence since 2003. The team designs, develops and makes a racing car with combustion engine every year in the Formula Student class or the Formula SAE design competition in its own campus workshop. Most of the 50 members of the team study at TU Graz, but some are at the University of Graz, and they bring together experience from various fields of study – from mechanical engineering and telematic engineering to business administration and environmental system sciences.
To the Facebook page of the TU Graz racing team More details about the TU Graz racing team and its TANKIA racer can be found on the website of the student team More details on Formula Student and Formula Student Austria
Anthea KEROLLOS
Head of Marketing
TU Graz Racing Team
Phone: +43 664 8338932
Email: anthea.kerollos@racing.tugraz.at