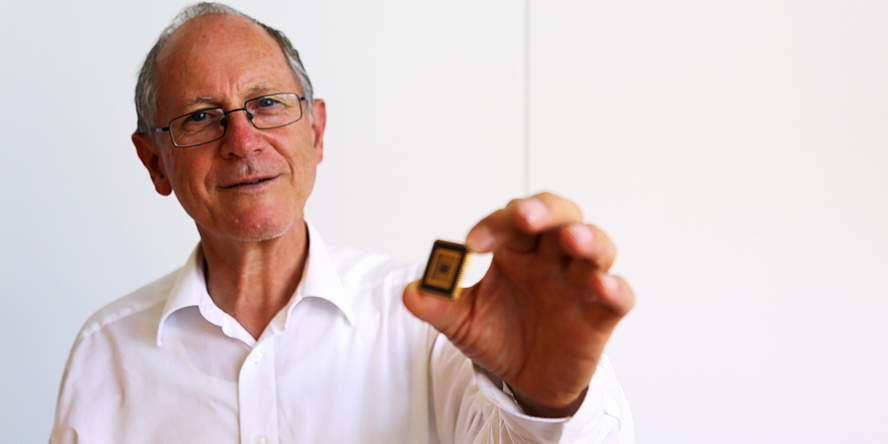 Reinhard Posch is CIO to the austrian federal government. © Baustädter - TU Graz
Reinhard Posch sits with a blank notepad and black ball-point in his hands at the conference table in his office at TU Graz’s Campus Inffeldgasse. On the first page he has made small doodles in blue ink – not exactly what you would expect from a high-ranking computer science expert. The content of the interview, however, points in a direction which hints at the extensive knowledge, the various professional stations and the enthusiasm of this man.