A Quartet of Honorary Doctorates 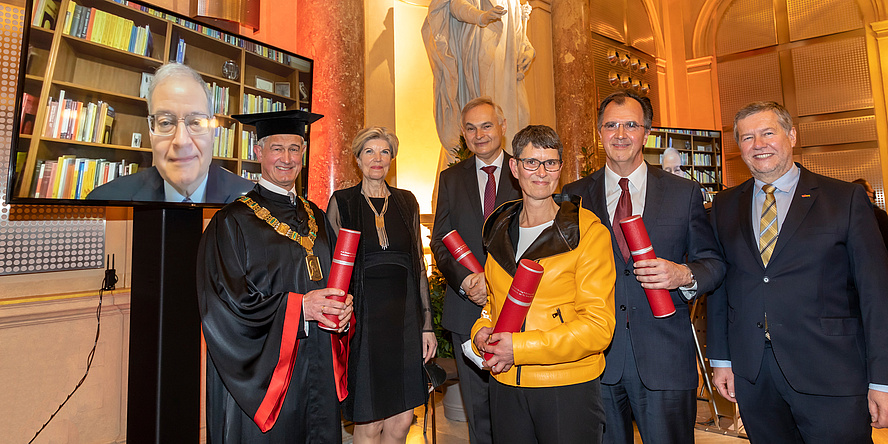 Further picture material for download at the end of the text

An honorary doctorate is one of the highest academic honours awarded by Graz University of Technology (TU Graz). According to the Statutes of TU Graz, the title of "Doctor honoris causa", abbreviated to "Dr.h.c.", is awarded to persons from science and research who are not members of the University and who enjoy a high reputation in their field and whose excellent achievements have a lasting effect on society.
The first honorary doctorate was awarded in 1907, at that time still the "Technische Hochschule Graz” (College of Technology). Since then, 125 people have been awarded honorary doctorates. With Corinna Bath, Friedrich Gesztesy, Gerhard Stark and Stefan Thomke, four more outstanding personalities have now been added to the list, who "have been strongly involved with TU Graz and are closely connected with our alma mater. What unites them is not only their excellence in their respective disciplines, but also their commitment to the development of society as a whole, which has the good of all of us in mind," says TU Graz Rector Harald Kainz in praise of the four honourees.

Corinna Bath was awarded an honorary doctorate from TU Graz for her outstanding scholarly achievements in the field of gender research and its integration in the technical sciences. Bath graduated in mathematics from the Free University of Berlin in 1993, where she first became involved with gender equality in MINT (Translator’s note: almost identical to STEM) subjects as a women's representative. This led her to scientific gender research in these disciplines. She completed her doctorate at the University of Bremen in 2009 on the topic of "De-gendering informatics artefacts". From 2004 onwards, Bath gathered inter-university knowledge within the framework of research projects in the GSA region. From 2012 to 2022, Bath was Professor of Gender, Technology and Mobility at TU Braunschweig and Ostfalia University of Applied Sciences. In 2016, she lectured as Visiting Professor for Gender and Technology at TU Graz, where she did pioneering work, sustainably placed gender and diversity aspects in research and teaching, and contributed her expertise to curriculum design and teaching development.

Friedrich Gesztesy was awarded the title of honorary doctor in recognition of his scientific achievements in the field of mathematical physics and functional analysis. Gesztesy received his doctorate from the University of Graz in 1976. His research in the field of mathematical and applied physics focuses on problems of operator and spectral theory, the properties of solutions of differential equations, and the scientific problems of fully integrable systems. From 1988 to 2016, Friedrich Gesztesy lived as Professor of Mathematics in Columbia, Missouri, USA. Since 2016, he has led a research team at Baylor University in Waco, Texas, USA. Gesztesy has always maintained his relationship with Graz and supported students and scientists. This ultimately also strengthens the scientific bond in the NAWI Graz cooperation in the field of mathematics. Friedrich Gesztesy joined the academic ceremony from Texas via video transmission.

Gerhard Stark was awarded an honorary doctorate in recognition of his outstanding scientific achievements in the field of medical technology. A specialist in internal medicine, angiology and intensive care medicine, he headed the research department for internal pharmacotherapy and was deputy head of the Clinical Division of Angiology at the Medical University of Graz’s Department of Internal Medicine. From 2003 to 2011 he was head of the Department of Internal Medicine at LKH Deutschlandsberg, then medical director of the Hospital of the “Elisabethinen” of Graz and the “Marienkrankenhaus” of Vorau. in 2016, Stark took over the medical management of all hospitals and care facilities of the “Barmherzige Brüder” in Austria, Hungary, the Czech Republic and Slovakia. Since 1st December 2021, the physician has been chairman of the board of the Styrian KAGes. He is intensively involved with socially relevant topics in medicine and medical technology and has been working together with various institutes at TU Graz for 16 years.

Stefan Thomke: Authority in the field of innovation management

Stefan Thomke is the William Barclay Harding Professor of Business Administration at Harvard Business School. He was awarded an honorary doctorate for his outstanding academic achievements in the field of innovation management. Thomke's research focuses on the importance of experimentation in the innovation process. He has received numerous awards and is the author of the best-selling book in the MIT Sloan Management Review. He has worked with companies in the areas of product, process and technology development, customer experience design, organisational change and innovation strategies. Thomke has cultivated a relationship with TU Graz for many years and supported it through lively exchanges in the area of economic sciences. It was there that he had the idea for the Harvard Seminar Room at the Institute of Innovation and Industrial Management. 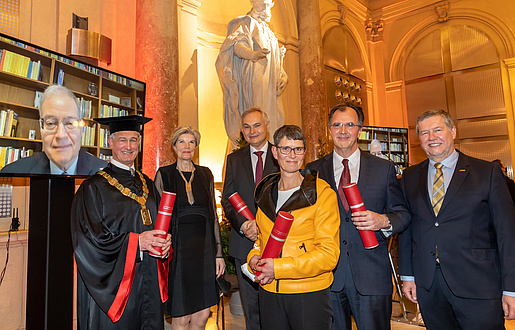 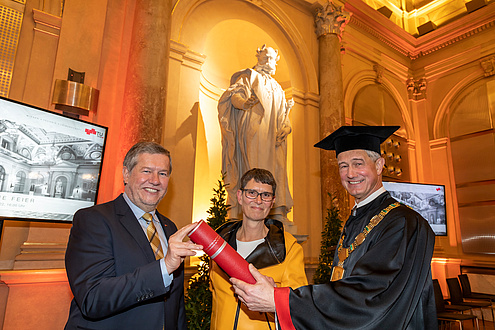 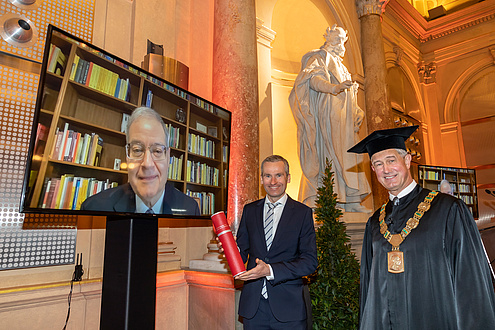 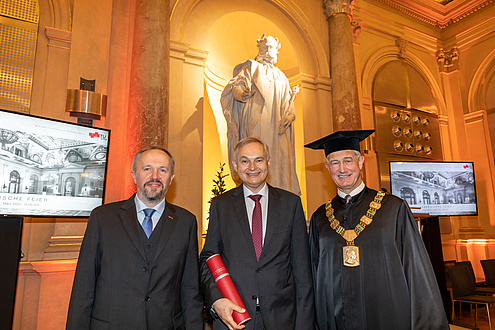 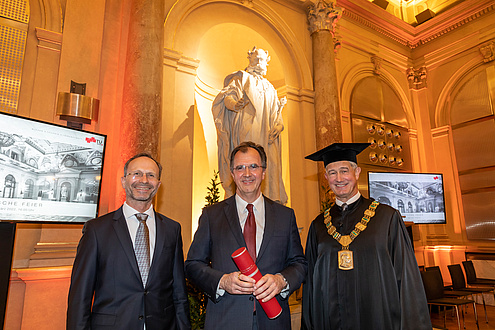