The architectural holdings of the Archives of TU Graz – including the estates of Herbert Eichholzer, Anna Lülja Praun or Karla Kowalski – form the core of the Architekturarchiv Steiermark (ASt), which will be opened in Graz on 30th November. 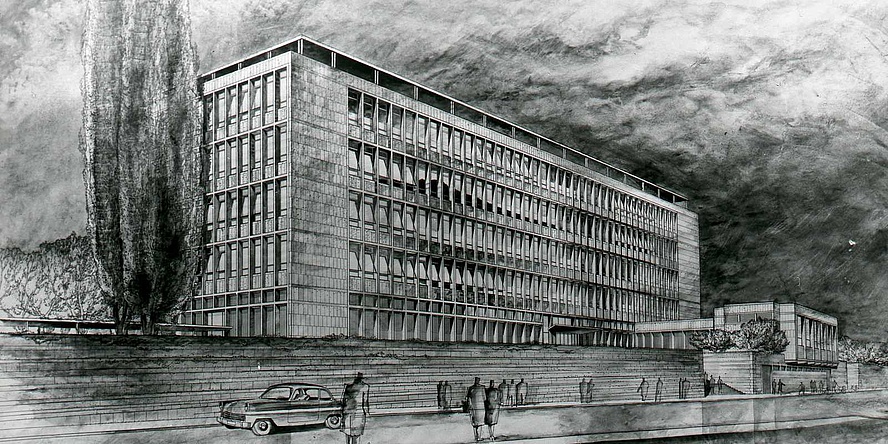 Among many other treasures in the collection of Karl Raimund Lorenz in the ASt is this design for the new chemistry building of the then Graz College of Technology (glass slide, 1955) (Image source: ASt).

The newly founded Architekturarchiv Steiermark (Architectural Archive of Styria – ASt) already holds 70,000 image documents, 55,000 plans and around 50 architectural models on its opening on 30 November in Graz. It is based on the architectural holdings of the Archives of TU Graz. “The ASt sees itself as a storehouse of knowledge and information on the exciting and multi-layered architectural history of Styria in the 20th century. This is all the more important because architecture – consciously or unconsciously – plays a significant role in shaping our everyday life, culture and identity,” says ASt head Bernhard A. Reismann, explaining the intention behind the founding of the ASt. 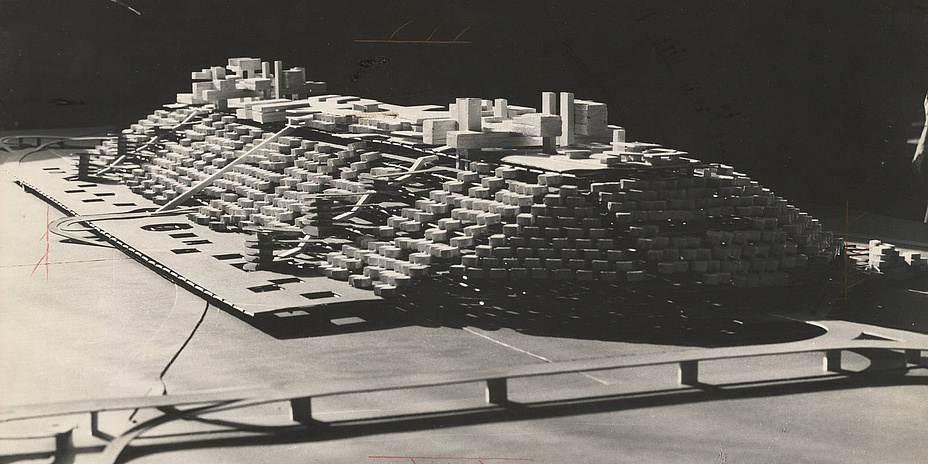 The Stadtberg Graz was never implemented. Here is a photo of the model for the superstructure of Graz Main Railway Station from the 1960s in the estate of Hubert Hoffmann (image source: ASt)

The ASt is a repository where true treasures can be found, such as the collections on the architectural offices of Herbert Eichholzer, Fritz Hodnik and Hans-Karl Zisser, which are significant for the architecture of the interwar period. Reismann is also particularly proud of the estate of the first woman graduate of the Graz architecture degree programme, Herta Frauneder-Rottleuthner, who made a name for herself not least as a spa architect. Together with her daughter Elisabeth, Frauneder-Rottleuthner designed the Eggenberg indoor and outdoor swimming pool – the forerunner of today’s “Auster”. The estate of the architectural photographer Peter Eder documents important works of the building epoch between about 1960 and the 2000s, which gained international attention under the term “Graz school”, with well over 10,000 first-class picture documents. And the extensive bequest of the Szyszkowitz-Kowalski architectural office represents the work of the important Styrian architectural office over almost 50 years – another pearl in the substantial holdings of the ASt. Further bequests will follow. 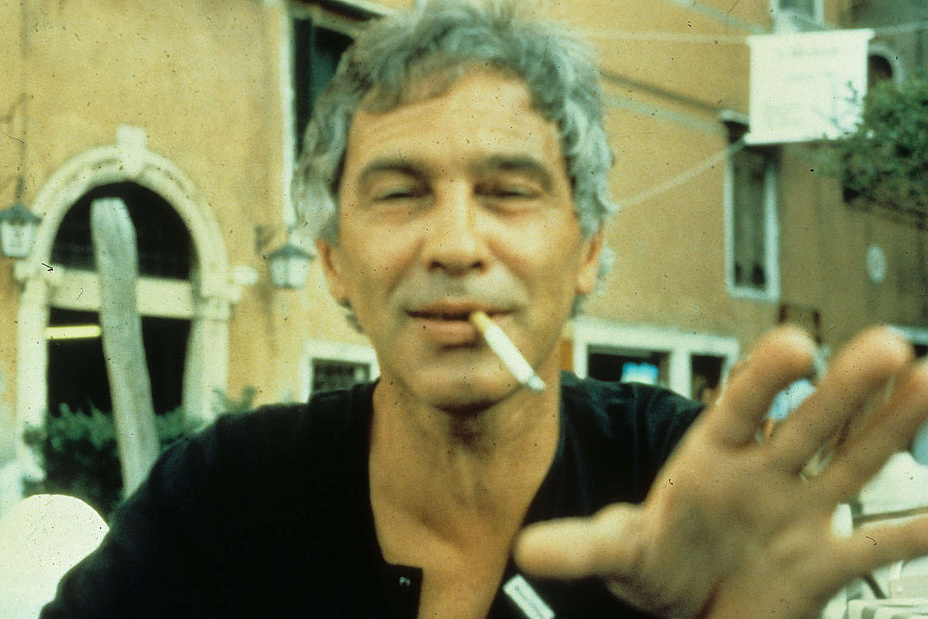 Günther Domenig around 1975: Snapshot by Dietrich Ecker from the Ecker slide collection. The estate of the architectural photographer with well over 10,000 architectural documents is part of the ASt. Image source: ASt

Cooperation between documentation, research and culture

The Architekturarchiv Steiermark was created in cooperation between the Archives of Graz University of Technology (TU Graz), the HDA (House of Architecture) headed by Beate Engelhorn and the academic support of the Institute of Architectural Theory, History of Art and Cultural Studies (akk) of TU Graz, whose head, Anselm Wagner, was one of the most important promoters of the ASt from the beginning. In the future, too, documents and models will be archived professionally and appropriately within the framework of this cooperation and systematically researched scientifically by the akk. It will be equally important to present the results and introduce them into regional and national architectural discourse.

“The ASt is a public archive that can be used by everyone. Of course, it primarily serves research and teaching at the Faculty of Architecture at our university, but there is already a great interest in cooperation beyond the university, for example with BauKultur Steiermark and similar institutions in other provinces,” says a delighted Bernhard A. Reismann. Because basically everyone who is interested in Styrian architecture and its history, as well as in regional history in general, is invited to use the archive.

For details concerning the opening switch to the TU Graz events calendar.