When rowhammer only knocks once 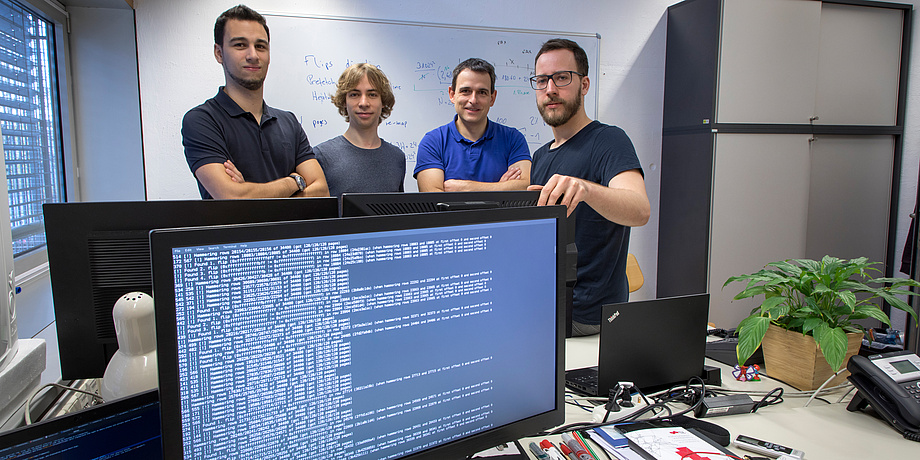 The research team with Michael Schwarz, Daniel Gruss and Moritz Lipp as well as working group leader Stefan Mangard. (© Lunghammer - TU Graz)
“When a system is regarded as absolutely safe, our curiosity is awakened,” explains Daniel Gruss from the Institute of Applied Information Processing and Communication Technology at TU Graz. As part of the Secure Systems working group, the researcher is occupied with the security of IT systems and in particular rowhammer attacks. Together with colleagues Michael Schwarz and Moritz Lipp, he has recently published research results which have generated excitement in the community to say the least and possibly may lead to a complete rethink.

Rowhammer attacks were first recognised as a security problem and scientifically investigated in 2014. Attackers exploit vulnerabilities in the hardware to gain access to computer systems. The security holes are not real hardware faults, but rather come about because the DRAM modules in our computers – the memory – are becoming increasingly smaller. These models are composed of individual cells which are either charged (1) or not charged (0) and whose value determines all the computational processes. These small memory cells lying next to each other are arranged in rows and shielded from each other by insulation to prevent disturbance and computer errors. But this only works in a certain, specified context – in other words, only for a particular number of accesses in a predefined period. If the speed of accesses or their number is too high, this can lead to errors. Because computer components are becoming increasingly smaller and at the same time more powerful, and due to the fact that the cells lie even closer together, disturbance errors can be caused, when many cells are accessed or accessed at very high speeds, which change the value of a single cell.
Cells in which sensitive information such as administration rights are defined cannot usually be accessed externally. But the adjacent cells which are used for ordinary computer processes, for instance which are necessary for surfing in internet, can be accessed externally. When these adjacent, unprotected cells are accessed at very high frequency, the value of the attacked cell can be altered due to the resulting disturbance errors. Rowhammer attacks work on this principle. Daniel Gruss explains: “If the administration rights lie exactly in this cell, then the attacker has full access to the system and can, for instance, install malware.”
In 2015 the research team demonstrated that such an attack can be launched while surfing in internet using a Java script from a malicious advertisement on a trustworthy website. Such attacks can also be carried out on smartphones. 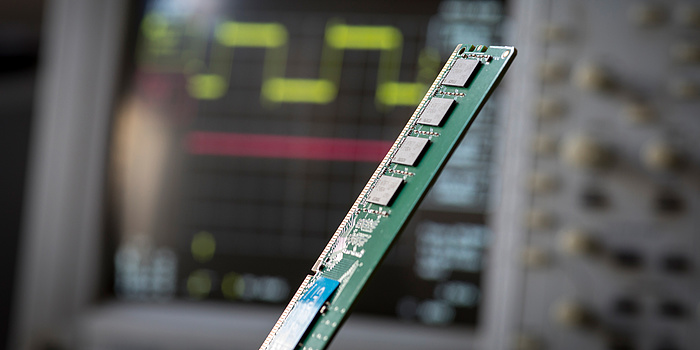 Hardware and software producers have responded to this problem and offered solutions. “The basic assumption underlying our understanding of such attacks and thus all defensive measures up to now was that the attacker had to hammer two rows of cells at the same time in order to bring about a change in value,” explained Gruss. “This creates a very distinctive attack pattern to which one can respond in defence measures.”
“Research developed to such an extent last year that it was assumed that the new hardware components were absolutely safe.” But the TU Graz researchers have now been able to show that the basic underlying assumption was wrong. 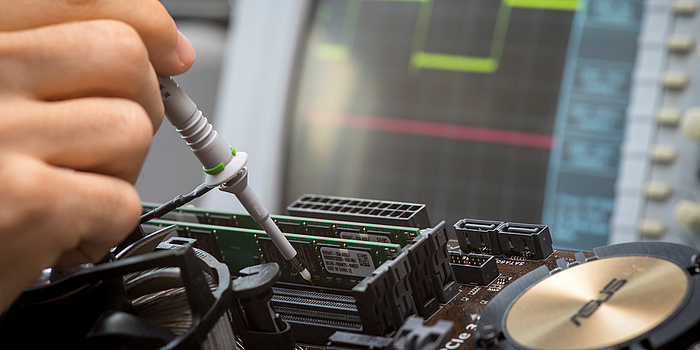 The research results were published under the title “Another Flip in the Wall of Rowhammer Defenses”.
Daniel GRUSS
Dipl.-Ing. Dr.techn. BSc
Institute of Applied Information Processing and Communication Technology
Inffeldgasse 16a
8010 Graz
Phone: +43 316 873 5544
daniel.gruss@iaik.tugraz.at
gruss.cc