When electric vehicles crash, what happens to the battery?

How EV batteries behave in detail during crash loads and what influence the previous life of the battery has on its safety is being investigated by TU Graz and partners in the K-project “SafeBattery”. 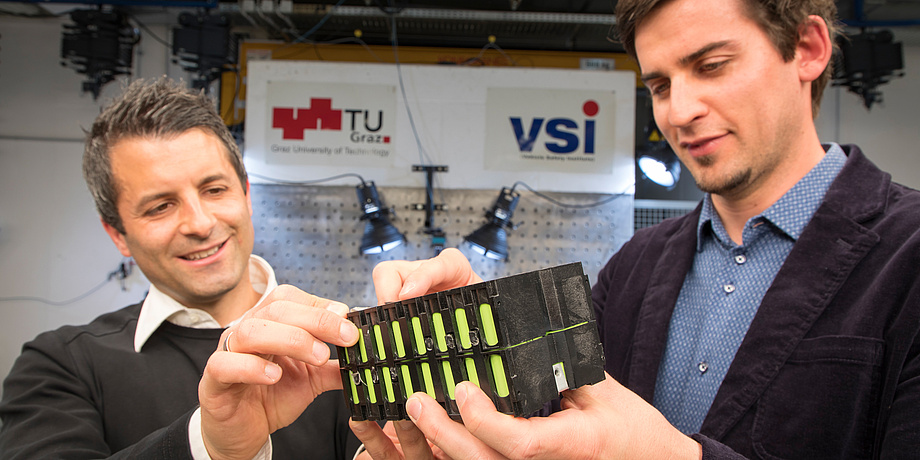 The project "SafeBattery" aims to contribute to achieving more leeway in range and vehicle design while always guaranteeing safety. In the picture: project leader Wolfgang Sinz and Christian Ellersdorfer, both from the Vehicle Safety Institute of TU Graz (from left). © Lunghammer - TU Graz
Further photographic material available at the end of this text.

Safety, range and costs: these are the three big premises of electromobility. Safety definitely comes first. Lithium-based traction batteries are usually completely enclosed in the battery case and integrated in the vehicle to protect the battery from all conceivable stresses and external influences. This “armour” has an effect on construction, weight, size and overall design of the vehicle. “For the sake of safety, vehicle producers protect traction battery components usually more than is necessary, just to be on the safe side. As payback, however, there are certain restrictions. One reason for this practice is that too little research has been done into the behaviour of battery components under crash conditions, such as battery cells,” explains Wolfgang Sinz from the Vehicle Safety Institute at TU Graz. Current research restricts itself mostly to the behaviour of new vehicle traction batteries, without for example taking into account the possible influence of previous stress, such as ageing. And this is the point at which the team led by Wolfgang Sinz together with well-known national and international partners from research and industry takes up its work in the COMET project “SafeBattery”, which moved on in April 2017.

Every battery has a history

In the four-year research project funded by the Austrian Research Promotion Agency, the focus is on the mechanical, electrochemical, chemical and thermodynamic behaviour of single cells and single modules on a lithium basis under crash loads. In the course of this, the researchers will investigate components with different histories, since “safety should be ensured not just of new batteries, but also of traction batteries in vehicles which have a certain amount of vibration, possible minor mechanical shortcomings due to small accidents and calendrical ageing behind them,” says Wolfgang Sinz. Other factors influencing battery behaviour in crash cases will be examined carefully, such as charging status and temperature.

The SafeBattery team wants to sound out the limits of battery cells to subsequently define parameters which can be used to ensure that these limits are never exceeded in practice. A lot of collaboration is needed, not only from industry partners such as AVL, Steyr Motors, Audi and Daimler, but also from within TU Graz in the form of experts from the Institute for Chemistry and Technology of Materials and the Virtual Vehicle competence centre. “There is a lot of interdisciplinary crossover in this project. We have a huge range of influencing parameters and have to examine and break down the mosaic into its constituent parts. Only then can we make recommendations concerning construction, integration and operation of the batteries,” says Sinz.

The team has developed and built its own test rigs with tailor-made measuring and sensor technology for a variety of crash scenarios for batteries and their components in the Institute’s own crash test hall: “A unique experimental setup which can yield high-quality measuring data and findings from among the entire, highly complex procedures which usually only take milliseconds to complete,” says Sinz. On top of this come numerical calculation methods and simulations to help better understand the multi-physical processes involved. This should result in a comprehensive knowledge of the behaviour of traction batteries under crash loads in order to better integrate them in relevant vehicle concepts. This knowledge can be used to recognise early on critical states in batteries during development and in operation and to avoid them through specific measures. Furthermore, cell manufacturers are interested in precise requirement specifications. “Using the results obtained, we want to contribute to achieving more leeway in range and vehicle design while always guaranteeing safety,” summarises Sinz.

A look at future generations

Another focus of the project is that, together with the Institute of Chemistry and Technology of Materials, not only state-of-the-art lithium-ion batteries with liquid electrolytes will be investigated, but also next-generation lithium batteries with all solid state electrolytes. “What interests us here is whether the coming generation of drive batteries simply no longer has the failings of the current systems or whether they’ll have new or different vulnerabilities,” says Wolfgang Sinz.
This project is anchored in the Field of Expertise “Mobility & Production”, one of five research foci of TU Graz.

From academia, the Virtual Vehicle competence centre and Institute for Chemistry and Technology of Materials are assisting the Vehicle Safety Institute, as is TU Graz. The project period is four years and will have a total financial volume of six million euros.
Wolfgang SINZ
Ass.Prof. Dipl.-Ing. Dr.techn.
TU Graz | Vehicle Safety Institute
Phone: +43 316 873 30310
Email: wolfgang.sinz@tugraz.at 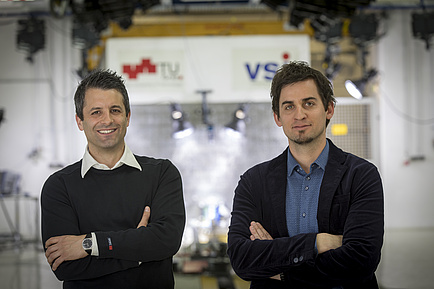 Wolfgang Sinz and Christian Ellersdorfer in front of the tailor-made test rig in the Institute’s own crash test hall. © Lunghammer - TU Graz 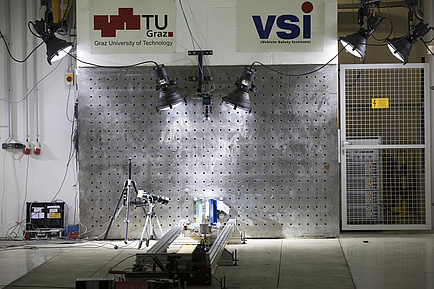 In the Institute’s own crash test hall offers tailor-made measuring and sensor technology for a variety of crash scenarios for batteries and their componentshat. © Lunghammer - TU Graz 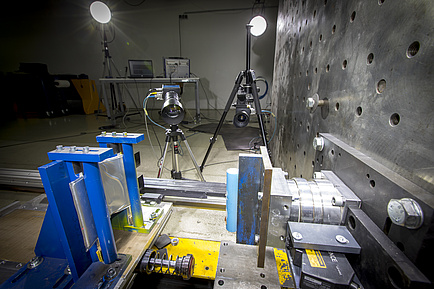 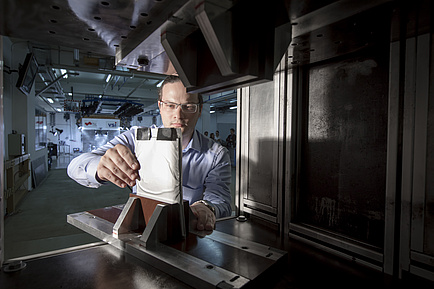 The SafeBattery team wants to sound out the limits of battery cells to subsequently define parameters which can be used to ensure that these limits are never exceeded in practice. © Lunghammer - TU Graz 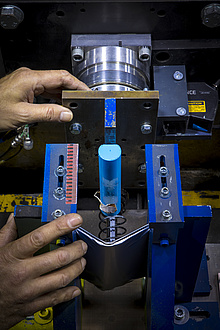 Detail shot of a battery cell in the test rig. © Lunghammer - TU Graz