What Makes a Building Smart?

Smart buildings are designed to increase comfort and reduce energy consumption. Gerald Schweiger, who works on intelligent energy systems at TU Graz, knows what opportunities are opening up. 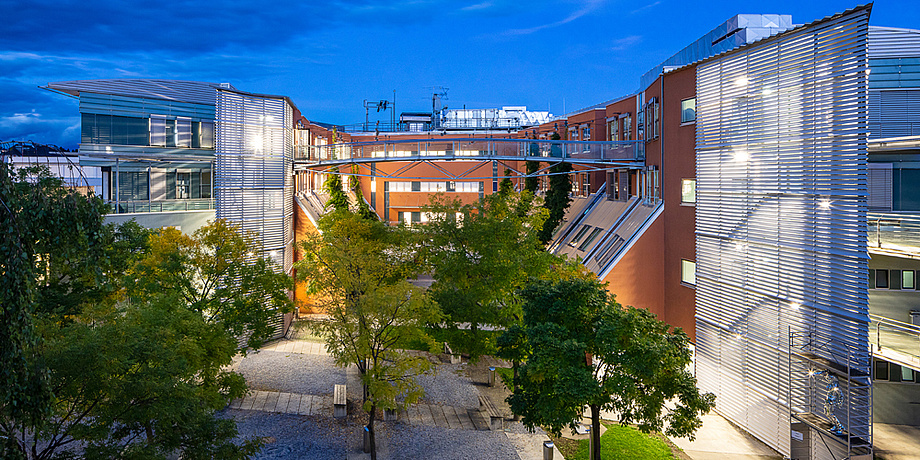 As the "Innovation District Inffeld", the campus is a kind of living lab for energy systems of the future. Source: Markus Kaiser – TU Graz

What makes a building “smart”? Is it the building technology? IT from cellar to attic or the well thought-out structural and design interpretation for people and their everyday life in and around buildings? “A smart building knows what is happening both inside it and all around it thanks to suitable sensor technology and the data generated by it, and a higher-level artificial intelligence automatically adjusts the building’s operation depending on defined targets – at least, that’s the short version,” says Gerald Schweiger. He conducts research into smart energy systems at the Institute of Software Technology at TU Graz and sees buildings, along with mobility, as the prime application for smart things.

Sensor systems as a basis

There are three basic requirements that a building must fulfil in order to come close to the smart building category. The first must: installed sensor technology. “First of all, we need detailed data on the operation of the building, including indoor air quality, in other words temperature, humidity and CO2 levels; then energy consumption, water consumption, energy production from photovoltaics and so on. This requires sensor technology that collects environmental information as the basis of every smart building,” says Gerald Schweiger. “In the future buildings should be active, intelligent players in a higher-level energy system, to make this possible, we need a bidirectional communication in real time with real buildings. In other words, passive consumers become active prosumers, i.e. someone who both produces and consumes energy.”

Of course, measuring and collecting data alone is not enough: “The next point on the check list of a smart building is the evaluation of data in order to automatically detect errors, monitor operation and optimally regulate it. After all, I don’t just want to measure the temperature, I also want to be able to automatically regulate it in advance if necessary.” Innovative solutions are needed to generate, provide and analyse these large amounts of data; IoT technologies are one such solution – they are the backbone and an enabler of these intelligent systems.

But the building is still not smart: “With the two basic prerequisites of automatic measuring and regulation, the only question left is what is regulated, when and how much. The threads have to come together somewhere. In my opinion, a higher-level intelligent system that takes over control according to defined targets and automatically detects errors is what makes the building smart,” says Schweiger.

For example, a target function can be maximum user comfort, independent of energy consumption. “Or, conversely, I want to cover the building’s energy consumption as best as possible with energy from my own sources or adjust my energy consumption to the energy price on a daily basis, in case of doubt also at the expense of comfort,” explains the researcher, who sees this as a major optimization task. “A higher-level intelligence coordinates a wide variety of sub-models and decides which knobs it has to turn and when, so to speak, in order to meet a target. And in the best case scenario, there’s a user-friendly visualization based on that that shows me all the processes in real time on dashboards.”

In general, Schweiger detects a rather inflationary use of the term “smart”, especially in relation to buildings. “What is called a smart building borders on fraudulent labelling in some cases. People like to imagine things simply, but also like to overtake reality. In truth, we are not yet as developed as some people believe or pretend; there are still many unanswered questions in the area of R&D.” TU Graz’s Campus Inffeldgasse is being utilized to work on these questions under real conditions. In the form of “Innovation District Inffeld”, the campus is a kind of living lab for energy systems of the future. Innovation District Inffeld has its origins in the INFRAMONITOR project, which monitors and visualizes the water and energy supply of selected TU Graz buildings in real time. The project, led by Gerald Schweiger and run jointly by TU Graz’s Buildings and Technical Support service department, demonstrates how an IoT platform enables real-time communication between buildings, various facilities and staff, and how a higher-level artificial intelligence optimizes and monitors energy and water consumption.