Rerouting the Function of the Hand

The MoreGrasp project is coming to an end and has provided substantial results. The mental control of neuroprostheses can be considerably simplified in the future with the help of reprocessed brain signals. 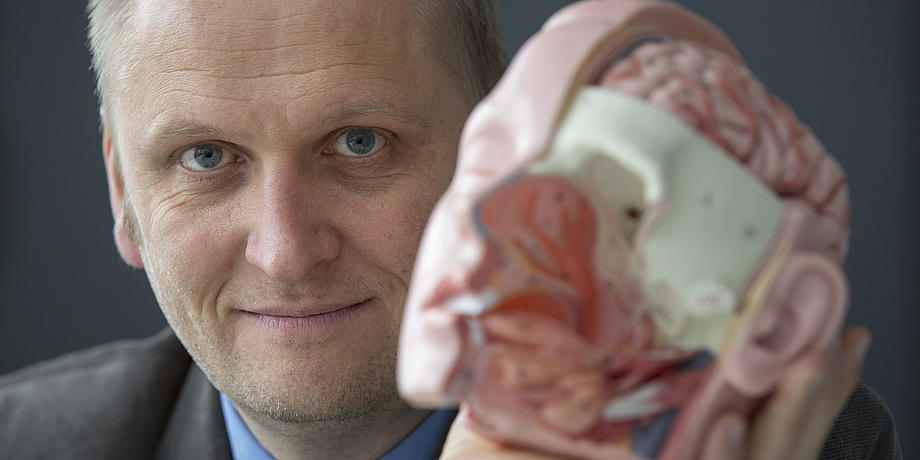 Marcel is paralysed and can only partially move his arms and legs. He cannot grasp glasses and needs support to eat. “The common assumption is that you cannot do anything more for someone in such a case, and that tetraplegia is an immutable fact,” explains Gernot Müller-Putz from TU Graz’s Institute of Neural Engineering. “But it doesn’t have to be like that.” He wants to help people like Marcel to have more quality of life and independence.

Gernot Müller-Putz conducts research on brain-computer interfaces or BCI. These interfaces can translate brain waves measured by an electroencephalogram (EEG) into computer commands, which in turn can control a neuroprosthesis. “In tetraplegia all the circuits in the brain and muscles in the body parts concerned are still intact, only the neurological connection between the brain and the limbs is interrupted. We bypass this by communicating via a computer which in turn passes on the command to the muscles,” explains the professor. The muscles are triggered and their movement stimulated by means of electrodes fastened to the outside of the arm, thus eliciting, for example, opening and closing of the fingers. 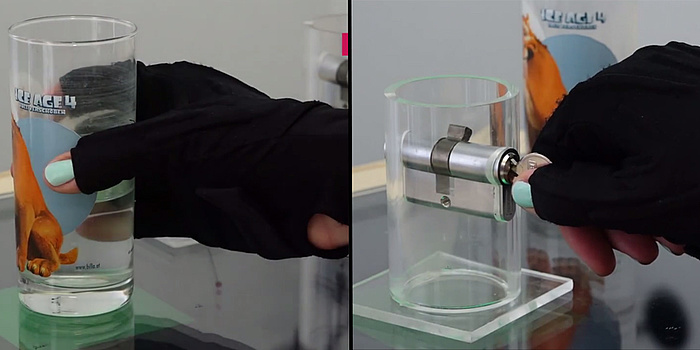 A variety of grips were investigated: the palmar grip, the lateral grip, and opening the hand and turning it inwards and outwards.

Up to now we work using a mental rerouting to generate distinct signals to control the prosthesis. The test persons thought about lifting and lowering a foot and the mental signal measured by the EEG opened the right hand. When they thought of a movement of the left hand, the right hand closes again. Whatever thoughts that were assigned to the respective movement were irrelevant: what was important was the sufficient distinguishability of the produced brain waves.

The team in Graz developed this technique further in cooperation with the University of Heidelberg, KnowCenter, University of Glasgow and partners Bit Brain Technologies and MEDEL in the recently concluded project MoreGrasp financed by the EU and created a paradigm shift. This mental “rerouting” is no longer necessary, as Müller-Putz explains: “We now use so-called ‘attempted movement’.” The test person attempts to carry out a movement, for instance to grasp a glass of water. Due to tetraplegia, the occurring brain signal is not passed on, but can be measured using an EEG and processed by the computer system. A variety of grips were investigated in the project: the palmar grip (cylinder grip, grasping a glass), the lateral grip (key grip, picking up a spoon), and opening the hand and turning it inwards and outwards. 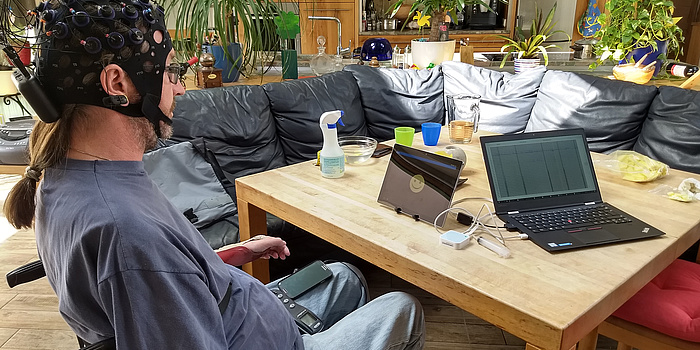 A test person is training with a software especially designed for the MoreGrasp-project.

“There is very little difference between the signal of grasping a glass and opening the fingers afterwards. But we are figuring out these differences and using them to directly trigger the neuroprostheses. We recognised that this research field is still in its infancy, but we’ve introduced these signals and thus made an important step,” says a delighted Müller-Putz. This is a completely new possibility and could be a game-changer for users.

A special online platform to link up interested persons and those concerned was set up in the course of the project. End users can register on the platform to enter a large¬scale feasibility study which is intended to check compatibility in everyday life of the technique developed in the study. “Following this, we will test the motoric abilities of all the participants who are eligible for our study using a specially developed toolkit. In doing this, we will look at EEG patterns, test whether the muscles can be triggered using electrical stimulation, and make a complete assessment of all available muscle power and degrees of movement,” explains Müller-Putz. Afterwards, each test person will be provided with a tailormade BCI training course which must be completed independently in sessions lasting several hours each week. In this way brain signals will be gathered and the system will learn during each experiment. 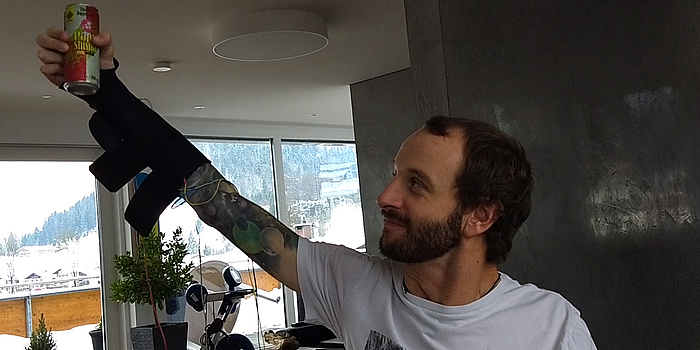 A test person wearing a neuroprosthesis is holding a cup which he was not able to do before.

In addition to the groundbreaking research, Müller-Putz and his team are very involved in creating awareness of it. Just before the project started, the first outpatients department in Europe specialising in neuroprostheses was opened in Heidelberg. And there is increasing interest in the topic from other doctors: “As I already said, up to now people were of the opinion that tetraplegia was an open and shut case. But we are slowly realising that it doesn’t have to be.” But the research is an important step in particular for the people concerned, explains Müller-Putz, with barely concealed joy on his face: “When they can suddenly move their hands again after so many years, it’s fantastic for them. This grin that they have: you just can’t describe it.”

2019 the CYBATHLON BCI Series 2019 will take place at the TU Graz - international BCI Racing Teams will compete against each other and present their research successes. More information and registration for interested teams on the website CYBATHLON BCI Series 2019. One of these teams will be the TU Graz-Team Mirage 91 BCI Racing student team, who will report on their work in the blog Talking about... report about their work.