If aircraft disappear from radar, it may be due to overloaded transponders. TU Graz has developed a simulation tool for Austro Control to determine the transponder occupancy. This tool is now being further developed for the entire European airspace on behalf of EUROCONTROL. 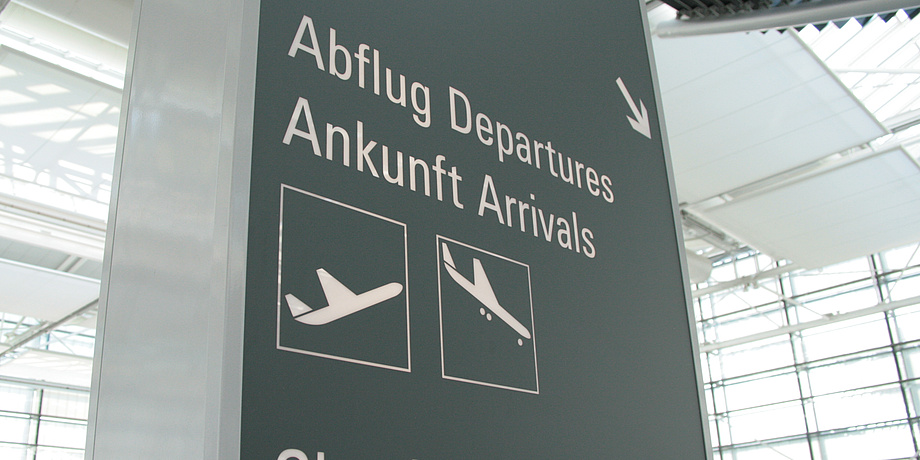 The simulation tool developed at the Institute of Microwave and Photonic Engineering shows the site-specific transponder occupancy caused by radar interrogations in Austrian or pan-European airspace. © Fotolia

Transponders are part of the mandatory equipment of civil aircraft: they are electronic devices that respond to radar interrogations and thus help air traffic control and air collision avoidance systems of other aircraft in the sky to determine the exact position of the aircraft. The time it takes for the signal to travel from the transponder to the receiver provides information about the exact position of the aircraft. Depending on the type of transponder, further information is also transmitted, such as flight altitude or flight identification.

"An aircraft suddenly disappearing from the air traffic control screen is always extremely alarming," says Helmut Schreiber from the Institute of Microwave and Photonic Engineering at Graz University of Technology (TU Graz). On behalf of the Austrian air traffic control Austro Control, he investigated all factors influencing transponder occupancy and, based on this, developed the simulation tool "TOPAS (Transponder Occupancy Analysis Software)" for transponder occupancy in Austrian airspace. On behalf of EUROCONTROL, this tool is now being further developed for the entire European airspace. Under the acronym ESIT (EUROCONTROL Simulator of Surveillance Interrogators and Transponders), TU Graz is working closely with Austro Control as well as with the German company SeRo Systems and EUROCONTROL. "For the planning and expansion of air traffic control infrastructure, it is essential to know how this infrastructure affects transponder occupancy. This concerns, for example, the addition of new radar installations or changes to interrogation strategies. It is important to find out where any hotspots are and if they need to be relieved. Our simulation tools make an important contribution here," says Schreiber.

Paul Bosman, Head of ATM Infrastructure at EUROCONTROL adds: “We are delighted about the excellent cooperation with TU Graz, Austro Control and SeRo Systems. The simulation tools will contribute to a sustainable use of  surveillance radio frequency and transponder critical resource benefiting all European airspace users.”

A quick and approximate overview of the transponder occupancy is given by a relatively simple spreadsheet. It takes into account only the number of sensors and aircraft, but not their spatial distribution. The tools TOPAS and ESIT, on the other hand, as digital twins, incorporate the actual positions of all radar sensors and also real air traffic situations. "With such a simulation, even more complex interrogation sequences can be programmed, both for entire radar systems and isolated for individual sensors. This gives us more realistic and accurate results. We find out specifically when and where there will be stress situations for transponders and what they are," explains Helmut Schreiber.

With the ESIT tool, users (government authorities, air navigation service providers) can estimate the transponder load in their airspace caused by their own systems and those of neighboring countries. Since the tool will run exclusively on EUROCONTROL servers, users will not have access to sensitive data of other countries' infrastructure.

In addition to civilian and military radar stations at airports or at neuralgic points, such as the Koralpe, ongoing radio contacts of so-called active multilateration systems are further demanding on the transponders. There are about 70 stations supporting multilateration throughout Austria. Multilateration, or MLAT for short, works like a reverse GPS. Several antenna stations on the ground scan the transmitted radio signal of a transponder, also sending their own interrogations to the transponder.

Depending on the distance of the aircraft, the radio waves from the transponder reach the respective receiving antennas at different times. Each receiving station reports the exact time at which it received the signal to a central computer. This allows the path of the aircraft to be followed. Helmut Schreiber, from the Institute of Microwave and Photonic Engineering at TU Graz, explains: "MLAT systems have great advantages: they can replace expensive radar stations. And the failure of a single receiver is less dramatic than, say, the failure of an entire radar station. Despite these advantages, the ongoing radio contacts can put an extraordinarily high strain on transponders in a poor configuration, and can likewise cause an aircraft to become virtually invisible."

According to Schreiber, civil air traffic control of the future will be radar-free anyway. In future, aircraft will use satellite navigation systems to determine their own position and automatically send it to air traffic control. This is also simulated by ESIT. TOPAS and ESIT will be increasing safety in the air for existing and for future systems. 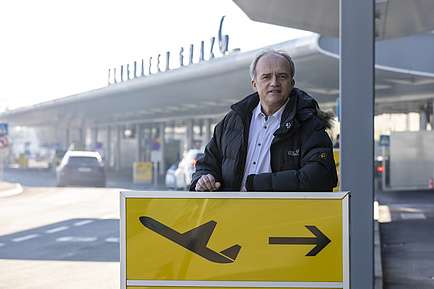 The simulation tool developed by Helmut Schreiber of TU Graz for the transponder occupancy in Austrian airspace is now being further developed for European airspace. © Lunghammer - TU Graz 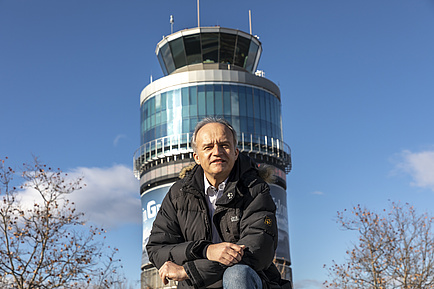 Helmut Schreiber from the Institute Microwave and Photonic Engineering at TU Graz in front of the tower at Graz-Thalerhof Airport. © Lunghammer - TU Graz 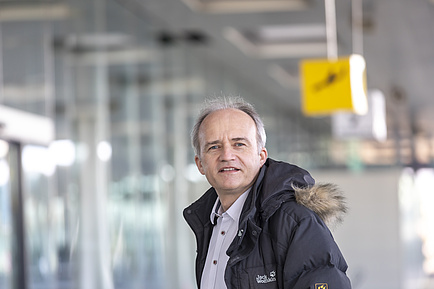