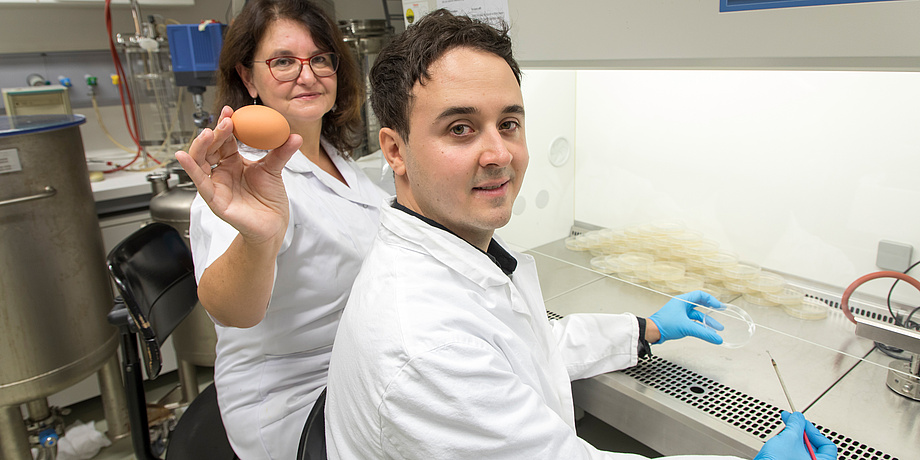 Gabriele Berg and Tomislav Cernava from the Institute for Environmental Biotechnology at TU Graz use microorganisms for the natural disinfection of hatching eggs. © Lunghammer - TU Graz
There was a Europe-wide outcry in the summer of 2017 as it emerged that hatching eggs were being treated with the insecticide fipronil, which is harmful to health. The use of fipronil is banned in the treatment of animals meant for food production. The eggs themselves were not treated directly with fipronil, but sitting hens infested with chicken lice were – and they passed on the toxic substance onto their eggs. But hatching eggs come into contact with toxic substances in quite legal, standardised ways. To prevent and fight against bacterial contaminations, the common practice of treating hatching eggs with formaldehyde has been carried out in European large-scale hatcheries for many years.

Another advantage of this substance is that it is liquid at room temperature, but also evaporates easily. This means the same equipment can be used as is now used for fumigation with formaldehyde. As a next step, what works in the lab must now be tested on a large scale. To do this, the group is now looking for partners from industry who want to get involved.
This research topic is anchored in the Field of Expertise “Human & Biotechnology”, one of the five strategic research foci at TU Graz. 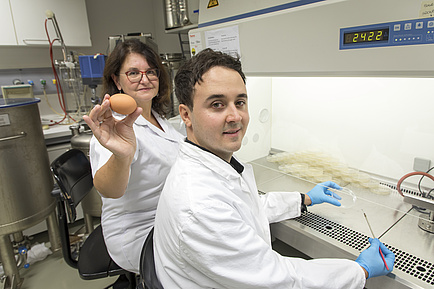 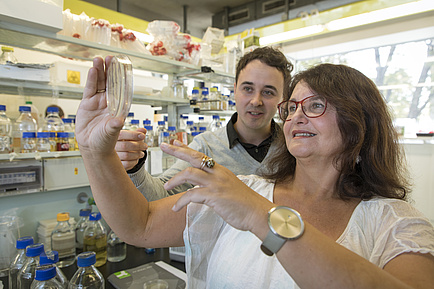 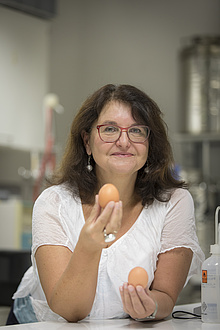