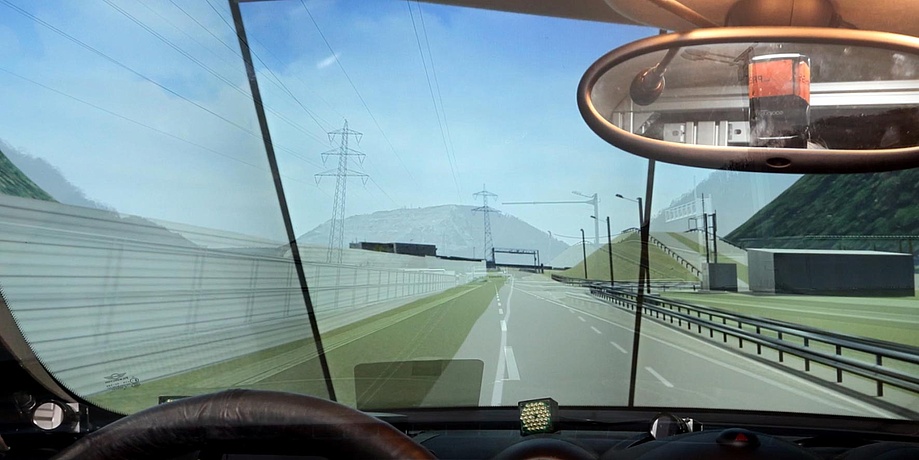 Driving simulator tests are popular – for understandable reasons: any scenario can be simulated at the touch of a button. They are independent of time and weather conditions and without any safety risk for the vehicle, people or the environment. Moreover, an hour in the driving simulator is cheaper and requires less organization than a real driving lesson on a test track. "In the field of highly automated driving, however, driving simulator studies are often questioned because of the lack of realism. In addition, until recently there were no standardized test procedures that could have been used to check complex tasks such as the mutual interaction between human and system (handover procedures)," says Arno Eichberger, head of the research area "Automated Driving & Driver Assistance Systems" at the Institute of Automotive Engineering at Graz University of Technology (TU Graz).

Recently, because the first global regulation for Automated Lane Keeping Systems (ALKS) has been in force since the beginning of 2021. This law resolves the road approval dilemma, as Eichberger explains: "Until now, regulatory authorities did not know how to test and approve autonomous driving systems. The vehicle manufacturers, in turn, did not know what requirements the systems had to meet in order to be approved." In the regulations, the approval criteria for highly automated systems (autonomous driving level 3) up to a maximum speed of 60 km/h have now been specified for the first time on the basis of a traffic jam assistant. When the assistant is activated, responsibility for control is transferred to the machine. The driver may take their hands off the steering wheel, but has to immediately take over again in the event of a malfunction. The system must recognize that the person behind the wheel is capable of doing this.

Based on this regulation, Eichberger and his research partners from Fraunhofer Austria, AVL and JOANNEUM RESEARCH have developed an efficient method over the last few months by which the readiness to take over control can be tested safely, efficiently, and to a high degree realistically in a driving simulator and the results can be used for the certification of ALKS systems.

Identical machine perception of the environment

Processes were required to prove the validity of the driving simulation using the test drive. The basis for this was a direct comparison – driving simulation and real driving (the AVL test track in Gratkorn, Styria, served as the test location) had to match as closely as possible. Here, the machine perception of the environment posed a challenge. Figuratively speaking, machine perception is the sensory organs of the vehicle. It has the task of precisely recording the vehicle's surroundings – from the landscape and environmental objects to other road users – so that the driving assistance system can react appropriately to the situation. Eichberger: "If this is to run the same as in reality, the environments in the simulation have to match the real environment to the exact centimetre."

his accuracy is achieved using so-called "Ultra High Definition Maps" (UHDmaps®) from JOANNEUM RESEARCH (JR), one of the world's leading research institutions in the field of digital twins. "We use a mobile mapping system to measure the test environments. Finally, a seamless 3D map with an extremely high level of detail is created from the measurement data. In addition to traffic infrastructure objects such as traffic signs, lane markings and guard rails, vegetation and buildings are also represented in this map," says Patrick Luley, head of the research laboratory for highly automated driving at the DIGITAL Institute. While comparable accuracy can be achieved with manual 3D modelling, JR's automated UHD mapping process is many times cheaper and faster.

The high-resolution 3D environment is finally transferred to the driving simulator. This is where the Fraunhofer Austria team come in. Volker Settgast from the Visual Computing business unit: "We prepare the data in such a way that the 3D environment can be displayed at high speed." Even reflective and transparent surfaces or trees and bushes blown by the wind can be perceived naturally. Depending on the test scenario, additional vehicles or even people can then be added to the virtual environment.

The validation is finally verified with the help of comparative runs on the real route. "With our method, it is possible for car manufacturers to easily compare and validate a certain sampling on the real track and in the driving simulator. This means that the test can ultimately be transferred from the real track to the driving simulator," says Eichberger. The TU Graz researcher and his team are now working on setting up virtual approval tests over the next few months.

This research project is anchored in the Field of Expertise "Mobility & Production", one of five strategic focus areas of TU Graz. 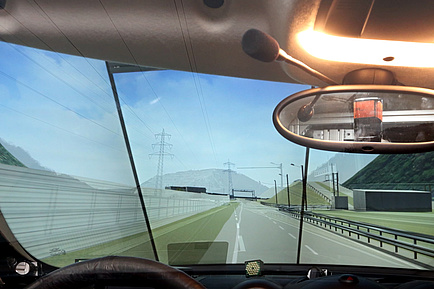 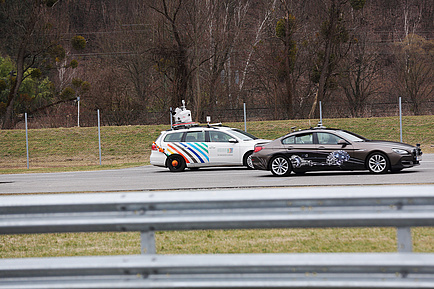 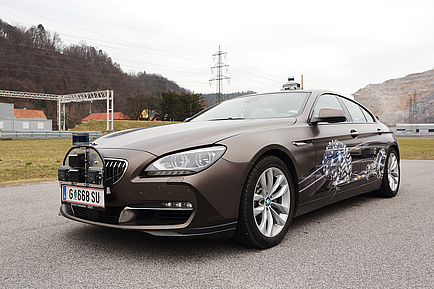 The research vehicle of the Institute of Automotive Engineering at TU Graz measures what the sensors on the vehicle "see". The surveying work targets dynamic or moving objects. © J.J. Kucek – TU Graz 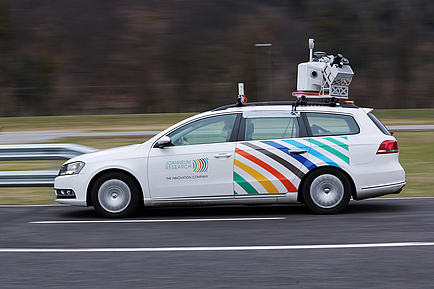 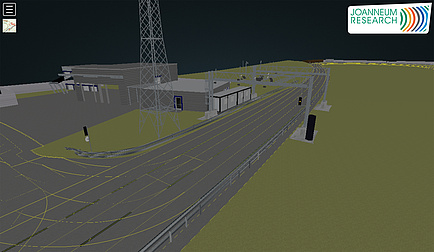 This is what the final 3D model of a test track looks like, derived from the UHD Maps. © JOANNEUM RESEARCH 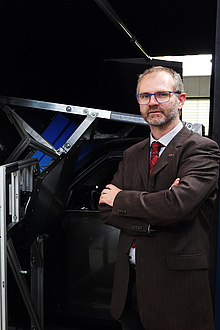 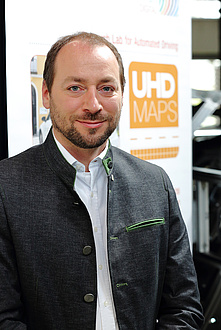 Patrick Luley is head of the research laboratory for highly automated driving at the DIGITAL Institute of JOANNEUM RESEARCH. © J.J. Kucek – TU Graz 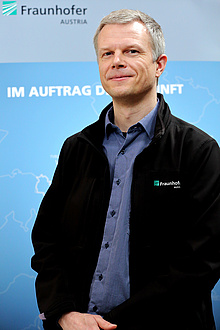