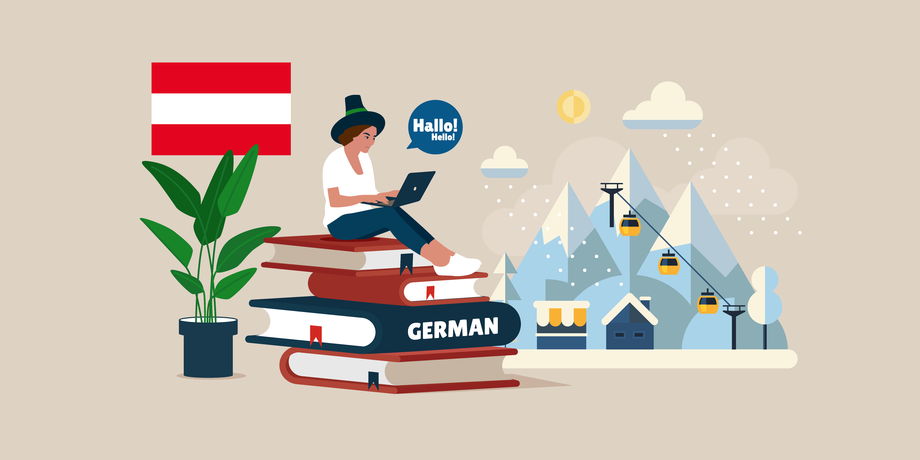 In official situations, Standard High German is spoken in Austria. During personal conversation, however, Austrians usually code-switch to dialects that vary from region to region. Image source: Vadym - Adobe Stock

As a student in Austria, you will soon be confronted with the peculiarities of Austrian German. In this post, Gergő Horváth, Hungarian student at TU Graz, writes about the gap between Standard German and the Austrian variant and how to cope with it.

My name is Gergő Horváth. I am an International Student Ambassador at Graz University of Technology (TU Graz) and I have been living in Austria for the last seven years. I grew up in Hungary where we have to learn some foreign languages, such as German and English, during our school years. In my humble opinion, the German language we learn at school is slightly different to what is spoken in Austria, but let me demonstrate this with the following points.

Most people in the European Union speak German as their mother tongue. 83 million people live in Germany and another 9 million in Austria. German is not one of the easiest languages to learn on our continent; as the popular saying goes: „Deutsche Sprache schwere Sprache”. For instance, in addition to adjectives and pronouns, German also declines nouns, which makes the sentences rather complicated.

Similarities and differences between Germany and Austria

In Austria as well as in Germany "classic German", by which I mean Standard High German, is spoken in official situations: on TV channels, at institutions and when talking to foreigners. However, during friendly, personal communication, Austrians code-switch to a dialect common in the area they were raised. In extreme cases, it can even happen that two Austrians do not understand each other during a conversation. That is the reason I believe that it is completely normal for foreigners to struggle with the language in their early days in Austria.
Here are some examples for differences between German spoken in Austria and German spoken in Germany (in brackets):

If you live in Austria, you probably know these words because they are used on a daily basis, however for a German citizen they may not be as obvious.

Different types of dialects in Austria

There are two main dialects: Bavarian-Austrian and Alemannic. Cities also have special sub-dialects, for example Vienna. The Alemannic dialect is spoken mostly in Vorarlberg and parts of western Tirol. The different Bavarian subdialects are usually the most challenging ones to understand – not just for a foreigner but for a native Austrian as well. The more widespread Bavarian-Austrian dialect is more common in Lower and Upper Austria, Burgenland, Salzburg as well as in the regions of Styria, Carinthia and some parts of Tyrol. Of course, if someone has heard a lot of different Bavarian dialect variants, they can distinguish between the subtle dialect differences within these regions as well.

Graz is the second largest city in Austria, and also a very open city in relation to foreign cultures, which is why there are relatively many foreign people. People therefore generally speak High German in public life, but as soon as they hear that someone is an Austrian native speaker, they tend to switch to the dialect specific to the area during a general friendly conversation. Graz is located in the province of Styria, which means Styrian is spoken most often. 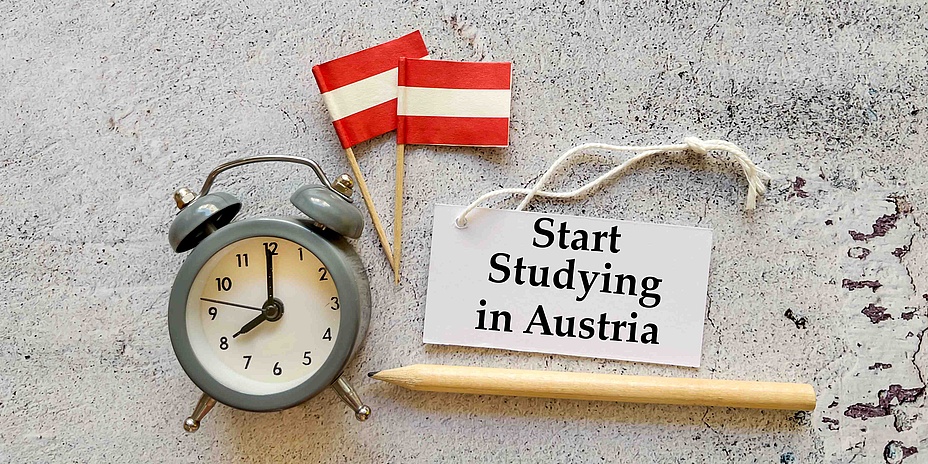 International students in Graz who do not yet speak German that well have the opportunity to take (paid) courses in the pre-study course called VGUH or at "treffpunkt sprachen". Image source: Boryanam - Adobe Stock

Standard German is usually spoken at the University as well, and it is rare to have such a lecturer – I really cannot think of even one – who specifically speaks only in dialect. If a lecturer speaks only a little bit of that dialect, it is not confusing at all, even for foreigners. Of course, it has also happened to me several times that I did not understand a particular word. In such cases you can ask questions, and lecturers will be more than happy to rephrase their explanation.

If you plan to study at TU Graz and don’t speak German that well, no problem! You will be offered the option of attending a language learning school called VGUH (Vorstudienlehrgang) and will be given up to three semesters to obtain the C1 certificate.
"treffpunkt sprachen" also offers (chargeable) German courses from level A1 to level C1 for (incoming) students at the University of Graz and TU Graz. There are both intensive courses (September and February) as well as semester courses during the academic year.Courses are discounted for Degree Seeking students.

For those who are currently learning German, I recommend watching as many films or TV serials in German with German subtitles as possible because this helps tremendously in the learning phase. If you would rather learn a dialect, just be open, make friends, and they will definitely help you to master the peculiarities of Austrian dialects.

If you need any help with your stay in Austria as a prospective degree seeking student at TU Graz even before arrival, contact the Welcome Center of TU Graz. Exchange students will receive information on the necessary administrative steps via email directly from their exchange coordinators.
The Welcome Center also provides degree seeking students with news and information about language courses, joint activities and events offered by them. You only need to subscribe to the mailing list. 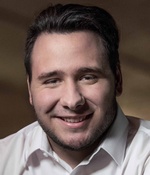 All blog posts by Gergö Horváth
Gergő Horváth came from Balatonfenyves, Hungary, to Graz, Austria, to do a bachelor’s degree programme in chemistry at TU Graz. Being part of the TU Graz International Student Ambassador team, he enjoys helping and informing other prospective students from his home country. If you have any questions regarding studying and living in Graz, please do not hesitate to ask via email or social media.
Share Article on
Blog start page
Related News

Going Abroad on Your Own

It can be arduous as a student to go abroad and start a new life. There are lots of challenges that have to be met, and there are many ways to do so. I would like to share how I coped with the…

As a student in Austria, you will soon be confronted with the peculiarities of Austrian German. In this post, Gergő Horváth, Hungarian student at TU Graz, writes about the gap between Standard German…

Why study Computer Science? And why at TU Graz?

We live in a digital age, where things move incredibly fast. To some people this might be frightening, to me it is fascinating, and I want to share with you why I am studying Information and Computer…