What happens during a blackout?

We are all familiar with power outages – but fortunately widespread outages are rare. This is due to a sophisticated balance of generation and utilization. But what happens when the lights go out in spite of everything? 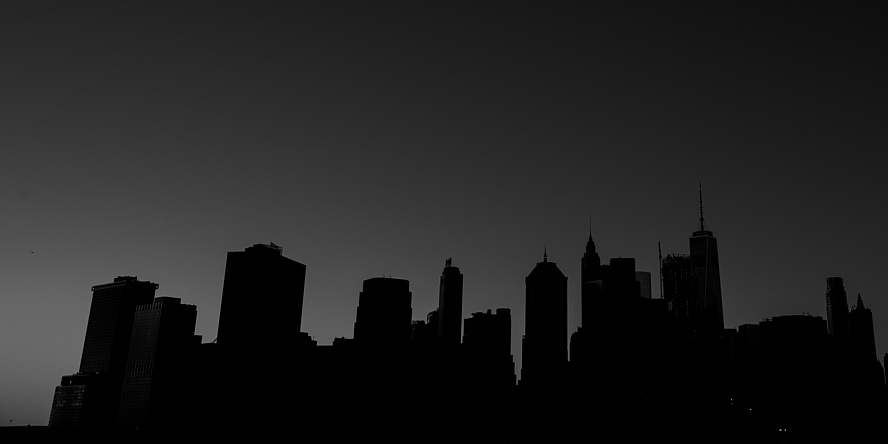 A blackout can have many reasons. But one common effect: it becomes dark in our lives. © lucas knappe – EyeEm – AdobeStock

And zaaap! Everything goes dark. Within a few seconds. The mobile phone still lights up, but the light bulbs no longer do their job. Nor does the clock display on the cooker. And the laptop also switches from mains to battery operation. One way or another, we don’t really get into the internet any more. So what’s happened? The power is out – and with it, a good part of our daily life has been literally switched off.

The balance in the power grid is crucial

As in real life, balance is essential for well-being in our electricity grid. If there is a mismatch between consumption and production, problems can arise. There is no such thing as “a little electricity”. If too little electricity is produced or if consumption is too high, “less electricity” does not simply come out of the socket, as it does when there is a shortage of water dripping from the tap. Just as in the case of overproduction or too little consumption, the grid reaches its operating limits in this case. The individual components then disconnect from the grid to prevent greater damage to the infrastructure. In the worst case, too high a voltage can even lead to a fire or an explosion at a component. Disconnection from the grid is therefore a safety measure that we know as a “blackout” or power failure. 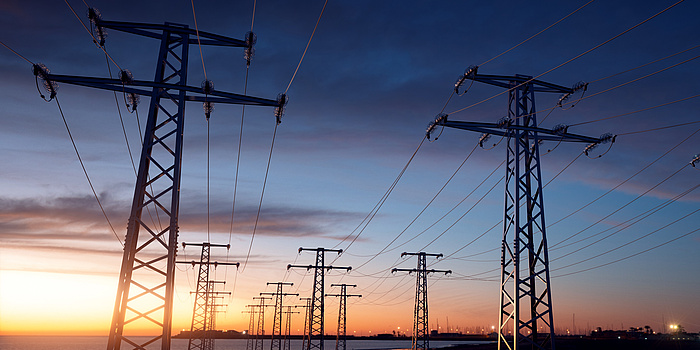 The balance between production and consumption must be right in the electricity grid. © Negro Elkha – AdobeStock

Forces of nature, people or misjudgements cut off our electricity supply

The reasons for this are many and varied. A tree on a power line, a human failure during operation, criminal interference, freezing storms or a heat wave. Many things can push the network to its limits. But: “Our electricity grids are designed in such a way that they can cope very well with a fault,” explains Herwig Renner, professor and researcher at the Institute of Electrical Power Systems at TU Graz. “It only becomes problematic when several events come together in an unfortunate way. For example, if there is a very hard winter with a high electricity demand for heating, coupled with few hours of sunshine and a low yield from the photovoltaic systems. If power lines are then destroyed by an ice storm, supply becomes very tight.” Because this increases the load on the rest of the grid.

In normal operation, the frequency is an indicator of a balanced relationship between production and consumption. It is fixed at 50 Hz. In the event of deviations, the power generators must produce more or less electricity – depending on the situation. Fluctuations can have many reasons. As mentioned above, this can be due to disruptions in the power grid or a sudden high energy demand. The increasingly widespread small power plants that use renewable sources such as sun and wind to generate energy and feed electricity into the grid also have a major influence. Even though the forecasts are becoming increasingly accurate, the yield and feed-in are highly dependent on the weather. Here, well-controlled power plants must intervene to restore the balance in the grid. In Austria, these regulating power plants are primarily hydroelectric and pump storage power plants. But they can also be thermal power plants, whereby gas-fired power plants are particularly suitable from a technical point of view because of their good controllability.

Safety measure: disconnection from the mains

If the voltage, power or the frequency exceeds the narrow operating limits of the power grid and there could be danger to components and power plants, they disconnect themselves from the grid. This should be done as late as possible. All parties involved in the grid have a stabilizing effect and every failure puts additional strain on the rest of the grid. “But at some point they have to disconnect. After all, we are talking about damage to the power plant infrastructure that runs into millions. And the delivery times for spare parts are over half a year,” explains Robert Schürhuber, head of the Institute. 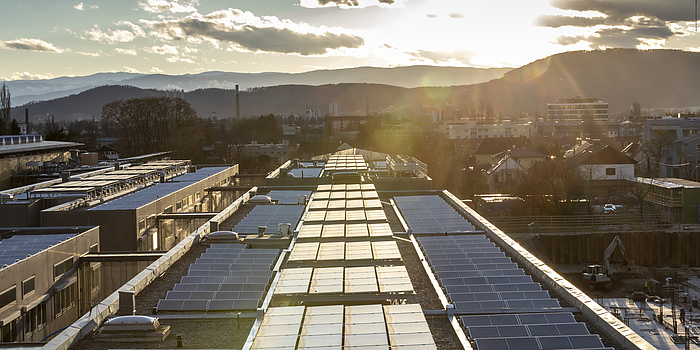 New challenges for the electricity grid: The increasing feed-in of sustainable energies - such as photovoltaics. © Lunghammer – TU Graz

Here, too, the small power plants give rise to new regulatory needs: “When there were still few small plants feeding into the grid, there was a regulation to disconnect them from the grid as quickly as possible and let the large power plants stabilize,” Renner explains. “Today, however, the sum of the small decentralized power plants’ power contribution is so high that they have to follow the same rules as the large power plants. If tens of thousands photovoltaic systems were to suddenly disconnect from the grid or feed energy back into the grid at the same time, it would cause huge problems.”

If the electricity is gone, the power plants are also no longer being supplied with energy. The network must therefore be restored to operation from scratch. In Austria, this task falls to the hydropower plants – in particular the large storage power plants in Kaprun and in the Möll valley. “There are emergency plans for both plants on how to proceed in the event of an Austria-wide power blackout,” explains Renner. “Our Institute has already been allowed to take part in black start tests and evaluate the plans to rebuild the power grid – and they work really well.”

Video: How does a black start work?

An emergency generator or battery storage provides the absolutely necessary power to operate the power plant control system in the first few minutes. This opens a water way and allows water to flow to the first turbine. When this turbine is in operation, the power plant’s own demand can be covered. Then the first power lines are powered up. If this also works, a line after another is built up to Vienna, transformer station by transformer station. On the way there, local consumers are connected to generate initial loads in the grid. As soon as the line to Vienna is up and running, the gas-fired power plant in Simmering is put into operation and the city’s supply will slowly be restored. Step by step, the whole of Austria will be supplied with electricity again. “The power supply should be restored in five to 15 hours,” explains Schürhuber. “Provided there is no gross damage to the grid and components. If after one day the supply is not restored, then something worse really has happened.” But, the two blackout experts add: “There must really be a very unlikely chain of very unfortunate circumstances. Our power grid is designed to easily cope with one to a few faults. It’s only when the mistakes add up that it becomes problematic.”