When will Austria experience a blackout?

Electrical energy dominates daily life. Without it, life would be … on the dark side. The fear of a large-scale blackout is great. But how great is the danger for Austria really? 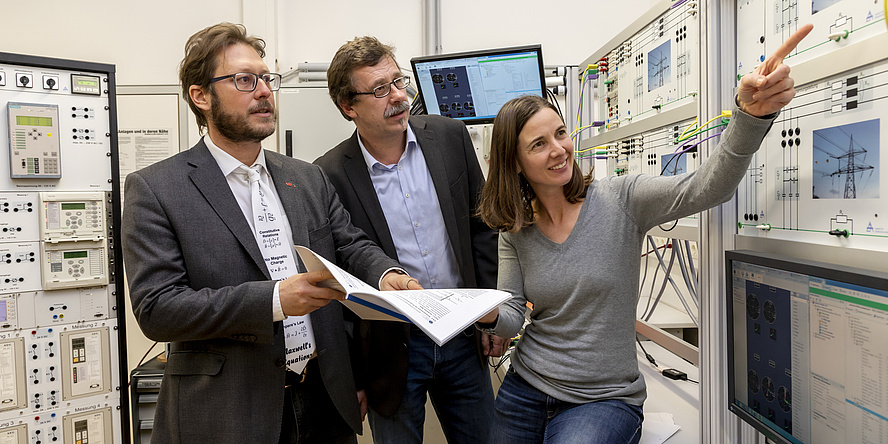 News+Stories: There are many warnings that a large-scale blackout is overdue. When will the great darkness come to Austria?

Robert Schürhuber: I have to look at my watch now... (laughs)

Herwig Renner: Of course, you can never rule it out, but it is very unlikely that there will be a major blackout soon. Something unforeseen can always happen – but this danger also existed ten years ago. Circumstances haven’t changed since then. And when we often read that we’ve “just narrowly avoided one again”, I can only say that there was no blackout because the well-planned measures for problem cases worked wonderfully. Just as they should.

There was no blackout because the well-planned measures for problem cases worked wonderfully. Just as they should.

News+Stories: Why is a blackout unlikely?

Renner: Because of our well-planned protective measures. Of course, grid operation has become more complex, especially due to renewable energy sources. But we’ve also got new tools. Forecasts of wind and solar energy, for example, are now very precise. And we have better rules on how wind turbines and photovoltaic plants behave in problem cases. In addition, cross-border communication has increased. Grid operators have learned this from the major power blackout in Italy in 2003. At that time, several important power lines failed and Italy was suddenly separated from the rest of Europe in terms of energy. The power outage lasted about 15 hours. Today, the network operators inform each other much more carefully about what is happening. So I would say that the risk has remained about the same in the past years.

Of course, grid operation has become more complex, especially due to renewable energy sources. But we’ve also got new tools.

News+Stories: Which scenarios do you consider particularly dangerous?

Renner: There are many possibilities. For me, an important one is still a very hard winter hitting all of Europe. Many people need to heat their homes. In France in particular, there is still a lot of electric heating. However, France is also one of the most important electricity exporters. Less electricity would then be available for export because domestic demand is so high. If thick cloud reduces the yield of the photovoltaic systems and a storm destroys an important power line, for example, then electricity could become very scarce. In turn, however, a very hot summer could also be a problem. Many air-conditioners, yields in steam power plants are falling,...

Schürhuber: ...forest fires in areas through which important power lines run are also increasingly becoming an problem. And then there is also human error, wrong reactions to problems... the possibilities that could lead to a blackout are manifold.

News+Stories: Has hacking become a problem?

Schürhuber: The grid operators take this issue very seriously and are working out emergency scenarios. Currently, we are not aware of any such incidents.

News+Stories: The stability of the power grids is central to their security. What is the situation in Austria?

Schürhuber: By law, electricity grids must be planned and operated in such a way that individual faults do not pose a problem and that such scenarios can be coped with. It becomes problematic when several faults occur at the same time and the base load in the grid is already very high. This is also taken very seriously by the grid operators. The structure of our networks was planned in the first half of the last century. At that time, the production structure was completely different. Today we have a very high production through small power plants that use renewable energy sources. On the one hand, that makes perfect sense. On the other hand, our grids were not planned for this. Therefore, any retrofitting or new construction must also take into account the available line structure for transporting the electricity. This can be seen very clearly in the new power plant to be built in Salzburg – a large gap in the Austrian grid is being closed. And of course, part of our infrastructure is simply at the end of its service life – several lines were built in the 1950s or 1960s and should now be renewed. This has to be planned wisely. Every unavailable line puts a strain on the rest of the network. I can say with a clear conscience that anyone starting an energy technology degree today will have enough work for the next 20 to 30 years (laughs).

Normally, the current should come back on again after eight to 15 hours. If this is not the case, then something very bad must have happened.

News+Stories: Are you prepared for a blackout yourself?

Schürhuber: I have a radio that runs without grid connection and I can get around easily by bike. Normally, the current should come back on again after eight to 15 hours. If this is not the case, then something very bad must have happened.

Renner: I live in the country, have a wood stove, a stream nearby and a bicycle. As researchers, we are always allowed to support public institutions or companies that create emergency power concepts. Right now, for example, we are working on an emergency power supply concept for the water and sewage disposal in Graz, which is based on the (River) Mur power plants as “emergency power generators”. Among other things, the sewage treatment plant should be supplied with emergency power.