Space researcher Willibald Riedler died on Wednesday, 24 January 2018 at the age of 85 in Graz. Since the late 1960s, Riedler has been inextricably linked with space research in Graz and Styria. 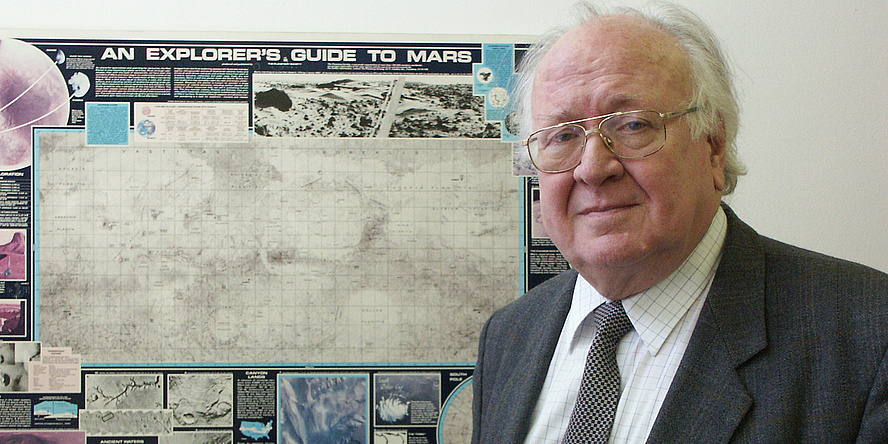 "Space professor" Willibald Riedler © TU Graz
Riedler was a full professor for communications engineering at TU Graz, and from 1975 to 1977 Rector of TU Graz. Fascinated by the moon as a small child, communications engineer Willibald Riedler is inseparably associated with Austrian space research - especially since the AUSTROMIR mission in the early 1990s. After studies in Vienna and research years in Kiruna, Sweden, he was appointed professor at TU Graz in 1968. Only one year later, a research rocket took off with the first Austrian measuring device on board on his initiative. These were the first traces of TU Graz in the infinite expanse of space. Subsequently, Riedler always managed to dispatch Austrian measuring devices into interplanetary space on board European, American, Russian and Chinese satellites. This did not remain unnoticed internationally: He was appointed scientific head of the AUSTROMIR mission, a Soviet-Austrian project in the context of which the Austrian cosmonaut Franz Viehböck spent one week in the Russian space station in 1991 to conduct research on the effects of weightlessness on the human body. Under Riedler’s leadership, numerous space physics experiments were developed, and were successfully carried out at AUSTROMIR and later on in the course of missions of the European Space Agency ESA on MIR. Besides his work at TU Graz, Willibald Riedler was also Director of the Space Research Institute of the Austrian Academy of Sciences, head of the Institute of Applied Systems Engineering at Joanneum Research – and mentor and inspiration for a young generation of researchers. Willibald Riedler was born in Vienna on 1 September 1932. He studied communications engineering at the Vienna University of Technology as well as meteorology and geophysics at the University of Vienna. Willibald Riedler was the recipient of numerous high honours and awards, including the Grand Golden Medal of Honour for Services to the Republic of Austria, the Austrian State Prize for Outstanding Achievements in Science and Technology. In 1986 he received the Soviet Medal for Friendship of Nations "Drushba narodov". His adoptive home of Styria awarded him with the Great Golden Medal of Honour of the Province of Styria and the Ring of Honour of the City of Graz.
Otto KOUDELKA
Univ.-Prof. Dipl.-Ing. Dr.techn.
TU Graz | Institute of Communication Networks and Satellite Communications
Inffeldgasse 12/1 | 8010 Graz | Austria
Tel.: +43 316 873 7440
Email: koudelka@tugraz.at