The University Council of TU Graz has elected Horst Bischof as the new Rector of TU Graz in its meeting on July 7th 2022. The term of office of the computer scientist and current Vice Rector for Research begins on October 1st 2023. 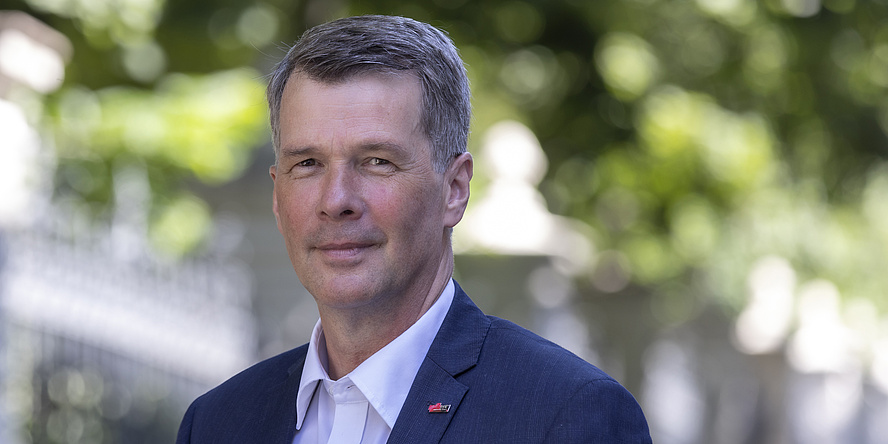 Printable photo for download at the end of the message

The die is cast: Horst Bischof will be the new Rector of Graz University of Technology (TU Graz). This decision was taken unanimously by the University Council of TU Graz today, Thursday July 7th 2022. Bischof, who has been Vice Rector for Research at TU Graz since 2011, will thus replace Harald Kainz on October 1st 2023. With three terms in office (2011 to 2023), the latter is the longest-serving Rector of TU Graz to date and has decided not to stand for another term.

“In the person of Horst Bischof, TU Graz is getting a Rector who knows the University like the back of his hand and is also a highly active, networked expert on the Austrian higher education and research community. He is known for his innovative spirit, energy, dynamism and determination. The University Council of TU Graz is therefore convinced that Horst Bischof as Rector will find the right balance between the joint continuation of previous positive developments in research, teaching and internationalisation and strong new impulses for a TU Graz fit for the future” says Karin Schaupp, Chair of the University Council of TU Graz.

The current Rector Harald Kainz has already been working closely with Horst Bischof as Vice Rector for Research since 2011: “Horst Bischof has many years of experience in the University management and knows TU Graz, its people and its topics like no other. The inventiveness, passion and empathy with which he has been committed as Vice Rector for Research is impressive and I am convinced that he will set important new impulses as Rector. I extend my warmest congratulations to him.”

Horst Bischof: “TU Graz is a driver of innovation in the Austrian higher education and research community and is also becoming increasingly visible internationally. The battle for the best minds, among teaching staff and students, will be a great challenge. As Rector, I will continue on the impressive successful course of internationalization, the prioritization in research and sustainability with new energy and a fresh wind. Special attention is to be paid to the regional ecosystem, to the excellent cooperation with other scientific institutions and to the economy at the Graz location. A lively and comprehensive communication of the issues and topics of TU Graz is important to me – as is the continuation of the positive and collaborative working atmosphere at the University. I am delighted to continue to put all my knowledge of engineering at the disposal of the University as passionately as I can.”

Six applications were received for the position of Rector from Austria and abroad, including two from women. In addition to the broad international call for applications for the post of Rector, a renowned executive search company was also commissioned with a search for candidates. Horst Bischof’s application was the only one that met the criteria of the call for applications. The search committee, consisting of University Council Chair Karin Schaupp, Senate Chair Gernot Kubin, Günther Löschnigg, Maria Cecilia Poletti and Manfred Gaulhofer, therefore decided to invite Horst Bischof as the only candidate to the University’s internal hearing on June 14th. In accordance with the election regulations, the search committee then submitted its proposal to the Senate of TU Graz, which then proposed to the University Council that Horst Bischof be forwarded for election. Horst Bischof’s term of office begins on October 1st 2023 and ends on September 30th 2027.

Born in 1967 in Saanen, Switzerland, and brought up in Upper Styria, Horst Bischof studied computer science at Vienna University of Technology (TU Wien) and then worked as a research assistant at the University of Natural Resources and Life Sciences (BOKU), Vienna. He returned to TU Wien as a university assistant, where he gained his doctorate in 1993 and his habilitation in 1995.

He then became visiting professor at the Institute of Computer Graphics and Vision at TU Graz before he was appointed Professor of Computer Vision in 2004. In 2007 he became Dean of Studies of computer science. Since 2011 Horst Bischof has been Vice Rector for Research at TU Graz, where he is responsible for the strategic research orientation of TU Graz as well as research and business cooperation and technology transfer. His goals and projects as Vice Rector for Research have included ensuring research of excellence in the five Fields of Expertise, cooperation with international strategic partners, achievement of a balanced relationship between basic research, applied research and contract research, the positioning of TU Graz as a research partner for the regional economy, and the expansion of endowed professorships.

He has published more than 720 scientific works and has been presented with 20 national and international awards for his publications. Research.com lists Bischof as the second most cited computer scientist in Austria. 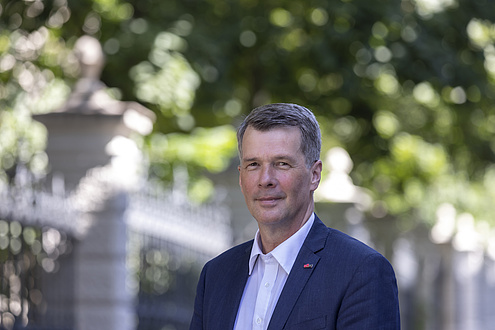