… the beauty of uncertainty and its dangers 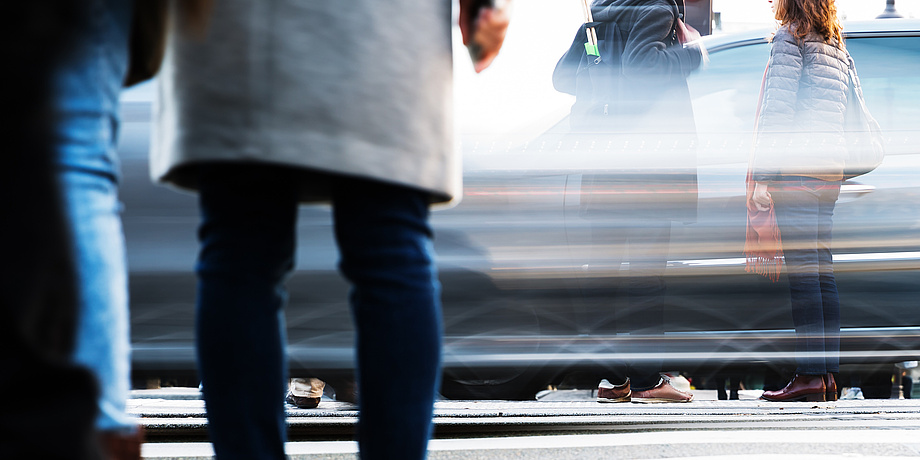 On the way to work or to the supermarket each day, every one of us performs constantly recurring movement patterns without always consciously thinking about them. These movement patterns can be recorded, and an autonomous vehicle can learn about typical patterns using algorithms to predict movement.

In freedom lies the greatest danger

But a human being is free to decide anew in any situation and adapt his or her movement behaviour accordingly. This beautiful uncertainty is the biggest source of danger when it comes to autonomous vehicles. Though an autonomous vehicle can estimate a person’s subsequent actions and movements through that person’s gestures, the person’s mental world remains hidden to it. Similarly, a well-rested, athletic pedestrian behaves differently to a married couple going for a walk. Never mind about children…

The art of research in the field of autonomous driving is to cast these philosophical and psychological aspects in the shape of mathematical formulas, and subsequently to translate them into a language which the vehicle can understand.

The challenge consists in the autonomous vehicle correctly decoding the behaviour of the pedestrian in every conceivable situation and acting safely. But this is not always possible in reality. The models for predicting the movements of pedestrians must up to a point be called into question by the machine itself. The vehicle has to be aware of the plausibility of a predicted movement and its consequences.

An artificial consciousness for autonomous vehicles

Accordingly, it’s necessary that engineers not only implement a kind of artificial form of consciousness into the vehicle, but also a mechanism for self-reflection. The autonomous car has to recognise what kind of a person is involved and what environment he or she is moving in. And it has to be able to classify causal connections correctly. One example of such a causal connection would be when a child is on the pavement and a ball rolls onto the road. Here, the chances are high that the child runs after the ball.

Today, an autonomous vehicle cannot yet reliably answer the question “why is a child moving onto the road?” with “because there is a ball on it”. Engineers will in future have to rely more strongly on interdisciplinarity as well as increasingly fall back on the expertise of psychologists.

The current primary focus of my research area in motion planning of autonomous vehicles regarding pedestrians in uncertain and dynamic environments now lies in the relatively new field of uncertainty quantification in motion planning, which also contains a highly philosophical component. Traditionally, classical principles of probability theory are used, which are based on particular assumptions. But what happens when the assumptions do not apply? What does it mean if the vehicle tells me that the pedestrian will stay on the pavement in 99 per cent of cases? Can I continue to drive? In this area of motion planning, I’ll be developing novel mathematical concepts. A challenge for sure, but I’m staying with the ball.
Michael Hartmann is a doctoral student at the Graz VIRTUAL VEHICLE Research Center and TU Graz, and a participant in the ITEAM European training network. His doctoral thesis deals with motion planning for autonomous vehicles in uncertain and dynamic environments.
Michael HARTMANN
Dipl.-Ing.
AreaE working group
Kompetenzzentrum – Das virtuelle Fahrzeug, Forschungsgesellschaft mbH (ViF)
Inffeldgasse 21/A
8010 Graz, Austria
michael.hartmann@v2c2.at
www.vif.tugraz.at