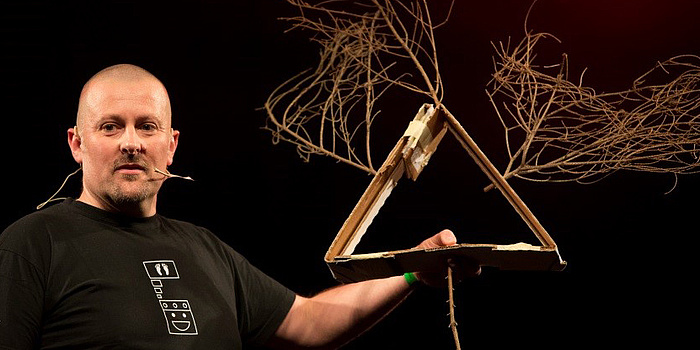 Reinhold Scherer explains Brain-Computer Interfaces with homemade requisites.
How can we enhance the appreciation of basic research in the public eye when even specialists are confused? Public relations work is important. An open and transparent policy regarding information and communication creates confidence and raises acceptance. I hadn’t occupied myself with this topic until recently. Two things made me think again: working with patients and my participation in the Austrian Science Slam. In both cases it’s important to be brief, concise and entertaining. 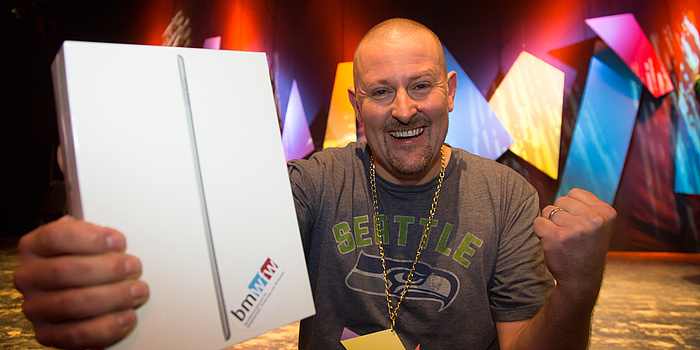 Science on stage: In 2014, Reinhold Scherer wins the Styrian Science Slam and the Austrian Science Slam in 2015.
I managed to win the 2014 Styrian Science Slam in the General Music direction and the Austrian Science Slam in the Arena (see on YouTube in German). The echo in the public and the media was overwhelming. It was reported in the newspapers, on radio and TV, I was chosen as “Styrian of the Day” in the Kleine Zeitung newspaper, I was invited to Barbara Stöckl’s talk show, the knowledge show Newton presented me and my work, and on top of this I received an inquiry from a publisher about writing a popular science book. It was a surreal experience. But I gained some unforgettable experience: if you explain clearly which topics you’re doing research on, the public will understand you. And what’s more satisfying than to have an interested public? 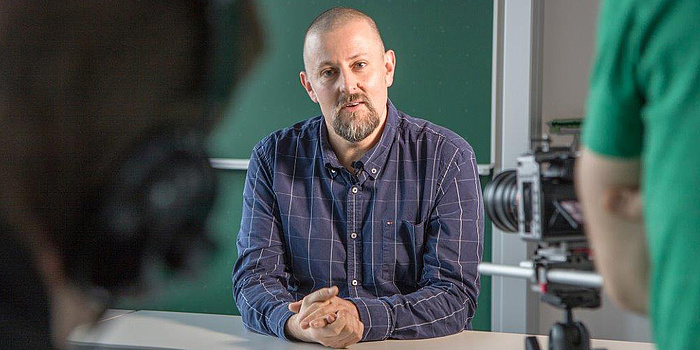 The echo both in the public and the media was overwhelming.
If you explain clearly which topics you’re doing research on, the public will understand you.
It’s even more satisfying when the fire of enthusiasm that one person has, spreads to others. It pleases me no end when I can transmit this enthusiasm to the students I work with and supervise. With the aim of changing things and improving them, they become fully motivated and committed to developing ideas and implementing them. 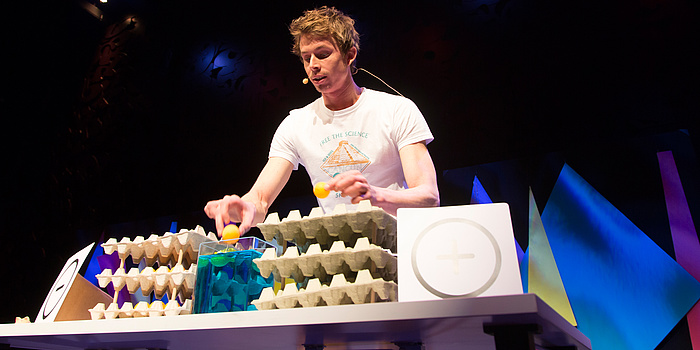