…from "Down Under" to the Erzberg

Visiting Professor Oliver Nebel talks about how the two science hubs Graz and Melbourne have moved one step closer together.

In the 1960s, the old geoscientific concept of an expanding earth – i.e., the notion of an ever broadening and growing world – underwent a Renaissance. This theory has since been scientifically proven wrong; in fact, today our earth appears to be shrinking every day. That is not strictly scientifically speaking, of course, but in the very field of science and research, global structures merge and colleagues from seemingly different research areas move closer together.

Being a high-temperature geochemist at Monash University in Melbourne/Australia, my specialist field – volcanoes and lavas – may appear as far removed from the carbonates my colleagues at Graz University of Technology are concerned with as the city of Melbourne itself. However, appearances are deceiving. 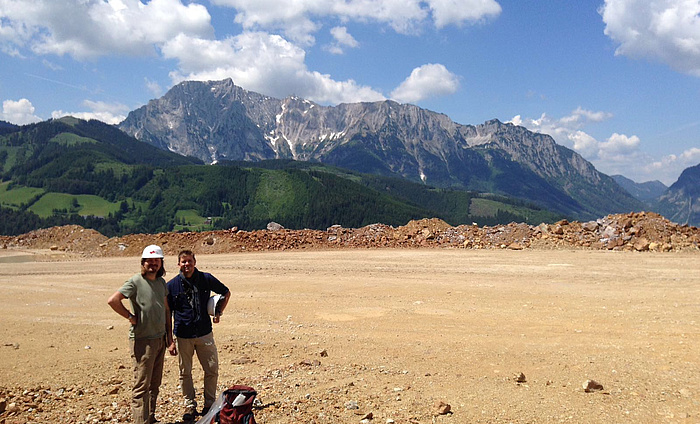 Oliver Nebel (right) and Ronny Boch collecting samples on the Erzberg.
Contemporary geoscientists are by no means restricted to roaming the terrain with hammer and compass. Today, they need a solid background in one or more disciplines, while concurrently acting as researchers, teachers, and mentors as well as being expected to be versed in the worlds of finance and PR. It is no longer possible to meet such a plethora of demands all by yourself.
This actually demonstrates what modern geosciences are.
Most importantly, the methods applied in geosciences are becoming increasingly high resolution, the techniques increasingly complex, the limits of detection ever smaller. Analytical geochemistry, and plasma mass spectrometry in particular, are my day-to-day business. Thus I was immediately enthusiastic about taking my methodologies to Graz. In turn, the broad research done here and everything I was able to learn from my Graz colleagues and take back to Australia was equally fascinating. This actually demonstrates what modern geosciences are. Ronny Boch, an expert in climate research focussing on the analysis of stalactites, is working on scaling (i.e., the "blockage" of pipes caused by limestone) as well as on the neotectonics of the famous Erzberg. Carbonate expert Dorothee Hippler is not only conducting research on the systematic formation of carbonates, but also on the latter’s significance for the explosion of life during the history of the earth. Group leader Martin Dietzel simulates and replicates natural carbonates in laboratory experiments. 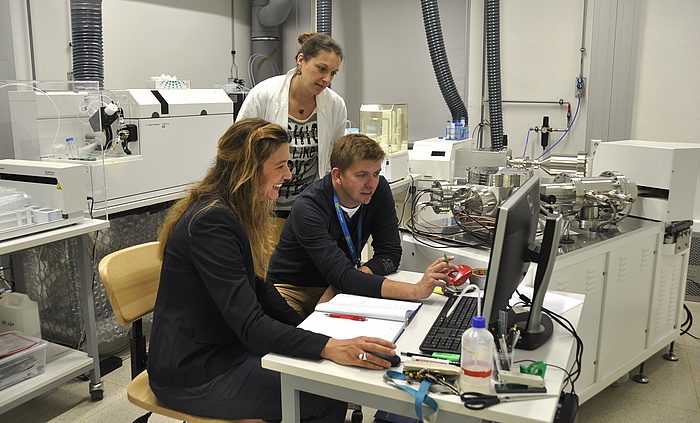 Oliver Nebel is an Australian Research Council (ARC) Future Fellow and Associate Professor for Geology at Monash University in Melbourne and also works at the Australian National University’s Research School of Earth Sciences. He is an expert in the isotopic analysis of rock and minerals. His specific area of research includes seabed rocks and island volcanoes. From March until June 2016, he is Visiting Professor at Graz University of Technology.
Oliver Nebel
Assoc. Prof. Dr.
Monash University, School of Earth, Atmosphere and Environment
9 Rainforest Walk, Bldg. 28
Clayton, Victoria 3800, Australia
Phone: +61 3 9905 1127
Oliver.Nebel@monash.edu