Architecture master’s student Lola Anna Seibt spent six months in Tehran, the capital of Iran to carry out research for her master’s thesis.

Welcome to the city where every day holds a story and paradox is commonplace. A brief outline of a day in Tehran. There is hardly any other city which inspires such curiosity and interest in me as this one. I’m fascinated how people sound out existing boundaries every day and interpret them anew. The discrepancy between the normality of living and what is legally allowed. The encounters of daily life touch me – the conversations which open doors and reveal treasures. I’m here to do my master’s thesis, and my daily life consists in exploring the city. So, let’s go. 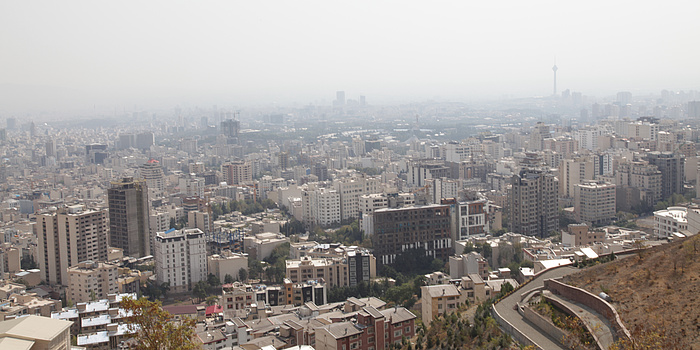 Young Iranians sit in front of Café Lamiz like roosting chickens. A few sip their drinks pleasurably, and others wait for their orders. The atmosphere is relaxed. 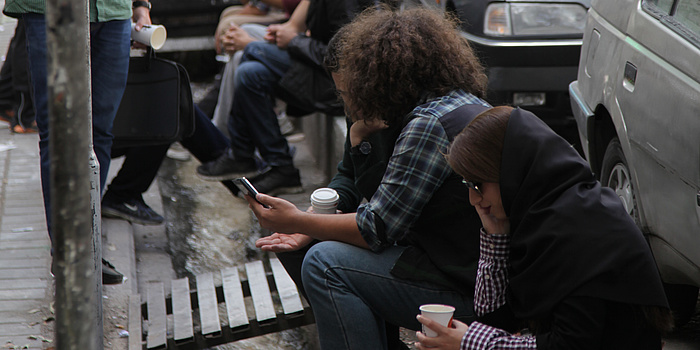 Drinking coffee in a local coffeeshop.  Inside, drawings of butterflies in front of brickwork hang over the sofa. Thanks to the bilingual menu, even people who can’t read Farsi can order.
Thanks to the VPN, I avoid the filters in Iran and add Nelson to my Facebook.
Nelson, who works at the South African embassy, is also sitting in the café. Nelson has Iranian parents, was born in Africa, lives mostly in Canada, and is now working here. The invitation to make use of the fast internet in the embassy is followed by another invitation that we see each other again. Thanks to the VPN, I avoid the filters in Iran and add Nelson to my Facebook. I want to continue. My eye roams outside. Several women in chadors walk by the window. A chador is the black, full-body length of fabric that women are supposed to wear in Iran. I leave to explore the city further...
Lola Anna Seibt (28) is currently finishing her master’s thesis in architecture at TU Graz. Her focus of interest is in urban space and situationist and artistic intervention. Her interest in Tehran lies in the area of conflict between cultural, political and individual daily life and its effect in urban space within the Muslim-shaped state. For the six-month stay in Tehran, she was awarded a grant for “short-term academic work abroad” by the Office of International Relations. Through her stay in Tehran, she was able to make contact with professors of the Faculty of Architecture at Beheshti University, the University of Tehran and the Azad University of Tehran.
Lola Anna SEIBT
Faculty of Architecture
TU Graz
Rechbauerstraße 12, 8010 Graz
E-Mail: lola.seibt@student.tugraz.at