Virtual Reality is Catching On 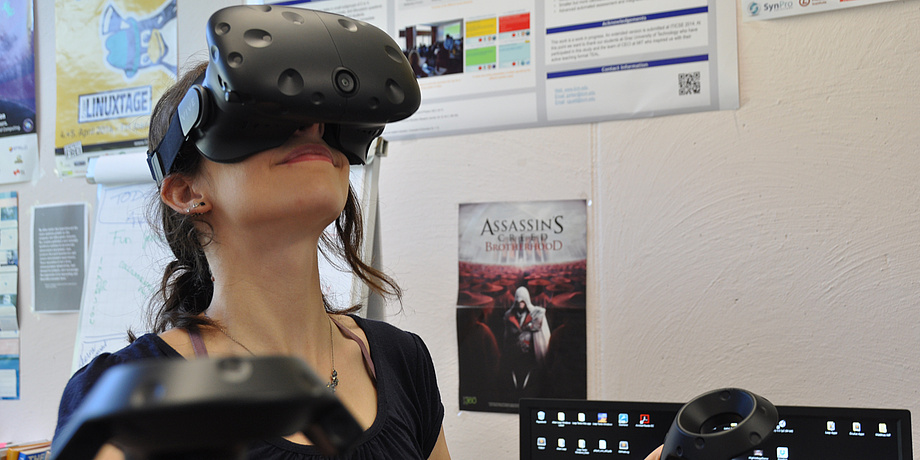 In this way experiences can be had which otherwise would not be possible. Also, persons with low attention spans can learn in a more concentrated way. A test phase will run in several schools at the beginning of 2019.

On Johanna Pirker’s desk there are three monitors, a keyboard and mouse and virtual reality equipment: an HTC Vive headset with two controllers. It is noticeable here that the virtual and real worlds are colliding – with astounding results in learning success. But, first of all, a question: Is virtual reality (VR) necessary for effective learning?

“Generation Z, born between 1995 and 2010, have been familiar with mobile phones since their birth, and it is a very distracted generation,” explains Pirker. This very fast moving generation is constantly exposed to a flood of messages and has a low attention span. Here, VR can provide help, because through it one can immerse oneself in a completely different environment. A focused and concentrated learning experience without external distractions is once again possible. “With VR the real world is completely replaced by any virtual world one wishes. The mass of stimuli bombarding the learner is controllable,” emphasises Pirker and adds:

“If, for example, you have to concentrate very much and carry out an experiment, then VR is perfect. You can completely ‘leave the world’ for a certain amount of time and work at high concentration.” 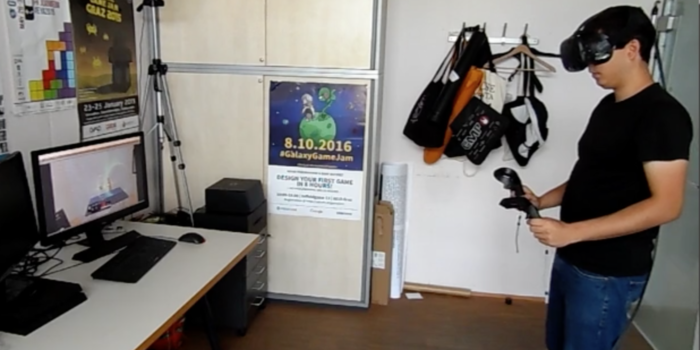 In the virtual laboratory environment, users navigate with a virtual reality set. In this way, experiments can be carried out easily and safely.

In the beginning was TEAL

“Everything began with my master’s thesis with Christian Gütl from TU Graz and John Belcher at MIT (Massachusetts Institute of Technology),” explains Pirker. In 2000, Belcher built a physics lab for approx. 1.5 million dollars in which students could undergo a special learning experience. Instead of frontal teaching situations, people worked in groups of threes in which students with differing knowledge and know-how came together. One teacher, computer, and many boards and projectors supported them as required. The result was named TEAL (Technology Enabled Active Learning) and John Belcher showed that with this learning concept students were able to learn better and more independently. In 2013 Johanna Pirker took this idea up in her master’s thesis and translated it into a software – Virtual TEAL World, a software for collaborative physics experiments. 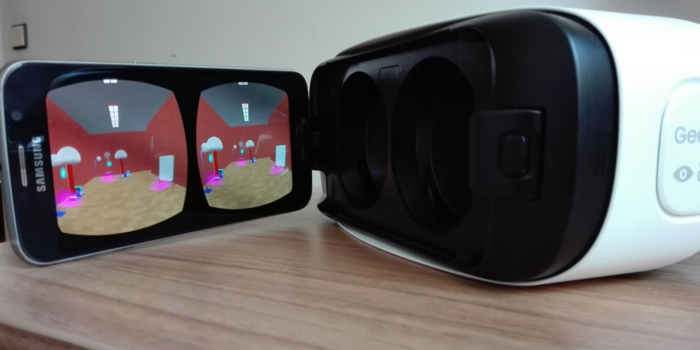 A look into the possible future of learning. A virtual reality headset that lets the user enter the virtual laboratory with a standard smartphone.

We jump to 2017 and to Pirker’s doctoral thesis. “When I started my doctoral thesis, the original TEAL software was already outdated. I wanted to set everything up from scratch and for this I used the Unity game engine (a run-time and development environment for games) for better performance and the possibility of gamification,” Pirker remembers. The first results, though, were “not very sexy”, as she admits herself with a smile: “There was hardly any added value and the programme was very inflexible.” But then the Oculus Rift Development Kit (the first really affordable VR headset) came onto the market and it worked with the Unity game engine. Today, MAROON consists of a variety of components which all run both with a VR headset and in a web browser.There is even a mobile variant (VR Mobile).

Whereas TEAL is a “social environment”, MAROON is spoken of as a "virtual environment". Various modules can be created and users can deliberately load this content into the learning station. Only then are you teleported into a learning space where you receive access to the modules chosen beforehand. The user then stands in a laboratory which, however, can only be seen using VR glasses.

Suddenly, for example, you can see things which you don’t normally see, for instance magnetic field lines. “It is suitable for all experiments which would otherwise be too expensive, too dangerous or too complex,” the researcher summarises. 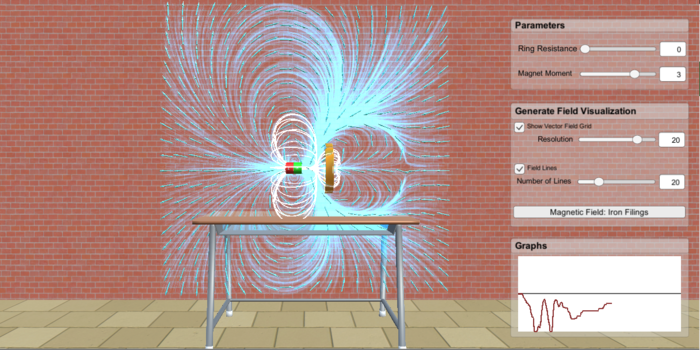 In the virtual learning environment, experiments can be experienced close up that would otherwise be too dangerous or costly and additional information can be displayed that would not be possible in "real" reality.

An initial test phase with prototypes is starting in several Styrian schools at the beginning of 2019. Equipment will be brought to selected schools, experiments demonstrated and, finally, whether the students learn with more motivation, less motivation or the same as in a traditional set up will be tested. A physics laboratory is currently being stimulated for which subjects such as chemistry and computer science are in the pipeline.

In the near future, the use of VR mobile could be a reality. To finish off, Johanna Pirker outlines another future scenario: “Every school already has a physics lab and a chemistry lab, and so on. I can imagine two scenarios in the future. Either, there is an independent VR lab in which room-sized VR setups can be implemented, as we already know from VR cafés today, for example. Or, there is a cheaper variant in which students together with teachers use their own smart phones to enter virtual reality by means of headsets and carry out experiments in the lab alone or in groups.