The microbiome: Our planet’s tiny engine

We carry through life around two kilograms of microorganisms on and inside ourselves. Award-winning TU Graz researcher Gabriele Berg explains why this is more vital than frightening. 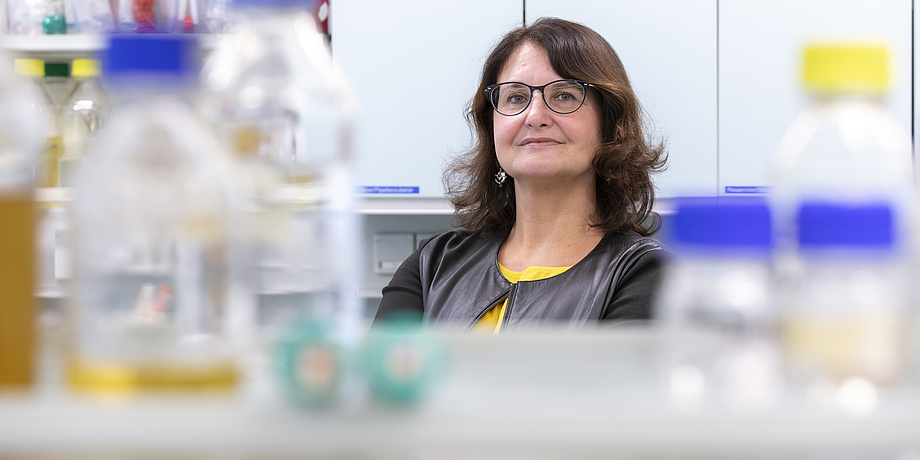 Gabriele Berg has been researching the microbiome of plants and humans for about 25 years. © Lunghammer – TU Graz

"In the beginning we were surprised about the sheer diversity of all the things we found!" Gabriele Berg is still delighted today when she talks about the year 2000. The new millenium saw the start of what over the next 20 years would prove to be a true treasure trove for countless scientific disciplines: research on everything related to microbiomes.

The microbiome is a community of microorganisms that exist in a certain habitat or in and on living organisms. Among other things also in and on us humans. They include bacteria, archeas, fungi, algae and other microscopically small organisms. "We used to know that microorganisms can cause sickness," explains Gabriele Berg. "Today we know that the majority of our smallest fellow occupants are responsible for our health."

What is a microbiome? Gabriele Berg explains.

Microbiota – the individual microbes – form communities with an incredible diversity, communicate, share tasks and thus control vital processes in our body and environment – such as the carbon, nitrogen and sulphur cycles. We carry them on the skin, in our organs, absorb them through our food and excrete or exhale them again. They migrate through discharge pipes, spread in our breathing air or in watercourses. “Microorganisms thus build up a worldwide network," explains Berg. "That's why it's so incredibly important that we preserve their diversity. There are many reports on the extinction of insects and plants, which has taken on extreme dimensions. And we are only beginning to understand the diversity and the functions of microorganisms. But if certain types of microorganisms die out, our planet won't survive."

Intestinal infections and choice of partner

Intestinal bacteria, for example, have a major influence on our lives, ensuring a balanced intestinal flora and thus the smooth functioning of our digestion. If the microbiome is out of balance due to an infection, for example, this can have negative consequences for us humans. "We all know how miserable an intestinal infection feels," explains Berg. What is new, however, is that the microorganisms in the intestine also have effects on our psyche. "Research has been able to establish a connection between mental illnesses, such as depression, and an impoverished intestinal microbiome," explains Berg. "For example, 80 percent of serotonin is formed in our intestines. But we are still at the very beginning; the system is very complex."

But the microbiome does not only have a direct influence on our health. It also influences our choice of partner. “Microorganisms are responsible for our body odour. And these in turn are controlled by our immune system," explains the researcher. So how we smell says a lot about our own immune system. In order for our offspring to be born with the best chances of survival, we want to equip them with a robust immune system. And this in turn occurs when we give them a microbiome that is as diverse as possible. "We do not subconsciously choose a particularly beautiful, intelligent or strong person for reproduction. But rather a person whose smell we like."

Hygiene – what is appropriate?

So if these tiny creatures influence our lives so much, how can we make sure that they (and thus ourselves) remain healthy and efficient?

The microorganisms that are important for us are given to us by our mother at birth in the birth canal. In the course of our lives more and more microorganisms are added. Those that we take in with our food, but also those that we get from our environment. "For example, researchers have found that there are significant differences in the microbial composition of children who have grown up on a farm and those who grow up in an urban environment. In cities, we now have a very impoverished microbiome." There is increasing evidence that this impoverishment is related to common diseases of civilization, such as asthma, irritable bowel syndrome or allergies.

"We now know that we have probably already eradicated some types of microorganisms through hygiene measures," says Gabriele Berg. "Hygiene is important in an environment that must be sterile. In an operating theatre, for example. But we're also sterilizing our food now. And that's not so good."

This is where Gabriele Berg and her staff at the Institute of Environmental Biotechnology come in. "My vision is to carry out research on a healthy food microbiome. A healthy diet is the best prophylaxis," explains Berg. The research team aims to provide farmers and the food industry with tools to produce healthy food. 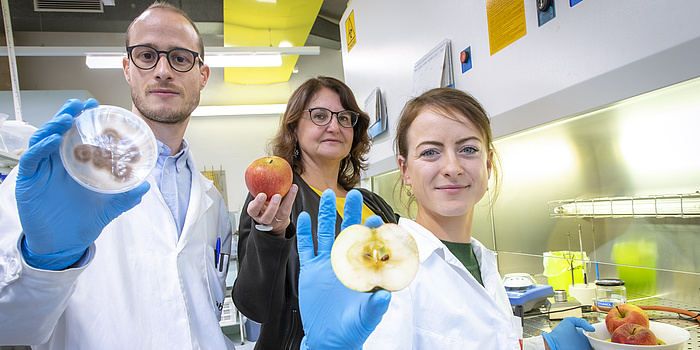 The apple is a popular research fruit at the institute. A research project, for example, has attracted a lot of attention. It deals with the microbiome of this fresh autumn fruit. You can read their work here.

Two EU-funded projects deal again with the apple. The first deals with apple plantations and how to reduce pesticides and replace them with biological alternatives. In the second project, the team, aided by Marie Sklodowska-Curie scholar Ahmed Abdelfattah, was investigating how the apple's diverse core microbiome, which was only discovered 2018, actually gets into the apple. The researchers examined the fruit throughout the year, from flowering to storage. One result – namely that apple trees inherit their microbiome to the same extent as their genes – was presented at the end of 2021 in a press release.

With their research successes, Gabriele Berg and her team are setting visible signs of scientific excellence. Berg herself has been in the top 1% among the "World's Highly Cited Researchers" several times. In 2022, she was awarded the Research Prize of of Styria. "Gabriele Berg proves how exciting research is and that even an apple can still reveal secrets," said TU Graz Rector Harald Kainz in his laudation. 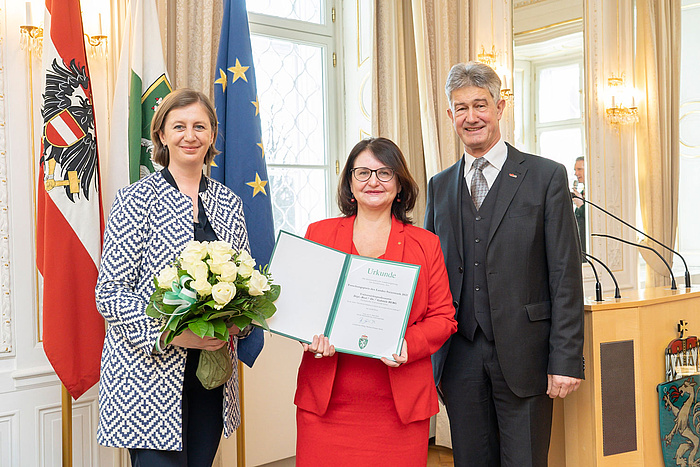 Berg's colleague at the Institute of Environmental Biotechnology Birgit Wassermann was also honoured for her research by the State of Styria and received the 2021 Promotion Award. In the same year, Wassermann was also awarded the Technology and Society Forum's sponsorship award. It is very likely that many more prizes will follow here in the future.

The future is small. Extremely small.

Speaking of the future: What can we expect to come our way? "Above all, many questions," says a smiling Gabriele Berg. “We'll definitely have to rethink our approach to the microbiome. And call into question what we understand by sterility and disinfection.” And she adds: "The diversity of this tiny world is fascinating. We could never have imagined this sheer diverseness."

Gabriele Berg is currently working on finding a common definition for microbiomes so that international research community can be better networked. The recently published Open Access publication Microbiome definition re-visited: old concepts and new challenges on this topic can be found in Springer Nature.