Brenner Base Tunnel as a Lighthouse Project: Tunnels to become CO₂-neutral energy suppliers

Research association led by TU Graz wants to use the heat contained in the discharged tunnel water to supply energy to entire city districts. As part of the FFG programme "City of the Future", a sustainable concept for the city of Innsbruck is being developed. 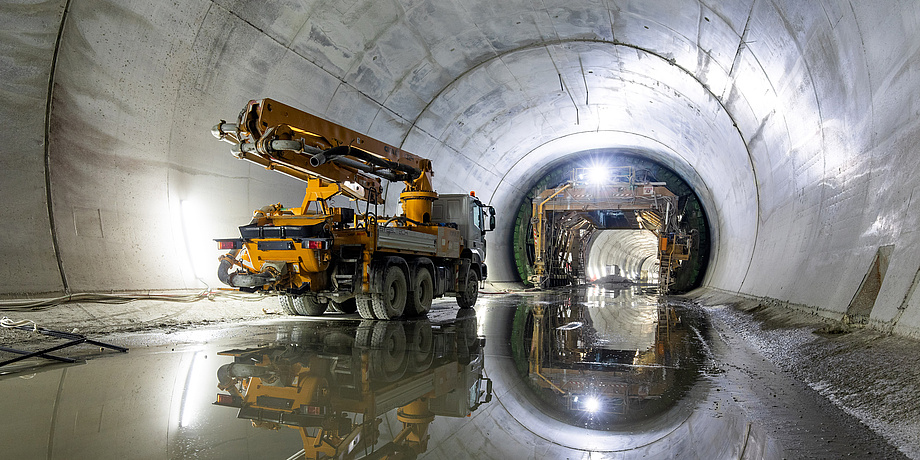 The drainage water from the Brenner Base Tunnel could supply Innsbruck's city districts with energy in the future. A research association led by TU Graz is exploring the possibilities. © BBT SE (Download by mouse click)

After completion in about ten years, the Brenner base tunnel is expected to provide relief for transit traffic between Italy and Austria. The Brenner Base Tunnel Company (BBT SE) and Innsbrucker Kommunalbetriebe (Innsbruck municipal works) now want to generate an additional benefit together with the Institute of Rock Mechanics and Tunnelling at Graz University of Technology and determine the geothermal potential of the tunnel, as Institute head Thomas Marcher explains: "We are investigating whether and how drainage water from the Brenner base tunnel can be used for climate-friendly heating and cooling of houses or even entire neighbourhoods in Innsbruck."

Pioneering results within one year

Within a year, the researchers want to use simulation models for the Brenner base tunnel to make an initial assessment of which infrastructural measures are needed to achieve the highest energy yield. Project coordinator Thomas Geisler from the Institute of Rock Mechanics and Tunnelling gives examples: "For instance, we're testing ways to see if and how we can raise the temperature of the drainage water to a higher level. One conceivable variant is the use of so-called absorber technologies (note: energy anchors or energy bases), which are installed on the inner wall of the tunnel and absorb the heat from the rock. In addition, we want to clarify how a sensible economic distribution of the water into the households can be done and how the heat pumps and the heat exchangers would have to be planned or adapted."
The results will finally serve BBT SE and Innsbrucker Kommunalbetriebe as a decision-making basis for further economic and technical implementation.

In their planning, the researchers will benefit from the unique features of what will then be, at 64 kilometres, the world's longest rail tunnel. Due to its length and its inclination towards Innsbruck, the tunnel water in the Brenner base tunnel flows automatically towards the city without the need for additional pumping. There is also an exploratory tunnel under the main tunnels, which has almost been completed and through which the drainage water from the main tunnels will also be diverted in the future. The exploratory tunnel can thus be used to develop concepts for energy generation that do not interfere with rail operations. The implementation therefore involves less effort and lower costs than was the case with comparable projects – a similar form of geothermal energy generation is already being implemented in Stuttgart (Fasanenhof Tunnel), Switzerland (Gotthard base tunnel) and in Jenbach (Unterinntaltrasse, Tyrol).

Research institutions working together on solutions

Nevertheless, the challenge remains great. To identify the most efficient system, researchers need to know the amount of water, as well as its temperature, that will be available once the Brenner base tunnel is completed. They are supported by teams from the AIT and the Geological Survey of Austria as well as BOKU researchers (University of Natural Resources and Life Sciences) from the Institute of Applied Geology and the Institute for Chemical and Energy Engineering. "We designed the project to be very interdisciplinary, especially since it requires expertise from the fields of hydro-geology, tunnelling, process engineering and hydrochemistry for the best result," said Geisler. The necessary data for the investigations come from BBT SE and Innsbrucker Kommunalbetriebe.

Another important core aspect of the work aims at the transferability of the concept to other also existing tunnel structures. In the course of the project, the research group will investigate which technologies can be used to complement current tunnelling projects and retrofit already active tunnel systems to fully exploit their energy potential. "Above-ground space is becoming increasingly scarce and energy demand is growing. Underground mines are a natural source of energy and heat. So not only from an ecological point of view, but also for reasons of space is it a good and sensible option to make greater use of this infrastructure for energy supply in the future," says Thomas Marcher, hoping that it will set an example for tunnel planners and operators around the world. For all his confidence in sustainable heat use, the rock mechanic urges a prudent approach: "We need to intensively examine how heat extraction affects the thermophysical properties of the rock mass in the long term. Because what we all don't want is cooling on such a scale that diminishes energy production in the long run."

This research is anchored in the Fields of Expertise Advanced Materials Science and Sustainable Systems, two of five strategic focus areas of Graz University of Technology. The project is funded by the Federal Ministry for Climate Action, Environment, Energy, Mobility, Innovation and Technology within the program "City of Tomorrow" of the Austrian Research Foundation (FFG). 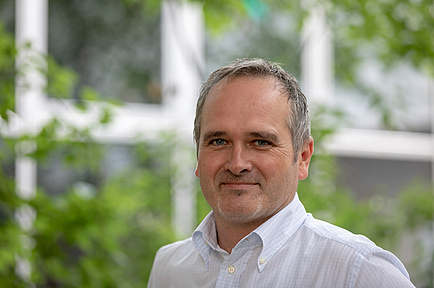 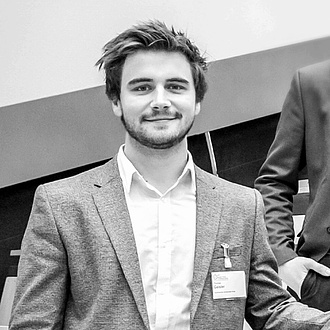