Researchers at TU Graz in Austria have for the first time ever succeeded in visualizing at the single-molecule level the processes involved in a biological nanomachine, known as the cellulosome, as it degrades crystalline cellulose. The fundamental insights thus obtained could support sustainable concepts of cellulose utilization to make a breakthrough in industrial biotechnology. 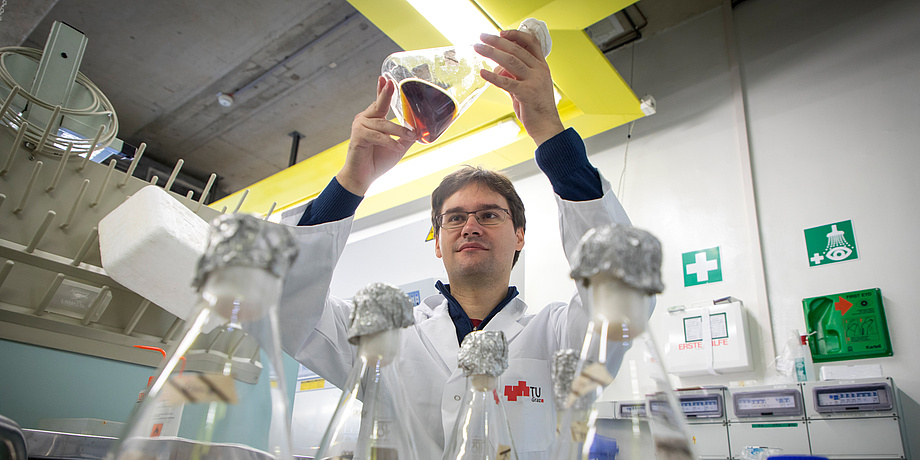 The plant component cellulose is an extremely resistant, water-insoluble polymer that is difficult to break down. This makes the efficient and sustainable use of plant biomass in biorefineries more difficult. "Only when there are sustainable and cost-efficient approaches for the degradation of cellulose will we start to produce fuels, chemicals and materials on a large scale from plant biomass," explains Bernd Nidetzky, biotechnologist and head of the Institute of Biotechnology and Biochemical Engineering at TU Graz.

In nature, the biological breakdown of cellulose occurs either through cellulases or through cellulosomes. Cellulases are enzymes that differ in their specificity and mode of action and are synergistically involved in the degradation of cellulose from woody plants such as trees or shrubs. Although individual cellulases may be located in close proximity to each other, they are individual, physically independent units. A cellulosome, on the other hand, is a protein complex, an ordered and physically interconnected collection of enzymes necessary for cellulose degradation.

Bernd Nidetzky and his team have set themselves the task of better understanding and visualising cellulosomes as essentially cellulose-degrading biological nanomachines. The researchers have now taken a decisive step towards this goal in an Austrian Science Fund (FWF) supported project. They were able to visualize a cellulosome at the single-molecule level during cellulose degradation by means of time-lapse atomic force microscopy and thus gain insights into its mode of operation. The results have been published in the journal ACS Central Science.

In concrete terms, the researchers document the degradation of cellulose using a cellulosome from the bacterium Clostridium thermocellum. It is shown that the cellulosome dynamically adapts to the different surface conditions of the cellulose. "When binding to cellulose, the cellulosome switches to elongated, even thread-like forms and morphs them dynamically on a time scale of less than one minute according to the requirements of the attacked cellulose surface. Compared to cellulases, which detach material when sliding along crystalline cellulose surfaces, cellulosomes remain locally bound for minutes and remove the underlying material. The consequent roughening of the surface leads to efficient degradation of cellulose nanocrystals," explains Bernd Nidetzky.

How the cellulosome attacks the cellulose nanocrystals can be seen here in the section of the time-lapse image.

"Our analyses prove that cellulosomes are extremely efficient in breaking down cellulose. They could therefore play a central role in the development of new approaches for biorefineries," stressed Nidetzky. By exploiting the different mechanisms of action of enzyme complexes in the form of a cellulosome and free enzymes, cellulose degradation can be carried out faster, more completely and with less enzyme requirement. The synergies between the degradation mechanisms of cellulase and cellulosomes could thus help in the design of hybrid cellulase systems and provide new perspectives for applications in biorefineries.

This research work is anchored in the Field of Expertise "Human and Biotechnology", one of five fields scientific research foci at TU Graz.

This publication is the result of work on the FWF-funded project "Cellulosomes - Cellulose degradation by the cellulosome" (duration: 1 January 2019 to 31 December 2021). 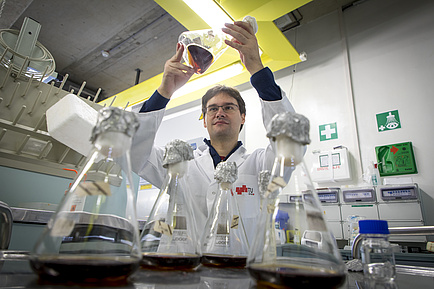 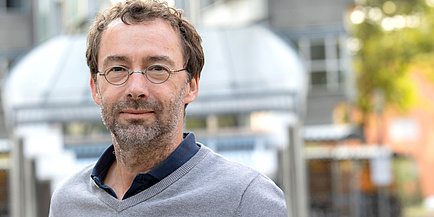 Bernd Nidetzky is head of the Institute of Biotechnology and Biochemical Engineering at TU Graz. © Lunghammer - TU Graz