The new issue of GAM on Territorial Justice thematises the area of tension between urban and rural regions in terms of needs-oriented spatial planning. The presentation is at TU Graz on 11th April. 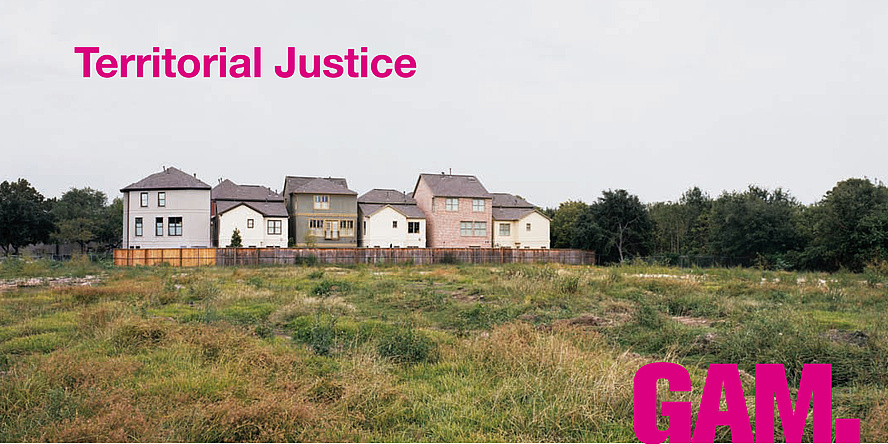 The GAM.15 cover photo by the Dutch photographer, Bas Princen, titled “Outskirts (Houston) 2005/2018” shows houses on the periphery of Houston.

The growing gulf between the richest and poorest members of society also manifests spatially in a discontinuity between wealthy areas and those on the edge of the affluent society – even in Europe. Any attempt to improve the quality of life of the overall population involves an understanding of the urban periphery and rural territory. Specially disadvantaged regions presently undergoing profound change are at centre stage of the discussion in the current issue of GAM (Graz Architecture Magazine). The collected articles in GAM.15 represent the position that architecture and urbanism can contribute to social inequality no longer being strengthened. GAM.15 – Territorial Justice develops this argument by considering rural and urban areas from the perspective of justice.

Protests and fault lines: from the yellow jackets to Brexit

Current political events and protest movements, such as the yellow jackets in France, the social divides in the USA revealed by Donald Trump, and Great Britain’s plan to leave the European Union invite a more accurate analysis of the neglect of the so-called periphery. According to the French geographer, Christophe Guilluy, who has been describing the rifts running through French society for years, these divides are characterised by a lack of access to resources, activities and social networks – not least also due to limited mobility options. This concerns both small towns undergoing crises and rural districts outside the inner suburbs. For it is only by means of transport infrastructure, social services, health care, educational and cultural institutions as well as jobs that the advantages of social networks can be developed for everyone.

GAM.15 looks at the areas outside the cities from the perspective of equality and justice and conducts research into forms of urban planning that increase the common good through general access to educational, cultural, social and health infrastructures as well as energy, water and other resources. It does this at a theoretical level and using case studies and examples from, for instance, the American Appalachian region, Austria, France, Denmark, Wales, Switzerland and Italy.

The interdisciplinary perspective from which the international authors examine the topic of territorial justice is in the programme of Graz Architecture Magazine. The magazine has been published annually since 2004 in German and English by TU Graz’s Faculty of Architecture and the Jovis publishing house, Berlin. The editors of GAM.15 are: Daniel Gethmann (Executive Editor), Petra Eckhard (Managing Editor), Urs Hirschberg (Editor), Andreas Lechner (Book Reviews), Petra Petersson (Faculty News), Aglaée Degros and Eva Schwab (Guest Editors).