Recognized rankings are regarded as an indicator of a university’s standing. Graz University of Technology is one of the best universities in the world in many fields - this is also reflected in the results of various rankings. 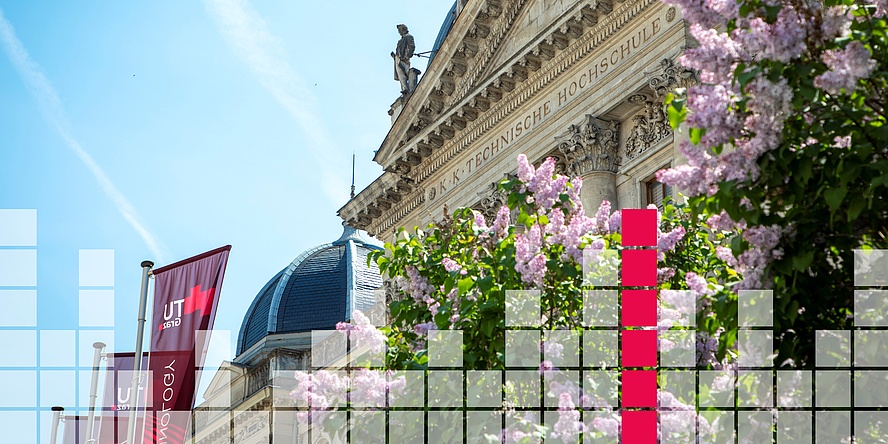 International rankings list TU Graz as among the best universities in the world in particular research areas and in cooperation with science and industry.

Despite all the criticism often levelled at university rankings, their relevance and credibility, they still influence public debate about higher education and the academic system. Some 20,000 universities and colleges are analysed worldwide. Only a small part of these are included on the rankings lists. These often serve as orientation aids for decisions on where to study, career planning, cooperation or investment. For a current assessment of TU Graz it is worth taking a closer look, as the individual rankings differ greatly in focus and evaluation criteria.

Worldwide about 20,000 universities and colleges are analysed and only a small part of them are included in the rankings. If, for example, a university is ranked 300th, it is among the top 1.5 percent worldwide.

The many dimensions of a University

U-Multirank compares more than 2,200 leading universities and colleges from 96 countries around the world. It does not come up with a ranking list, but is dedicated to the many dimensions of universities – research, study and teaching, knowledge transfer, international orientation and regional commitment – and evaluates them individually according to more than 40 indicators between “excellent – A" and "weak – E". In the current ranking 2022, TU Graz achieves no less than 16 A and 8 B placings, and is thus by far the top of all ranked universities in Austria. The TU Graz also performs very well in international comparisons and ranks ahead of MIT or several renowned German technical universities, for example.

In the dimension of "Research", TU Graz achieves four top rankings, including in research publications and interdisciplinary publications as well as in external research income and post-doc positions. In the dimension "Teaching & Learning", TU Graz excels in the indicator pedagogically skilled teaching staff as well as in gender balance, i.e. the number of women with a doctoral degree compared to the overall number of students. Another dimension of the ranking is "International Orientation": Here, too, TU Graz excels with three A-placements, namely in student mobility, international academic staff and international joint publications. In the dimension of "Knowledge Transfer", Graz University of Technology takes no less than five A-ranks in co-publications with industrial partners, patents and industry co-patents, publications citations cited in patents and in income from private sources. Two further A-ranks are allotted to the dimension "Regional Engagement".

This is no coincidence, since TU Graz decided a few years ago, as part of its university strategy, to take targeted measures to increase its presence in the rankings. "Our aim was to be at the top of all these rankings," explains Manuela Berner, head of the OU Quality Management, Evaluation & Reporting at TU Graz. "Today, TU Graz has notable results in all strategically selected rankings such as the U-Multirank, the CWTS Leiden Ranking, the QS World University Ranking or the Times Higher Education World University Ranking (THE)", says Berner, "in individual research fields – as is currently the case in the Biomedical and Health Sciences of the Leiden Ranking with world rank 137 – we achieve excellent positions". In the QS World University Ranking, TU Graz has improved significantly in recent years and is currently ranked 284th in the world. .

In the QS World University Ranking 2023 a total of 1,500 leading universities from all over the world were analysed and 1,400 of them published in the ranking. The reputation, number of citations, supervision ratio and internationality of academic staff and students are decisive for the overall assessment. TU Graz is number 284 in the current ranking.

A good indicator of scholarly output and cooperation in research is the Leiden Ranking, which provides insights into the scholarly performance of 1,318 leading universities worldwide. As a bibliometric ranking, its central parameter is the citation rate, which indicates how often publications by scholars from other research institutions are cited. The results of the Leiden Ranking in the last couple of years show that the scholastic output of researchers at TU Graz is attracting great attention in the academic world. In terms of the share of publications among the most cited 10 percent, TU Graz ranks 366th in the world in 2022, and even 15th in the world in terms of publications with industry.

In the Leiden Ranking, which assesses the scholarly performance of universities, TU Graz is one of the top universities in Europe. The university in the heart of Europe bundles its research into five areas in which researchers work together across disciplines. Find out more about these Fields of Expertise.

In the QS-Subject Ranking 2022, Graz University of Technology was ranked 269th in the world in the subject group "Engineering and Technology" and performed particularly well in the subjects "Architecture & Built Environment" with a placement in the ranking group 101-150 as well as in "Engineering - Civil & Structural Engineering" in the ranking group 201-220.
In the THE-Subject-Ranking 2020/21, Computer Science at TU Graz is ranked 126-150 and is thus not only internationally among the best. Together with its TU Austria partner university TU Wien, TU Graz is one of the top computer science universities in Austria. In the field ranking of the Leiden Ranking 2022, TU Graz is on world rank 137 for "Biomedical and Health Sciences" and 138th in the world for "Life and Earth Sciences" and is ahead of many of its benchmark universities in these subject areas.

Rector Harald Kainz is delighted about the generally positive tendency of TU Graz in the international rankings and about the particular strengths of the small Austrian university compared to other universities worldwide. "The results of the most important international rankings confirm that we are not only working strategically on paper towards our goal of showing our profile in research, networking more closely with industry as an 'entrepreneurial university' and entering into intensive cooperation, but that we are also putting this into practice.” For example, the collaboration indicators of the Leiden Ranking 2022 demonstrate the strength of TU Graz in its cooperation with industry and business. In the "Share of co-publications with industry”, TU Graz ranks 15th in the world and 8th in Europe, making it one of the best universities in Europe and the world.

TU Graz regularly takes top positions in international rankings in the share of joint publications with industry. This makes it one of the best universities in the world in terms of cooperation with companies. The Research & Technology House of TU Graz is the central contact point for companies who want to make use of the expertise of TU Graz for their innovation plans.

Regional cooperation: anchored in the region

That TU Graz also works together intensively with regional partners in science and industry is also demonstrated in the Leiden Ranking in co-publications at smaller distances – under 100 kilometres. Here, the highly cooperative university with a world ranking of 321 heads the list in front of its benchmarking partners, such as RWTH Aachen, TU Munich or ETH Zurich.

Would you like to receive the latest stories, research stories, interviews or blog posts from TU Graz directly on your smartphone or in your email inbox? Subscribe to the Telegram newsletter or the TU Graz research newsletter free of charge.

Read more about he importance of university rankings for Austrian universities following the link to the uniko ready reference manual.