Top of the last third

Three minutes – this is the amount of time that the TU Graz team along with Rector Kainz had for a game of chess at the 3rd Austrian University and Students’ Union Blitz and Rapid Chess Championships. 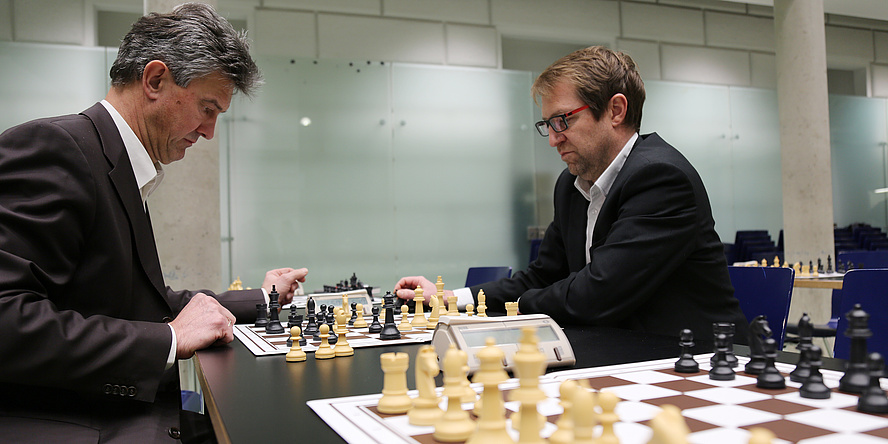 [Translate to Englisch:] Heiße Matches: Rektor Harald Kainz und Heimo Theuretzbacher-Fritz mitten in einer Partie Blitzschach.
“When I was five I used to watch my father playing chess over his shoulder and memorised the moves. When I started playing at club level myself, I had my share of bad luck – but so did the others!” said a smiling TU Graz Rector Harald Kainz as he recounted his first chess moves in his youth. His chess playing ability was to take him to the Styrian and Austrian young people’s chess championships (and secure him third and tenth place). 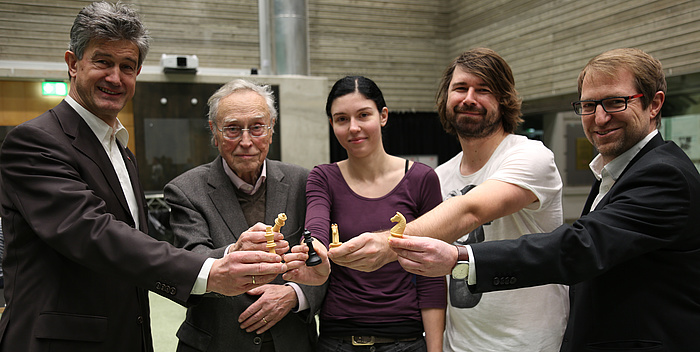 TU Graz 2 team: Rector Harald Kainz, Kurt Jungwirth (President of the Austrian Chess Federation), Sandra Wilfling, Stefan Spirk and Heimo Theuretzbacher-Fritz.
Heimo Theuretzbacher-Fritz of the Shareholdings administrative department can also look back on a great career. “The high point was when my brother and I simultaneously became provincial school and youth champions in Upper Austria.” Together with Stefan Spirk from the Institute of Paper, Pulp and Fibre Technology and telematics student Sandra Wilfling, they have been playing in one of the TU Graz teams at the “Blitz Chess” event of the 3rd Austrian University and Students’ Union Championship which took place from Thursday to Sunday at TU Graz. 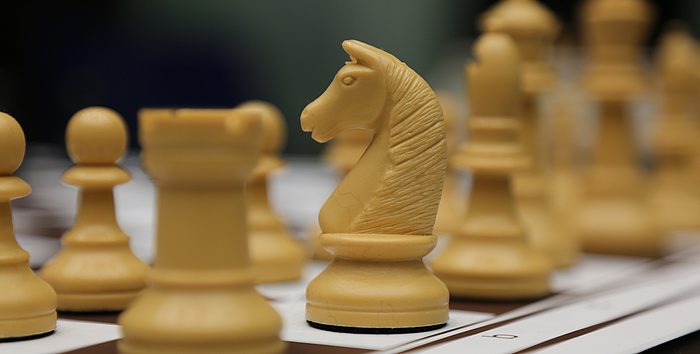 But it’s the chess moves that are at the centre of interest.
The team outperformed their initial goal of coming “top of the last third” by being finally placed tenth out of 16 teams. They were even in fourth place two games before the end, but then they had to play against the eventual tournament winner and runner-up. The team’s top scorer was Rector Kainz, by the way. The other TU Graz teams were also able to achieve great successes during the evening: TU Graz Maths/Physics won overall second place, TU Graz 2 ninth place, and CampusOnline 16th place. All the results can be found on the Chess Results website.

The 3rd Austrian University and Students’ Union Blitz and Rapid Chess Championship was played out from Thursday to Sunday in Graz. Previous tournaments took place in Innsbruck and Vienna. Thursday was devoted to team blitz chess, Friday to the preliminary round in rapid chess also as a team event, on Saturday the team final in rapid chess was held, and on Sunday blitz chess again – but this time individually. Altogether 70 people from the whole of Austria took part in Graz. 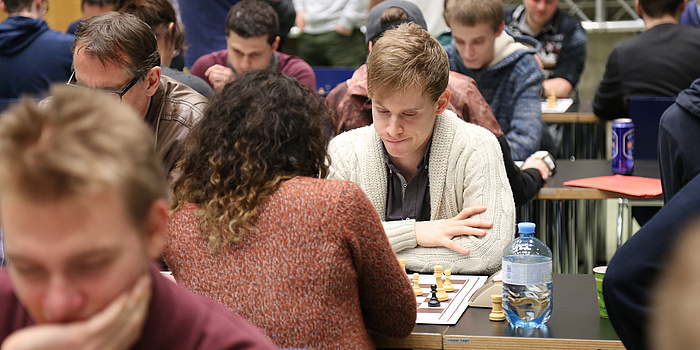 The minds of the other participants were also whirring.
The team with Rector Harald Kainz took part in blitz chess on Thursday evening. In blitz chess, each participant has three minutes per game, which works out at about two seconds per move. “But moving the pieces shouldn’t be too hectic,” says Theuretzbacher-Fritz with a smile: “Chess must be one of the least dangerous types of sport.” 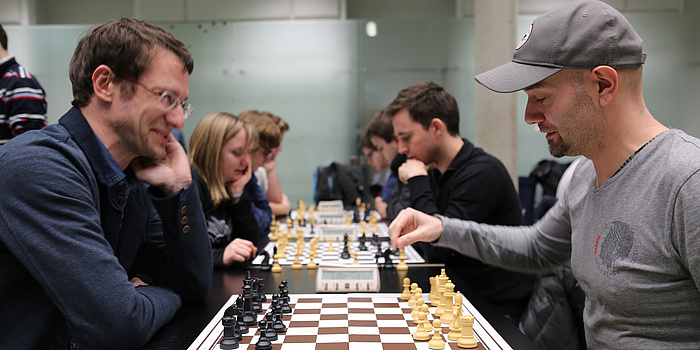