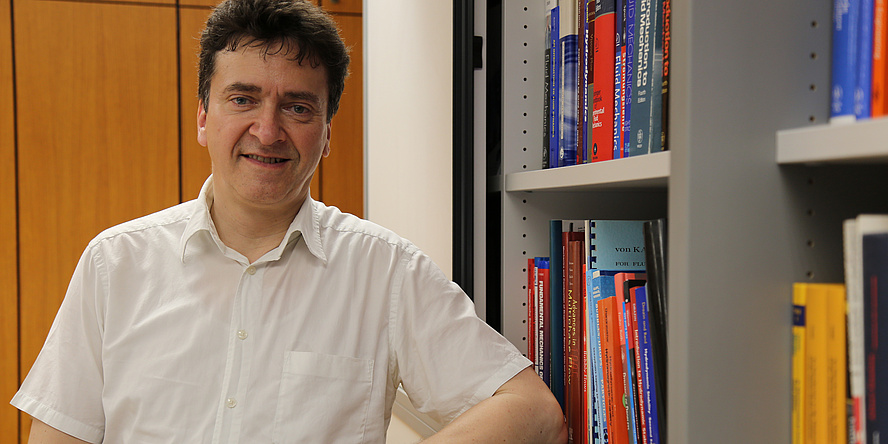 Günter Brenn looks at the behaviour of gas bubbles and liquid drops at the Institute of Fluid Mechanics and Heat Transfer. © Baustädter – TU Graz

Gas bubbles rise in a drink. A process as beautiful as it is familiar. Sometimes we notice, but we rarely think about it. But Günter Brenn from TU Graz’s Institute of Fluid Mechanics and Heat Transfer does. In brief, he investigates the motion of gas bubbles in liquids (for example in bioreactors and drinks) and the formation of drops of liquid in gases (for instance in the production of sprays in process engineering and combustion engine technology). But the detailed explanation is a little bit more complex.

We are surrounded by gases and liquids. And how exactly they behave is investigated in the research field of fluid dynamics. This field is subdivided into aerodynamics, i.e. the science of the motion of air, and hydrodynamics, for the behaviour of liquid materials. Liquid materials can be Newtonian or non-Newtonian, and each of them has a different respective dynamic behaviour. The behaviour of Newtonian liquids, as for example water, can be described using a simple material law. For non-Newtonian liquids, as for example viscoelastic liquids, the material law is more complicated. These liquids change their material behaviour under the action of forces: some of these liquids become thinner, whereas others become thicker. If the force is exerted slowly, then some non-Newtonian materials behave like liquids, whereas, if the force is exerted more quickly, they behave like solids. Examples of viscoelastic liquids are blood and gels, but also solutions of polymers and proteins.

Materials with viscoelastic properties occur frequently in bio-process engineering. To bring about reactions in these liquids, for instance by means of bacteria or algae, the liquids are aerated with oxygen. The success of these reactions essentially depends on how long the gas bubbles remain in the liquid before leaving it. This residence time of the gas bubbles depends on their rise velocity and on the depth of the liquid bath. ‘On the one hand, it is exactly these kinds of bubble processes we are investigating – in other words how gas bubbles behave in viscoelastic liquids,’ says Günter Brenn, explaining his work. ‘But we also deal with exactly the opposite. In other words, how drops of liquid behave in a gaseous environment, as is the case in atomisation processes in the formation of sprays, for example.’ 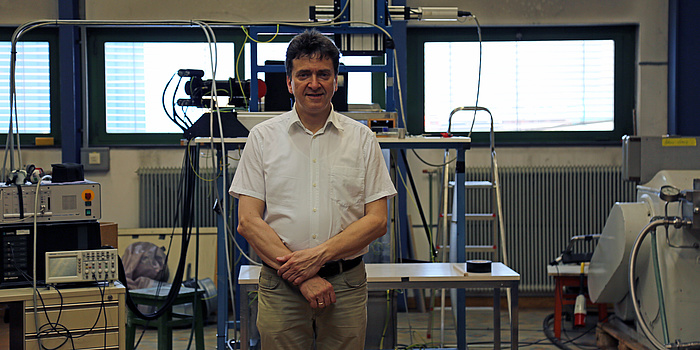 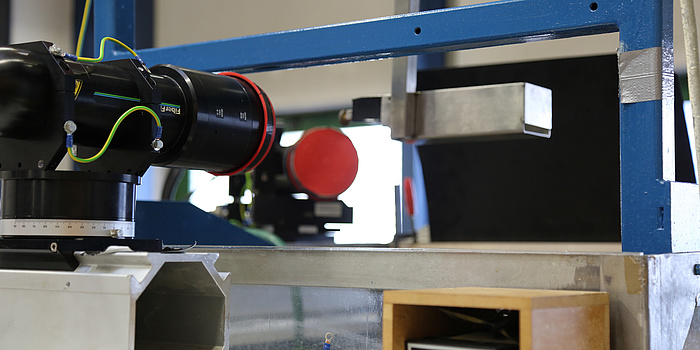