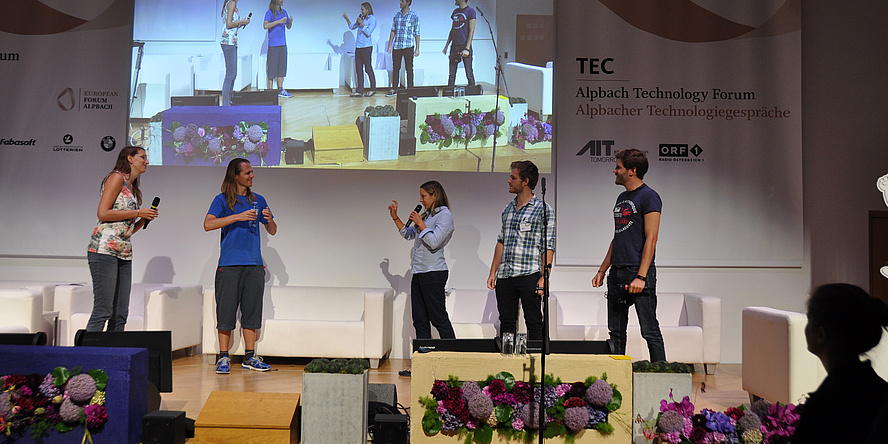 Fun as motive force at the Innovation Marathon. The team presents its solution for a problem set by AVL – a cloud-based support system for measuring devices and software.

Borrowing from Star Trek, there are also farther reaches of space at the Innovation Marathon – those of the mind.  And our adventure also boldly went where no man has gone before: 24 hours, eight teams with five members each, three phases, one mission, and no sleep till you get back home. It was a journey with pitfalls. The farther reaches of thought are deceptive – overwhelming, intimidating, marred with sirens and permeated by labyrinths. We also had to take care of our “starship” – resources were scarce, time especially, and the human factor was not to be underestimated. The journey I want to take you on is not linear. Instead, you can immerse yourself in the episodes and gather impressions to perhaps be present at the next Innovation Marathon yourself. 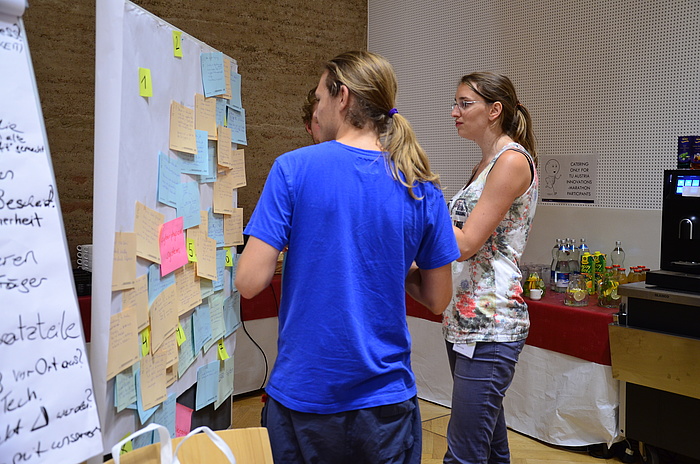 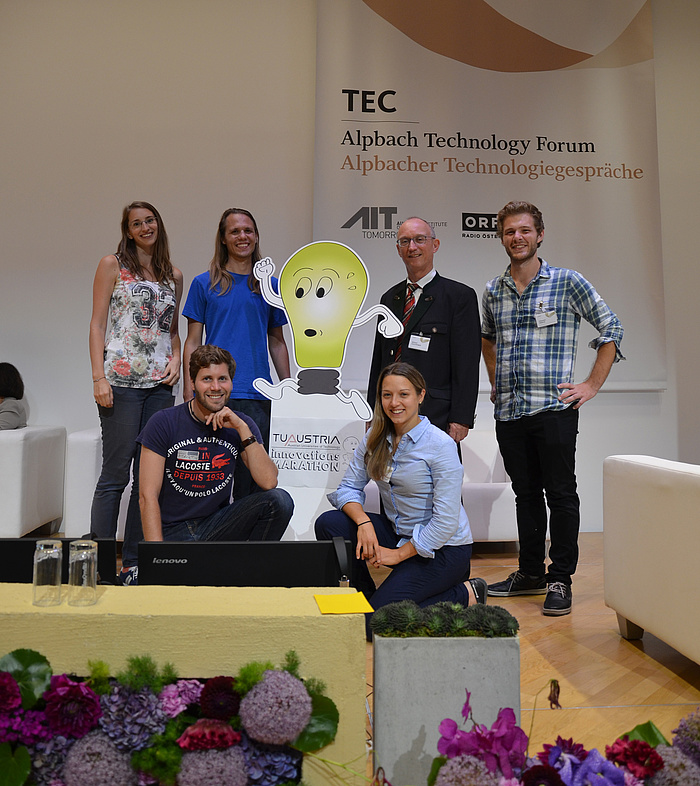 Exhausted but relieved: the student team after the final presentation with the AVL coach.

Would our solution in the end be THE solution? Who knows, at least we might be able to provide a new stimulus. We had fun and we learned a lot. The compactness of the marathon showed the different phases of the innovation process very well. Also, the interplay between limitation and freedom becomes very obvious during the process. Fun as a motive force is presumably the strongest thing that’s left over.

Unshakeable staying power, creativity and perhaps a touch of craziness – these are the prerequisites for taking part in the TU Austria Innovation Marathon. Eight problems, eight teams and 24 hours: these are the conditions under which students work out solutions for real problems posed by companies at the Marathon each year in summer. TU Graz mathematics student Philipp Rouschal was part of the AVL team in August 2016 which was set the task of developing a cloud-based support system for measuring devices and software.