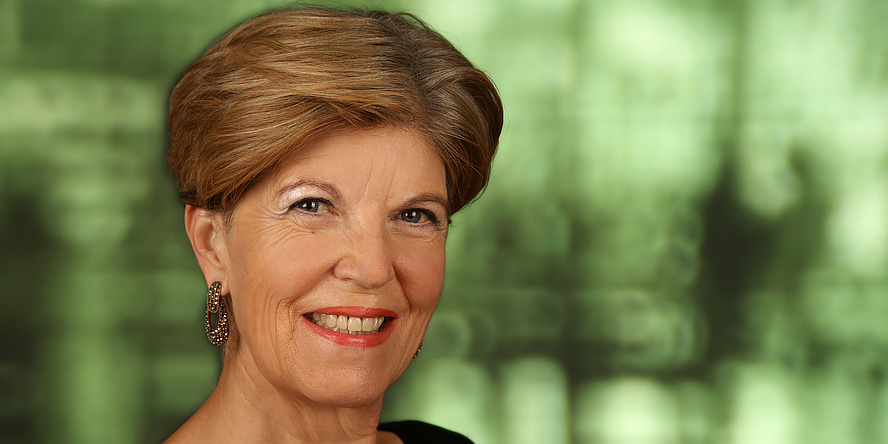 Karin Schaupp will chair TU Graz’s University Council for the next five years.

TU Graz’s new University Council took office on 1 March, with Karin Schaupp elected Chairwoman for the second time in succession. A business consultant and professor at the University of Graz, she talks to TU Graz News+Stories about the recent past and looks ahead to the future.

Karin Schaupp: To start with, we became the first Austrian university to appoint a Vice Rector for Communication and Change Management. This was a milestone because it has enabled the university to remain a competitive and attractive partner for the community in a rapidly changing environment.

TU Graz is also now in shape to push forward its international expansion. We have concluded several strategic partnerships which are going from strength to strength – in particular our agreements with TU Darmstadt and Politecnico di Milano were milestones. The number of English-language degree programmes, which form part of the internationalisation process, is reflected in the increase in international appointments. Diversity is a key factor in permanently improving the overall quality of research and teaching.

In particular, we hope that the upcoming performance agreement improves the student-faculty ratio, which in some cases is very poor. Of course, the level of support we can offer students is a success factor, because it enables them to complete their degree as effectively as possible and unlock their potential with enthusiasm. During our term of office we will be implementing the Education 2020 strategic project – we owe it to our students because their needs are completely different to those of their predecessors a decade ago. Above all, we need to make the best possible use of the opportunities that digitalisation presents, but at the same time we shouldn’t lose sight of the requirements for social learning.

The Ministry of Science has commissioned us to serve as a pilot university on digitalisation and draw up a policy for establishing a digital university. This transition will have an impact on the entire university: the way we think, how we organise our operations and how we manage knowledge. It’s not easy to leave a well-trodden path. This is why it’s essential that the change process has the support of a professional transformation management team. To get where we want to be, it will be vital to arouse the passion and enthusiasm of every single member of the university for our efforts to do something unique – and create a new identity as a modern university.

What’s more, we mustn’t forget how many start-ups we’ve established. TU Graz encourages young people to set up companies and gives them the best possible support.

It’s important that technical universities have partners in social and medical sciences – BioTechMed-Graz is a shining example of this. Legal and ethical regulations are lagging behind technological advances. Increasingly there’s a gap between what is feasible and what society finds acceptable. So as a university, it’s important to us that our graduates are critical citizens who not only keep an eye on technological feasibility, but also on technology’s impact on society.

Karin Schaupp: I’m lucky enough to have a knack for music and maths. When I was young, I played the violin and the piano, and I was always singing away to myself. I started a double degree at the University of Graz and what was then the University of Music, but then I decided to focus entirely on science. That was a good decision. Science and Economics are both stages and I feel comfortable on them.