Graz University of Technology has awarded five "Mind the Gap" awards for gender and diversity to employees and students who have placed human diversity at the centre of research or teaching contexts. 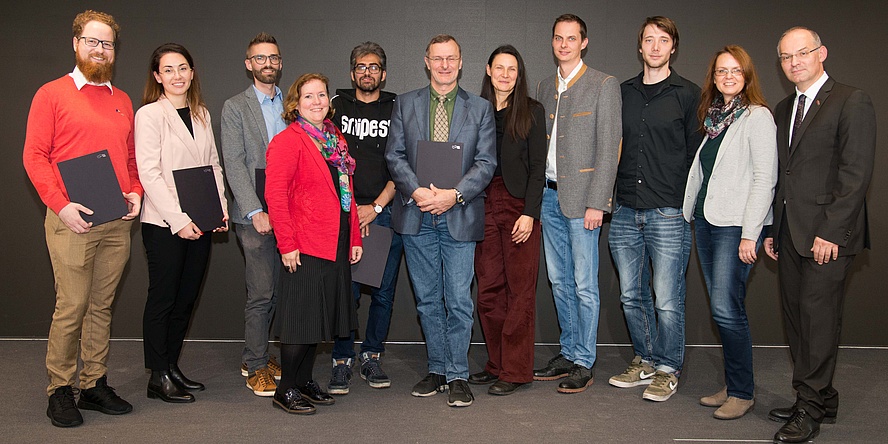 In their academic work or when dealing with contact groups at the university, they have intentionally taken aspects such as age, gender or disability into account and were presented with awards for gender and diversity at Graz University of Technology (TU Graz). Elma Sadaj, Robert Gaugl, Sadegh Arefnezhad, Sascha Rossmann and the team "GenIAL" recently accepted "Mind the Gap" prizes of 1,000 euros each. The Office for Gender Equality and Equal Opportunity had announced the diversity awards on the occasion of International Women's Day in order to support the debate on diversity in the technical and scientific environment.

Sadaj developed a learning factory for logistics services which included participants of different ages and sexes in a participatory way. Her thesis should contribute to a more practice-oriented training and further education of customers and employees in the logistics sector.

Gaugl earned merit for the gender-neutral formulation of the contents of the Institute's website and was committed to barrier-free access to the IEE website, especially for people with visual impairments.

Sadegh Arefnezhad – project assistant at the Institute of Automotive Engineering

In a publication on his doctoral thesis, the doctoral student described his "WACHsens" study, the aim of which is to identify the fatigue levels of motorists. For the study, 90 subjects were intentionally selected according to gender and age. Ultimately, the research work should serve to extend the binary scale "tired / awake". .

Stimulated by his work at the Students Union and the Registration Office, Rossmann looked at the influence of origin, gender and family on mental health and academic success. He developed a workshop concept to train students as contact persons.

TU Graz promotes a culture of diversity and appreciation in a wide variety of ways. On the TU Graz website you will find further information on the key objective of diversity at Graz University of Technology.