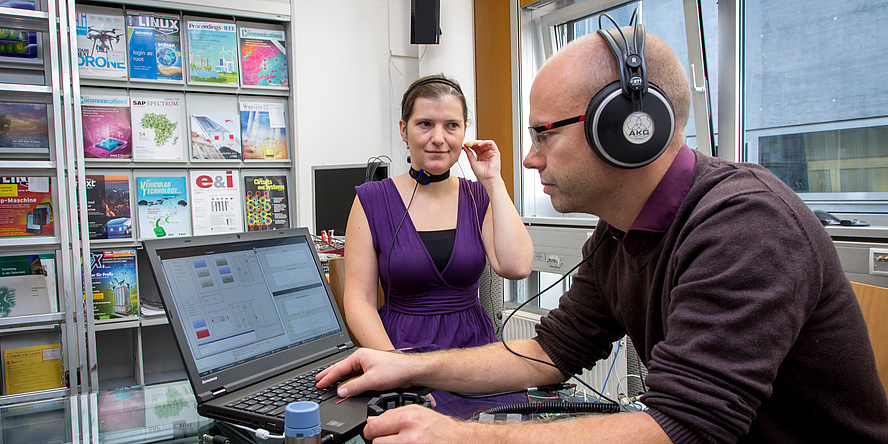 Katharina Fuchs and Martin Hagmüller, Institute of Signal Processing and Speech Communication aiming at giving people who have lost their voice a more natural voice.

The diagnosis comes as a deep shock for the person. A loss of the larynx, for instance due to cancer, changes a person’s everyday life quite fundamentally. The larynx contains not only all the vocal chords, it also acts as a switch point between the oesophagus and the trachea, or windpipe – every time we swallow, it closes the passage to the trachea. While we normally take this function for granted, it does not work any more if you need a “tracheostoma” – an artificial breathing hole into the trachea through the throat – because in this case the pharynx, instead of being connected to the trachea, goes directly into the oesophagus. This is why the loss of the vocal chords automatically means that you lose your speech. You cannot hear words spoken by the person any more. In the Germanspeaking area, about 25,000 persons have lost their larynx – approximately 3,000 laryngectomies are performed every year in Germany. 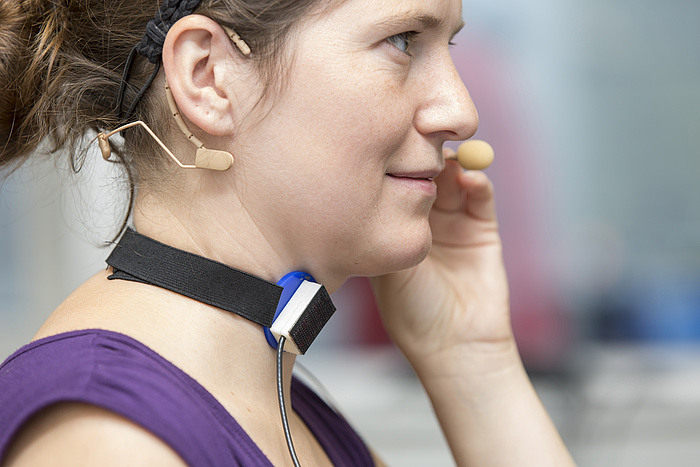 The HumanEVoice projects aims at providing a more natural voice for people who have lost their vocal cords.

“There are three ways how a person without a larynx can recover speech,” explains Martin Hagmüller. “The first is to swallow air and then execute carefully controlled burps.” Although this may sound scurrilous, it truly is one of the possibilities of replacing the vocal chords. However, the relevant preparations must be made already at the time when the surgery is performed. “It is difficult to learn this technique,” says Hagmüller. “Another variant is to introduce a valve between the trachea and the oesophagus.” If you cover the trachaeostoma with a finger, the valve lets air flow into the mouth, thus facilitating speech. At present this is the standard solution. But this variant is also expensive: the valve is error-prone and has to be changed every two months. The third possibility is to imitate the function of the vocal chords through external vibrations – using an electronic “voice box”. 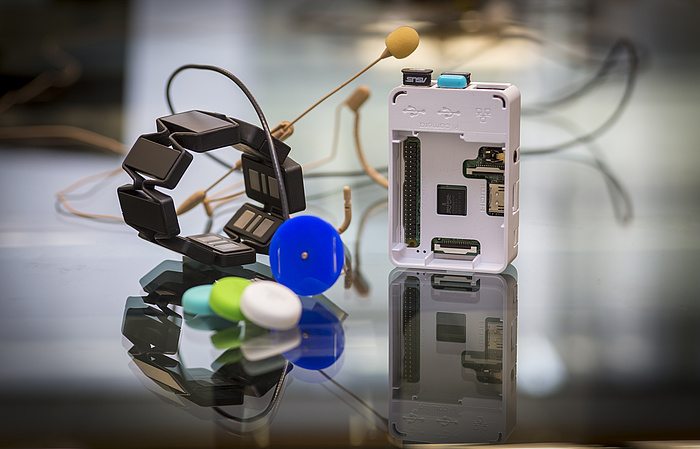 The MYO bracelet allows the electronic speech aid to be controlled.

But Fuchs and Hagmüller intend precisely to create such an overall package. For this purpose, they are combining new approaches from different areas, from special waveforms that are better able to penetrate the throat tissue and various pitchmodulating methods to miniaturisation and new wearing varieties to develop a device that unites all the advantages. 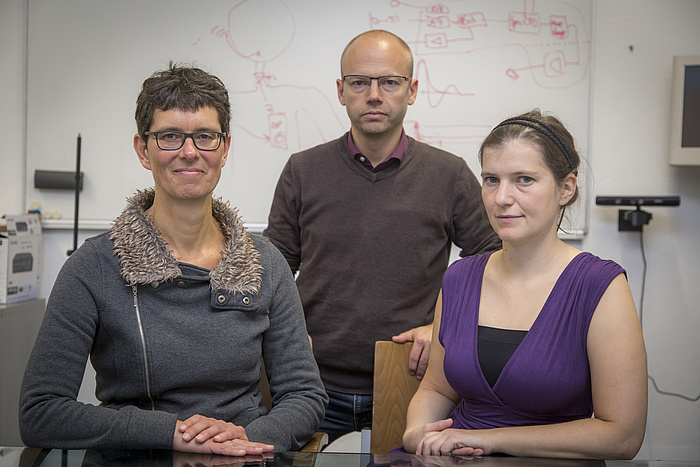