TU Graz and the University of Arkansas at Fayetteville signed an Agreement of Cooperation and Exchange, which strengthens the connection between the universities in both research and teaching. 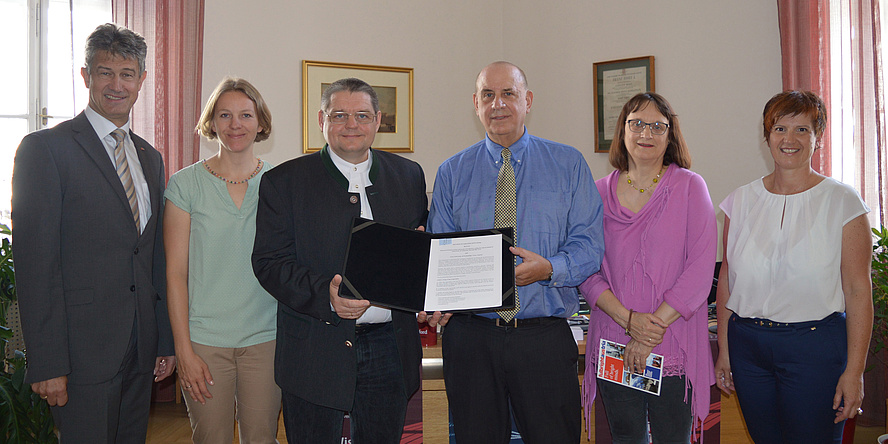 Driving force behind the co-operation of the two universities which has now been institutionalized were Andy Proctor, food scientist at the University of Arkansas, and Erich Leitner, deputy head of the Institute of Analytical Chemistry und Food Chemistry at TU Graz. The NAWI Graz Fulbright Professorship of Andy Proctor is a best practice example of active and long-term co-operation between Graz and Arkansas. Last semester Andy Proctor worked intensively with NAWI Graz students and scientists from TU Graz and Uni Graz during his Fulbright professorship here in Graz, while Erich Leitner was able to strengthen the joint research activities of the two universities during his stay in Arkansas in March 2016. Both professors have worked closely with the Office of International Relations and Mobility Programmes at TU Graz in order to institutionalise the close co-operation established between the universities in the field of food chemistry over the years.

TU Graz-Rector Harald Kainz signed this Agreement of Co-operation and Exchange between TU Graz and the University of Arkansas at Fayetteville on 22 June in the presence of the two “founding fathers” Andy Proctor and Erich Leitner among others. The agreement creates a framework for common research as well as faculty and student exchange activities.