With the research project "3D-Nanoprinting", Harald Plank from the Institute of Electron Microscopy and Nanoanalysis at TU Graz won the Houska Prize in the category "University Research", which is endowed with 150,000 euros. 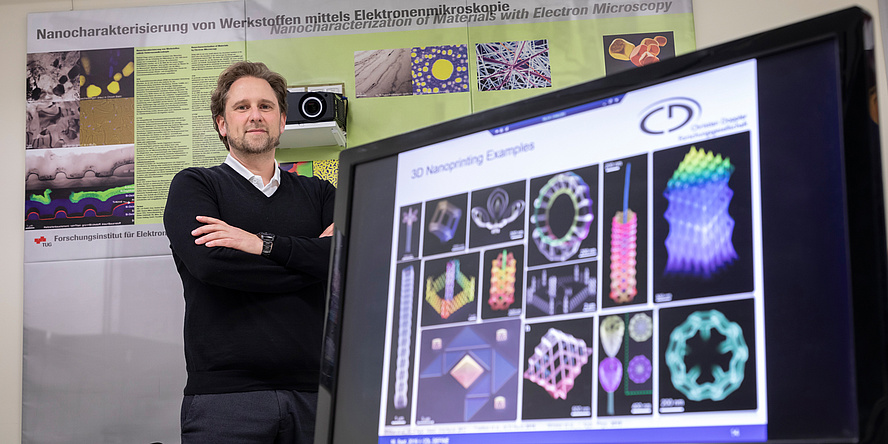 Austria's largest private research prize – awarded annually by the B&C private foundation – goes to TU Graz in 2020. The physicist Harald Plank and his team can look forward to the coveted golden trophy and the prize money of 150,000 euros for the first-placed team. The prize was awarded yesterday, 24th September, in Vienna. A total of 500,000 euros was awarded to application-oriented research projects.

“This is a great success for the researchers and at the same time a wonderful acknowledgement of the efforts of TU Graz to specifically promote top performance. I sincerely congratulate Harald Plank and his entire team for this extraordinary award," says a delighted Harald Kainz, Rector of Graz University of Technology. 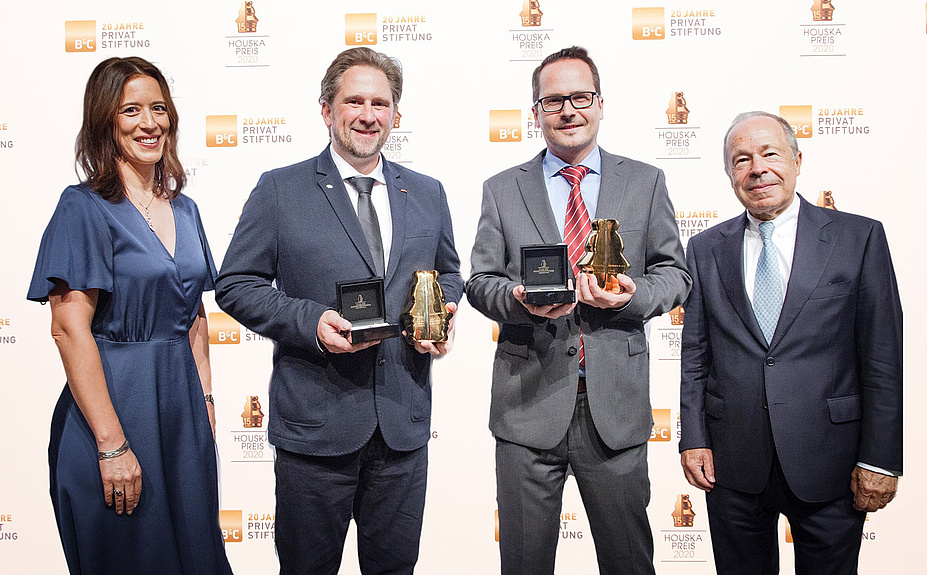 The researchers, led by Harald Plank, developed a novel 3D nanoprinting technology, known as FEBID technology (Focused Electron Beam Induced Deposition), for the production of complex, three-dimensional objects on the nanoscale. This new method is intended to open up new areas of application for the industry that were previously not possible with conventional 3D printing processes. This printing process has already made it possible to produce electrically conductive 3D high-resolution nanoprobes that are already being used by industrial partners in atomic force microscopes.

The successful research work was significantly supported by the Graz Centre for Electron Microscopy and by Austrian Cooperative Research in Vienna.