Friendship: thanks from Iranian students

Iranian students from the last decades express their solidarity with TU Graz in the form of a “recognition plaque” and set an example for peaceful co-existence. 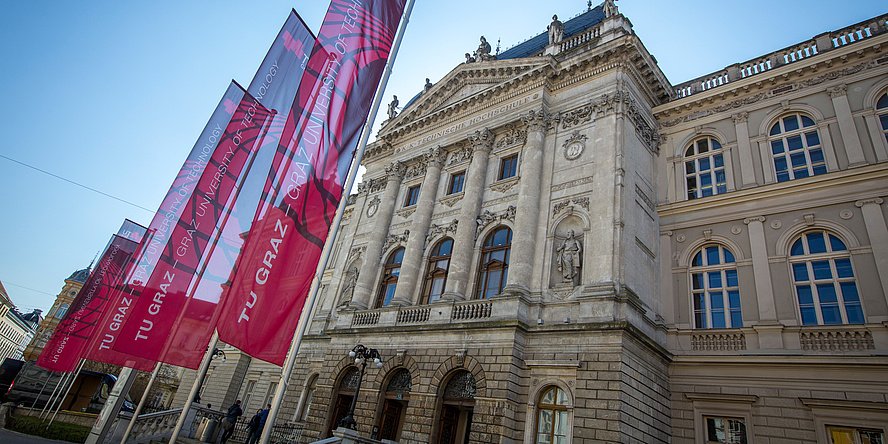 There has been a vibrant Iranian community at TU Graz since 1955. On 7 November a commemorative plaque will be unveiled as a mark of thanks from Iranian students for their years of study at their alma mater.

After their time as students, many of them were scattered to the winds. Nevertheless 80 former Iranian students will come together to thank their alma mater at TU Graz on 7 November. The occasion for this is the unveiling of a recognition plaque from the Iranian community who were representative of a large group of international students from the 1950s to the 1970s.

In times of strong polarisation, this plaque points to a positive co-existence over many tens of years. The traditionally good ties are still enjoyed today, as shown by the statistics. The first Iranian students joined the Technical College, as it used to be called, in 1955. Since 1965 over 120 Iranian students have enrolled, and 31 of them have finished their degrees at TU Graz in the last 10 years. In addition to plaques from Norwegian and Greek students, the plaque from the Iranian students is the third permanent demonstration of gratitude from international student groups in the Alte Technik building in Graz.

The Iranian community is part of the strong international network of TU Graz. Some six months ago TU Graz opened a liaison office at Tongji University in Shanghai to deepen existing relations. And in less than one month’s time, an alumni chapter will be initiated at ETH Zürich.

The event is part of the events series „alumniTalks“ of „alumniTUGraz 1887“.

Festive unveiling of a recognition plaque from former Iranian students