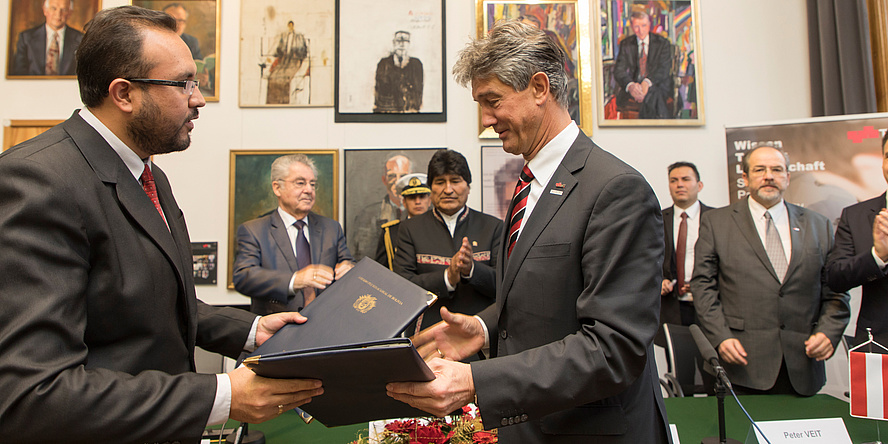 A high-level delegation from Bolivia, headed by President Evo Morales and Minister of Public Works Milton Claros Hinojosa, paid a working visit to Graz on Wednesday 13 December 2017. One of the highlights of their stay was the signing of an agreement with TU Graz, which will open up access to railway-specific training at the university for Bolivian engineers, as well as paving the way for closer collaboration on railway-related matters in higher education.

Signed by the Minister of Public Works Milton Claros Hinojosa and TU Graz Rector Harald Kainz in the presence of President Evo Morales, the accord includes the initial work packages finalised under an agreement signed by Bolivia and Austria in 2015 to collaborate in the areas of infrastructure and telecommunications. Also present were former Austrian President Heinz Fischer and Siegfried Nagl, mayor of Graz. Evo Morales also signed the Golden Book of the City of Graz during his visit to TU Graz. Afterwards, the Bolivian delegation planned to inspect the construction work currently in progress on the Koralmbahn railway, as well as the state-of-the-art logistics solutions employed at Cargo Center Graz.

Like Austria, Bolivia is landlocked, so high-quality transportation links are essential for the country. The South American country has a population of around 11 million, and is stepping up its rail network upgrade and extension programmes. A number of ambitious rail construction projects are currently under preparation, including a suburban rail system in Cochabamba and completion of the ocean-to-ocean rail corridor. This 3,750-kilometre corridor will extend from Porto Alegre in Brazil via Bolivia to Ilo on Peru’s Pacific coast. Many sections are already in place, but two significant gaps must be filled in Bolivia before the corridor is completed. The coordination unit for the entire project, for which Bolivia has joined forces with Brazil, Peru, Paraguay and Uruguay, is being set up in Cochabamba.

Besides pushing ahead with this project, Bolivia is also looking to develop railway-related expertise in the long term, and the agreement signed today with TU Graz will make a significant contribution to this in terms of scientific research and education. Evo Morales was impressed by Styria's pioneering role in the European research landscape. In view of the extensive rail modernisation programme implemented in recent years, Austria – and Styria in particular – is a global leader as far as railway expertise is concerned. For many years, TU Graz’s Institute of Railway Engineering and Transport Economy, which is headed by Peter Veit, has specialised in studying all aspects of rail system life cycles, and the institute enjoys an outstanding reputation worldwide. 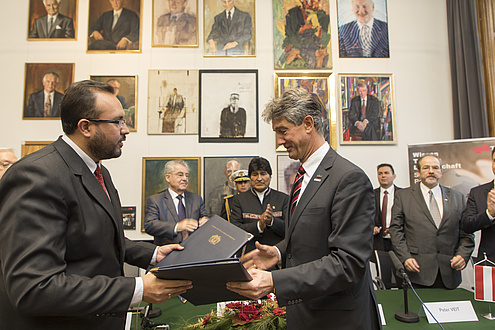 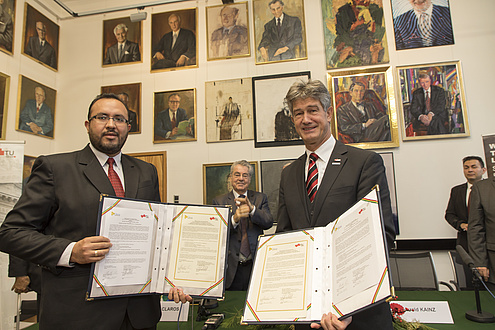 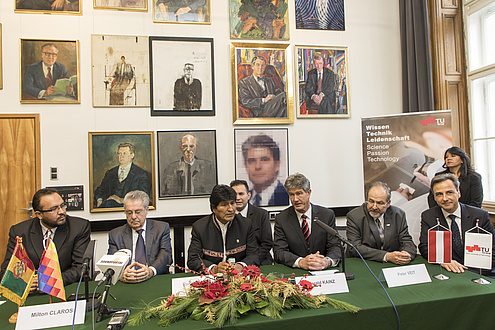 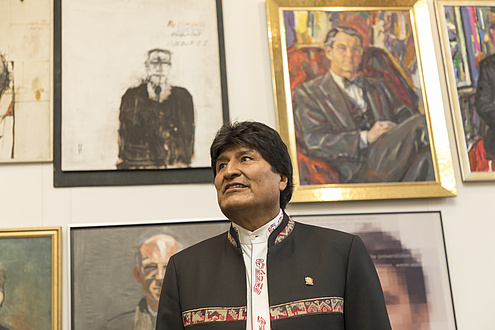 Evo Morales in the meeting room of the University Management of TU Graz. © Lunghammer - TU Graz 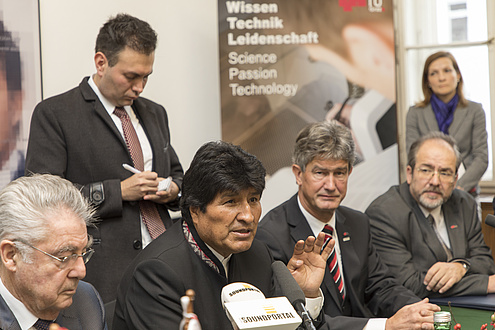 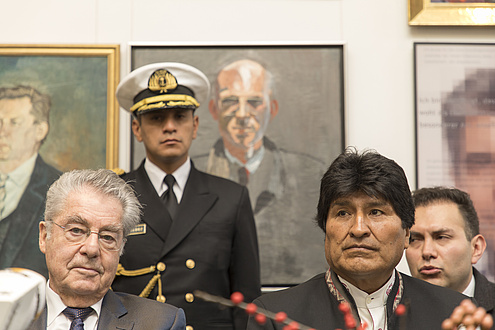 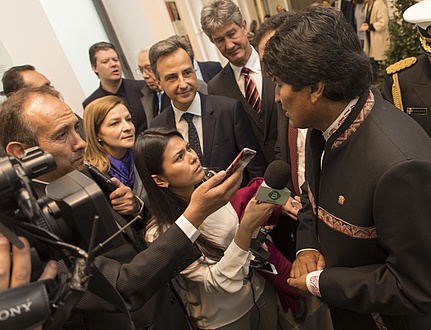