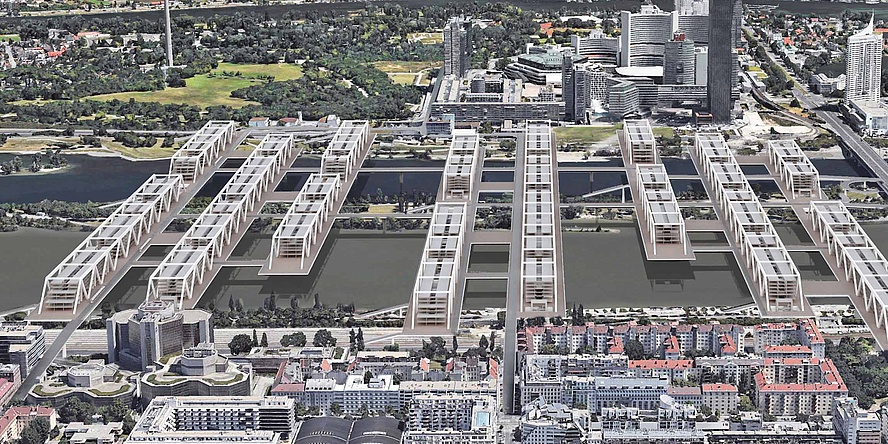 The quality of the works submitted for the Graz Architecture Diploma prizes "GAD Awards 20" was so high that the jury – consisting of Karla Kowalski, Bettina Götz and Michael Salvi – decided to honour this with two first prizes. The work "PALIMPSEST" by Jakob Zöbl deals with the architectural potential of infrastructure buildings in the border area of the Hohe Tauern National Park. Daniel Zorec’s "Living Bridges of Vienna” span the Danube Island and even the Danube itself. The jury certified both works as "highly relevant to the current social situation".
The third prize went to Ramona Kraxner for her theoretical work "Critique of ideology-free architecture". The Hollomey Travel Prize went to Paul Plankensteiner for his project "The Architecture of the Circle”, and the Tschom Housing Prize was awarded to Jomo Ruderer for his project "Concrete Utopia in Community Building". Finally, Maria Kougia's project "TOPOS: A Micro-climatic Landscape" received the recognition award for resource-saving and climate-friendly architecture, donated by the Chamber of Civil Engineers for Styria and Carinthia.

Transformation of a mining ruin on the Sonnblick

A journey across the Alps woke Jakob Zöbls enthusiasm for the design of landscape spaces. Inspired by this, he took a mining ruin on the Hoher Sonnblick as the starting point for his work "PALIMPSEST". For the conversion of the ruin he chose an approach of fragmentary further development and did not aim at conservation and reconstruction. His design complements the Sonnblick observatory and includes rooms for the national park. A central piece connects the two areas. The jury appreciated his sensitive and poetic approach to the topic. The work was supervised by Andreas Lechner from the Institute of Design and Building Typology at Graz University of Technology. 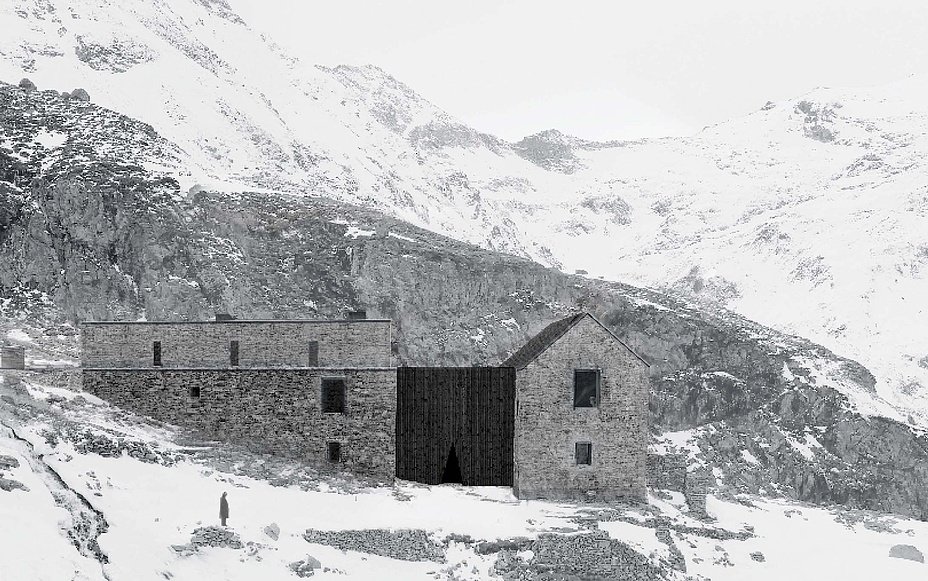 Jakob Zöbl takes the conversion of a mining ruin in the border area of the Hohe Tauern National Park in Austria as the starting point for his architecture master's thesis.

Habitable bridges over the Danube Island

Danijel Zorec's work focuses on the Danube and its role for the living space of the city of Vienna. As unique and prestigious as the river with its island is as an urban leisure and recreation area, it is a natural barrier that separates both sides of the city. In his final thesis Zorec uses the development potential of this situation to design an urban cluster with a high quality of life. "Living Bridges of Vienna" provides for several habitable bridges over the Danube Island, thus closing the physical and symbolic gap. Roger Riewe from the Institute of Architectural Technology at TU Graz was the supervisor of the thesis. Zorec convinced the jury with its radical and socially relevant design approach.

In her thesis "Critique of ideology-free architecture", which gained third place, Ramona Kraxner analyzes and criticizes the concept of architecture as a service or as a purely pragmatic action. It thus makes a valuable contribution to active architectural criticism. Anselm Wagner from the Institute of Architectural Theory, History of Art and Cultural Studies supervised the thesis.

Every year, the Faculty of Architecture at TU Graz awards the Graz Architecture Diploma prizes (GAD) for outstanding final theses from the previous academic year. The prizes are an incentive for architecture students to deal with challenging topics in their diploma projects and to develop innovative questions and convincing design concepts.
More information about the theses as well as the video recordings of the jury statements can be found on the GAD Awards website (in German language).