… vehicles of the future

How to build the world’s most efficient vehicle? What materials are suitable? Is electromobility the mobility of the future? In the TERA team we deal with all these questions and others besides. 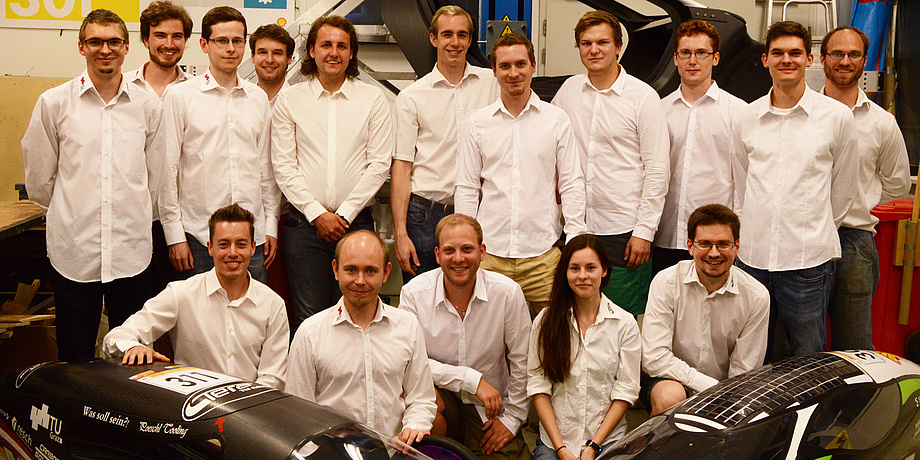 TERA TU Graz is a student team that develops energy-efficient vehicles. We are students of various Graz universities, and we work together because we want to educate ourselves further and because we want to help shape the future of mobility.

What does the TERA team actually do?

Since 2010 we’ve been competing very successfully in the Shell Eco Marathon – a student competition with the focus on economical driving – together with other European and international teams. With our battery-driven ‘Fennek’ models, we’ve always been among the best, and in 2014 we were able to set the world record for the most energy efficient automobile. The name Fennek comes from the extremely frugal desert fox ‘fennec’, the smallest species of canid or dog and whose habitat is the sandy deserts of North Africa.

We are constantly developing things further in our workshop.

In addition to competition vehicles, we are also building an electric car which has been given road approval, the IBEX. Our IBEX has been successfully tested on an ÖAMTC test track, and its components are being transferred from the original steel frame of the prototype to our new chassis, which is a carbon monocoque. We are constantly developing things further in our workshop. We are continually tinkering on the next generations of our vehicles, and it’s very exciting to be part of the team. In competitions such as the Shell Eco Marathon, we’re involved in practical trials, and we like to see how the others are doing. 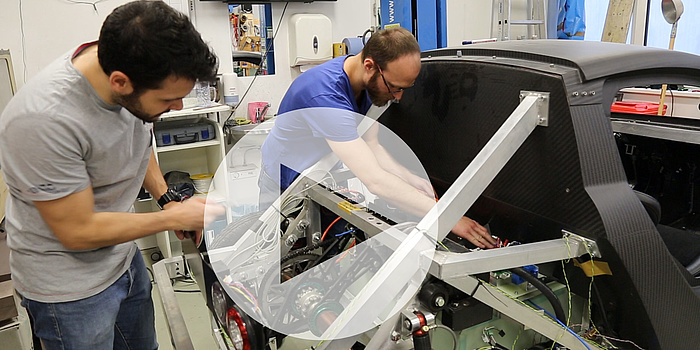 A visit at the workshop.

In London we want to show that the Fennek is one of the best in the world.

What is the Shell Eco Marathon?

The Shell Eco Marathon is an efficiency competition which is hosted at three locations in Europe, Asia and America. The aim is not to conquer the racetrack as fast as possible, but rather to consume as little energy as possible.
There are two classes you can enter: the prototype class and the urban concept class. Also in terms of type of propulsion there are two classes: combustion engines and electrical drives using fuel cells or batteries as an energy source. The next European Shell Eco Marathon is taking place in London in July, and we’re already working in full swing. We’re grinding, sealing and cutting the carbon, forming and finishing the parts – because in London we want to show that the Fennek is one of the best in the world.

The Fennek is our vehicle in the prototype class. The first version was built in 2010, and in those days it ran on hydrogen. In the meantime we’ve completely revised the Fennek four times, and equipped it with an electric powertrain. Our most efficient vehicle ever was in 2014, and we set the world record for the most efficient vehicle with the Fennek 2014. With its 1092 kilometres per kilowatt hour – that’s about 9707 kilometres per litre of petrol – no other team at the Shell Eco Marathon up to now has been able to beat it. 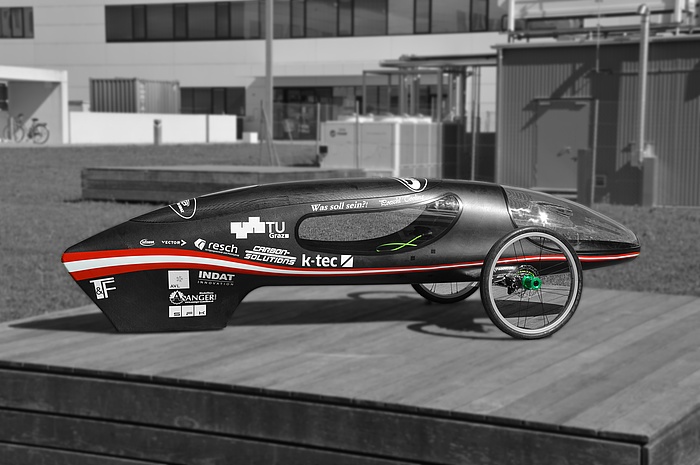 Originally propelled by hydrogen, the Fennek has been electrically powered in the last few years. Up to now, the 2014 model has remained unbeaten in terms of efficiency and range.

The Panther is our vehicle for the urban concept class. With this vehicle we gathered a lot of experience about how to build a larger car. Unfortunately we haven’t achieved a top place with the Panther yet. 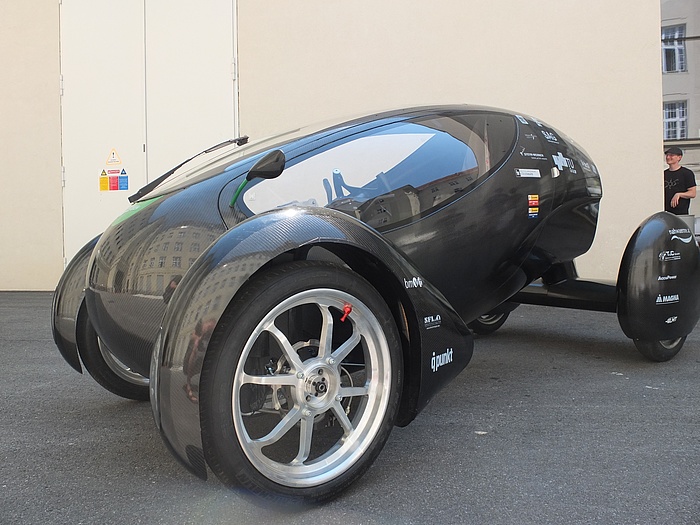 No podium finish for the city-mobile up to now, but who knows when the panther will leap into the top class.

The IBEX Is our biggest project yet – an electric vehicle for which we hope to obtain a road certificate. It will hopefully drive on the streets of Graz, but it will also be able to easily achieve longer distances at its top speed of 130 km/h. 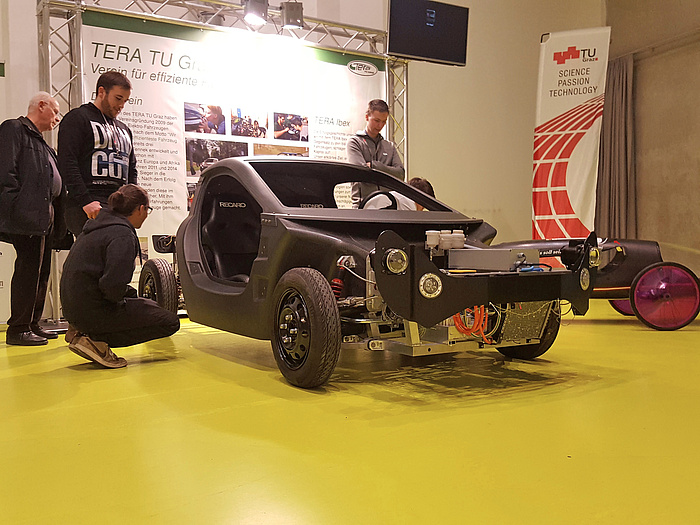 The IBEX is an electrically powered road vehicle with a carbon chassis and automatic transmission. It has already been successfully tested on an ÖAMTC test track.

According to the slogan ‘We are building the world’s most energy efficient vehicle’, the interdisciplinary student team TERA TU Graz develops energy-efficient vehicle technologies, concentrating particularly on electric drives, and is constantly trying out innovations.
You can find more information and videos at the Facebook-Page of the student team and on the TERA TU Graz-Website.