… TU Graz StreeTech and me: Same same but different

Robots, hackers, racing cars, dinghies and a concrete canoe: the Graz inner city will soon be transformed into a hotspot of inventive spirit – an arena for student projects. 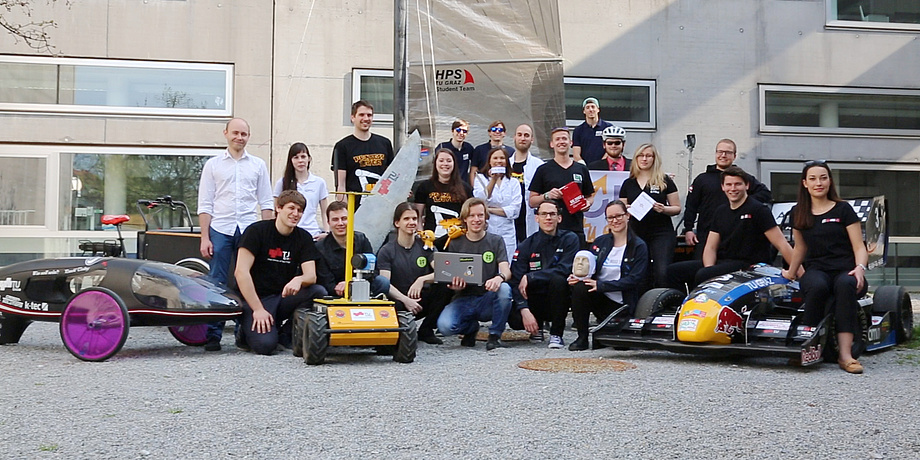 On 16th June, Graz Main Square and Eiserne Tor will become a playground for student project teams of TU Graz – just come along, experience the teams in action and join in!

What do the student teams of TU Graz and Lisa Friessnig have in common? An event! More precisely, the ‘TU Graz StreeTech – the next generation’ which takes place in the heart of the Graz old town on 16th June. Just for one day Main Square and ‘Eiserne Tor’ will become a playground for student project teams and anyone who wants to participate. How this came about and what visitors can expect, is explained here by the event coordinator in the TU Graz blog.

hacking the Mars rover live, paddling the concrete canoes in the fountain at Eiserne Tor, an obstacle course for cargo bikes, changing tyres of genuine racing cars – and this is only a few ideas which came up at our first meeting.

How it came about

The idea of advertising the different university courses of TU Graz using fascinating student-team projects as examples had already been done when I became part of the TU Graz study programme marketing team in April 2017. At the time this event was just a one-liner in the draft paper: ‘event in public areas with successful student teams’. And this is how our work began. The first steps were to explore the idea of the event and to refine the concept and most important of all – to introduce it in front of the selected student teams in the autumn.

The teams get to know each other

I must admit, I was a bit nervous. It wasn’t possible to know how the event would be received by the teams – after all, all the plans had been put together in private. But the result of the introduction was complete enthusiasm on the part of the teams. The atmosphere was really good, and all the teams were actively involved and gave their input: hacking the Mars rover live, paddling the concrete canoes in the fountain at Eiserne Tor, an obstacle course for cargo bikes, changing tyres of genuine racing cars – and this is only a few ideas which came up at our first meeting. From this point on, it became clear that we’d shape the event in close coordination with the teams and we’d get a varied programme up and running for the Graz public. Even though we were feeling very motivated before the meeting, the positive feedback from the teams gave us an additional boost and strengthened our hand in our plans.
For the detailed planning of ‘TU Graz StreeTech – the next generation’, there were two more in-depth meetings with the teams. The result of this was an assorted one-day programme which was an extract of all the different projects of TU Graz students. For all those who are already curious, you can read the programme here. But let me give you our recommendation: mark down the 16th of June in your calendar and watch the teams live in action!

The teams involved and what they’ve prepared for you: 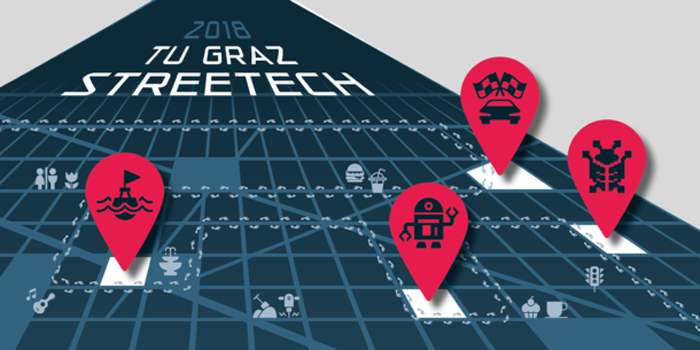 The TU Graz event StreeTech – the next generation offers show acts and info points all about cars, robots, boats and IT in the Graz community.

Fewer than two weeks to go until the event

The media invitations have already been sent out. All that’s left to do is just pray for good weather. Our current daily ritual: check the weather report – precautionary measures have already been put in place in case there’s a cloudburst, but of course we would prefer sunshine. Keep your fingers crossed! Final preparations are being made by the individual teams. 16th of June – we’ve got you in our sights! We’re ready and looking forward to it!

TU Graz StreeTech – the next generation
With show acts from the student teams and info points about studying at TU Graz.